Straight from the mystical Wudang mountains of China, learn Tai Chi from your own Virtual Reality Tai Chi Instructor right from your smartphone or tablet! 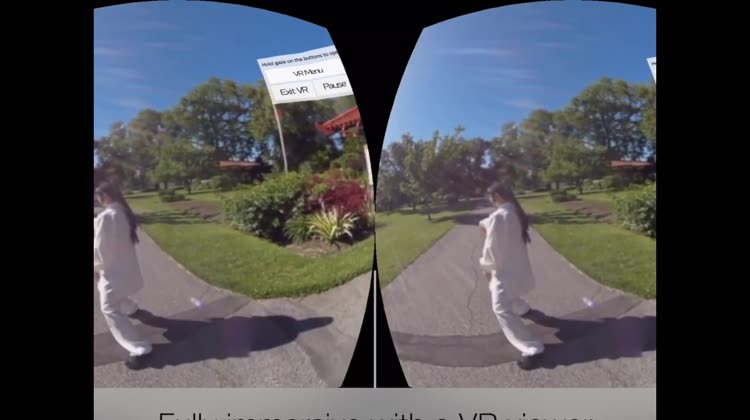 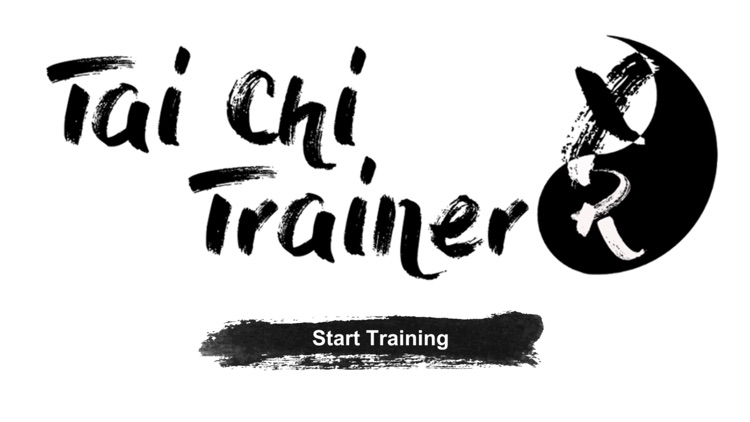 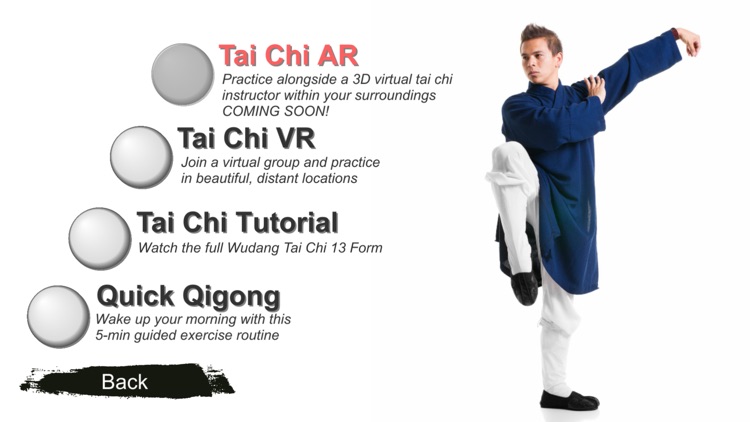 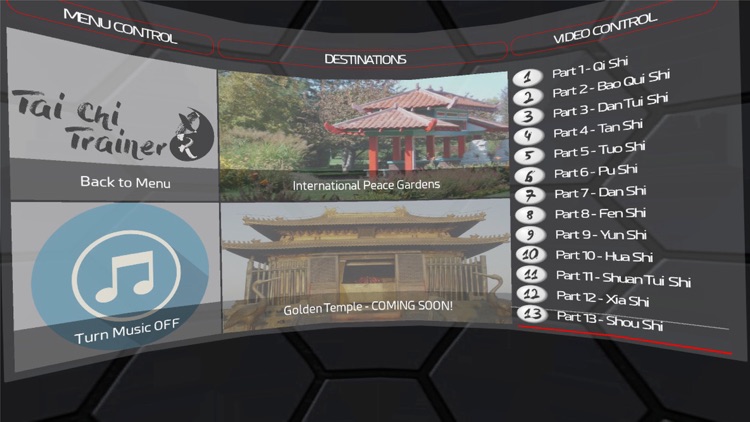 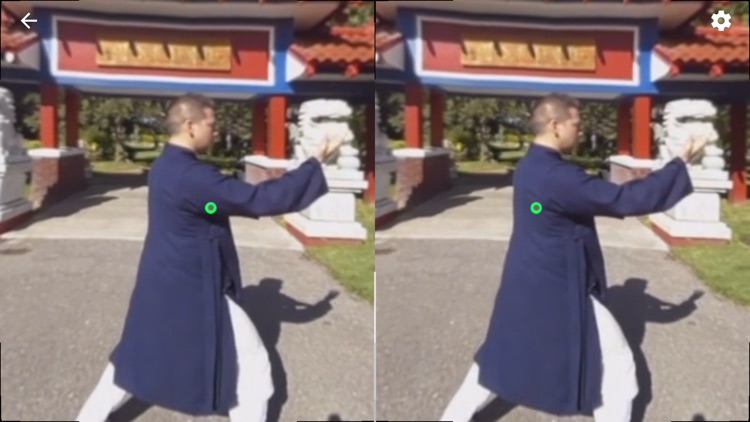 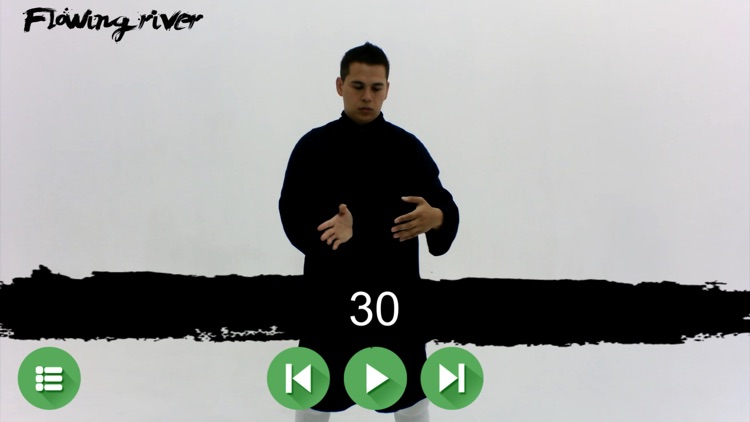 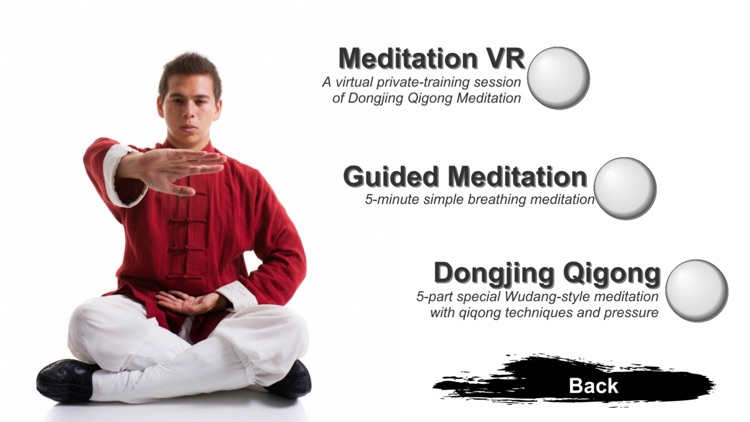 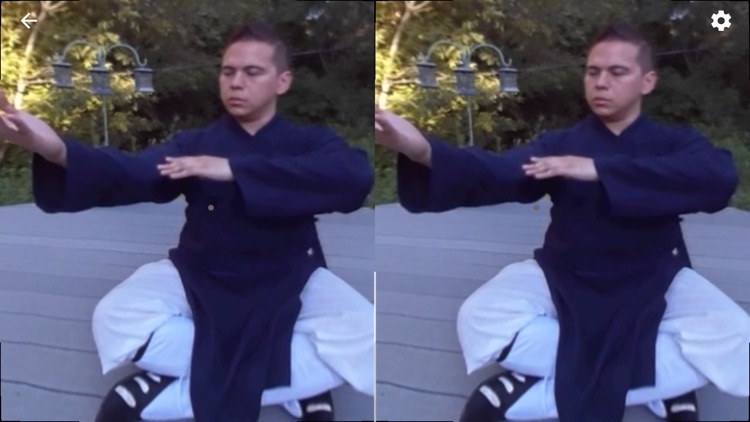 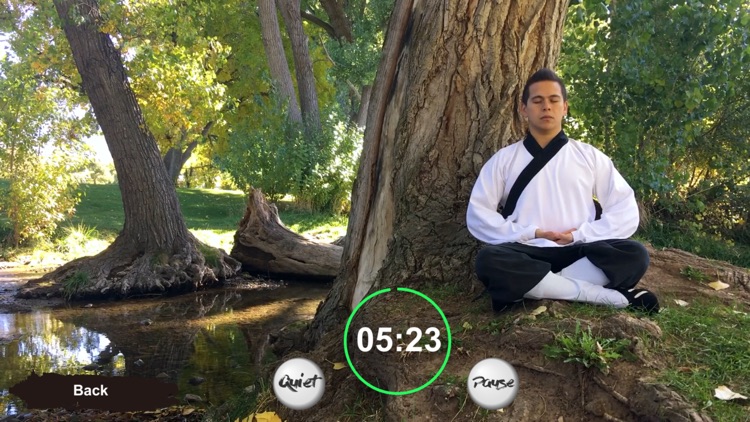 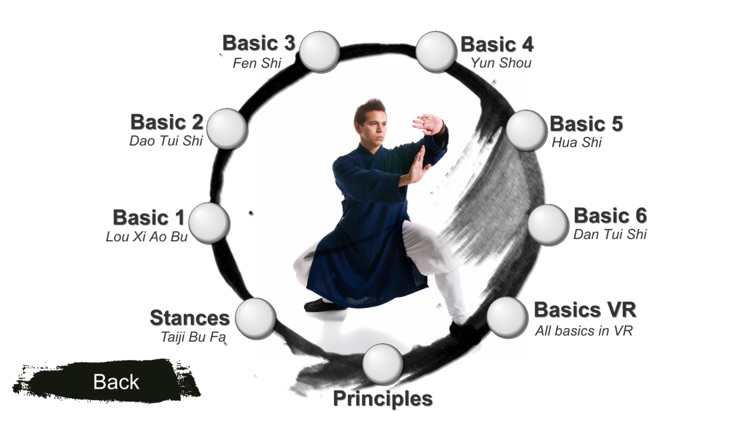 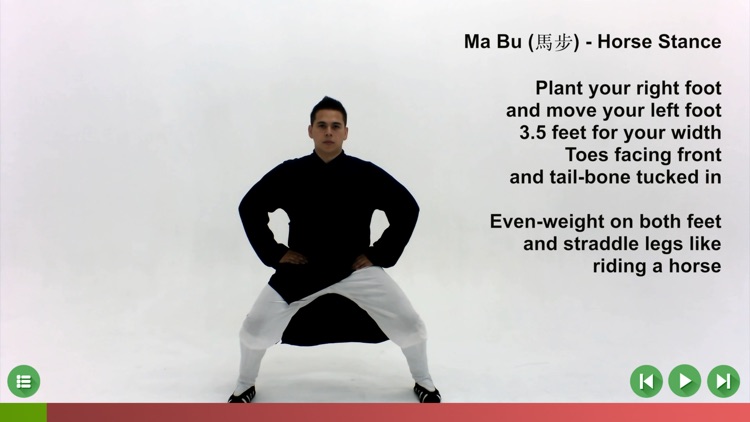 Straight from the mystical Wudang mountains of China, learn Tai Chi from your own Virtual Reality Tai Chi Instructor right from your smartphone or tablet!

You'll learn Tai Chi from the comfort of your home, living room, gym - anywhere! Perfect for users who don't have access to classes nearby. For smartphone users - use any VR viewer to fully immerse yourself in a 360° virtual world, with students and instructor surrounding you like a real class; for iPad users, utilize single-view VR mode and enjoy as you watch the group perform around you.

Tai Chi Chuan (Taijiquan) translates to "Supreme Grand Fist", being that it combines many elements into one package. Considered to be meditation in motion, Tai Chi is an ancient Chinese exercise balancing meditation, energy control and self-defense. This slow moving but dynamic exercise is for people of all ages and has been shown to increase balance, energy, mental health, lower stress and anxiety. Beginner friendly!

Choose from joining a virtual reality class in distant, scenic areas. Take a breather learning Daoist meditation techniques or learn a quick qigong routine to get your mornings going. All you need is a smartphone or tablet, access to data/wifi, and a VR viewer (optional, but highly recommended to use the VR options - smartphones only).

In this app, you'll be able to learn:

-Core principles of movement
-Basic movements, stances and principles associated with Wudang-pai Tai Chi Chuan
-Tai Chi in various formats such as video tutorials and the ultimate virtual reality experience. By using a headset, you can join a virtual group to practice your Tai Chi, see what the movement looks like around you, and feel like you're part of a group in distant locations.
-A quick 5-minute exercise routine using the fundamentals of Qi Gong
-Basic meditation breathing techniques
-Only tai chi app that offers Wudang-style Tai Chi Chuan 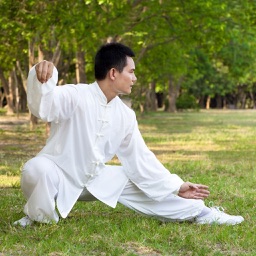 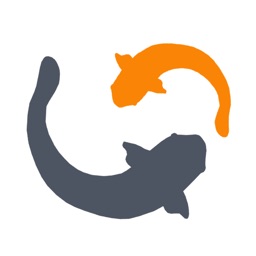 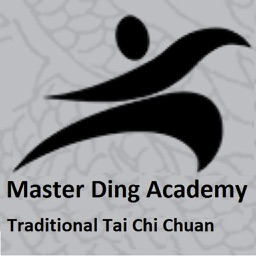 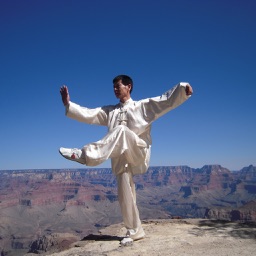 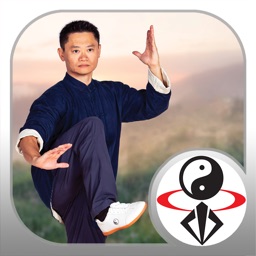