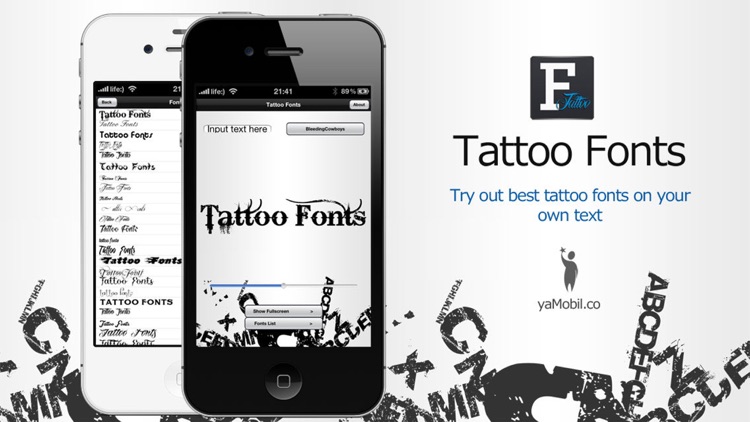 A collection of most popular fonts for Tattoos! Choose one, input text and instantly see how it will look!

Write your own text. Select size. Then go to fonts list screen and select the font you like. You will instantly see all fonts applied to your text in one scrollable list! Then, you can switch to full-screen view. Export tattoo sketch to phone memory. Now, you can see this font in your photo-stream. Share it to Facebook or Instagram. Its as easy as that!


* Please note, you must own the font to use it outside this application

A tattoo is a form of body modification, made by inserting indelible ink into the dermis layer of the skin to change the pigment.


The word tattoo, or tattow in the 18th century, is a loanword from the Polynesian word tatau, meaning "correct, workmanlike".[1] The Oxford English Dictionary gives the etymology of tattoo as "In 18th c. tattaow, tattow. From Polynesian (Tahitian, Samoan, Tongan, etc.) tatau. In Marquesan, tatu." Before the importation of the Polynesian word, the practice of tattooing had been described in the West as pricking, painting, or staining. Sailors on the voyage later introduced both the word and reintroduced the concept of tattooing to Europe.

This is not to be confused with the origins of the word for the military drumbeat — see military tattoo. In this case, the English word tattoo is derived from the Dutch word taptoe (OED).

The first written reference to the word tattoo (or tatau), appears in the journal of Joseph Banks (24 February 1743 – 19 June 1820), the naturalist aboard Captain Cook's ship the HMS Endeavour: "I shall now mention the way they mark themselves indelibly, each of them is so marked by their humor or disposition".

The word "tattoo" was brought to Europe by the explorer James Cook, when he returned in 1771 from his first voyage to Tahiti and New Zealand. In his narrative of the voyage, he refers to an operation called "tattaw". Before this it had been described as scarring, painting, or staining


A tattooed man's back, Japan, c. 1875
Usage of the terms "skin art", "tattoo art", "pieces", and work" is gaining greater support,[citation needed] with mainstream art galleries holding exhibitions of both conventional and custom tattoo designs. Beyond Skin, at the Museum of Croydon, is an example of this as it challenges the stereotypical view of tattoos and who has them. Copyrighted tattoo designs that are mass-produced and sent to tattoo artists are known as "flash", a notable instance of industrial design. Flash sheets are prominently displayed in many tattoo parlors for the purpose of providing both inspiration and ready-made tattoo images to customers. 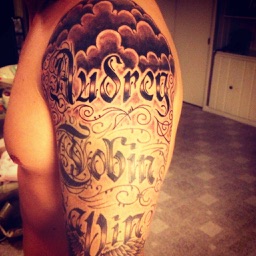 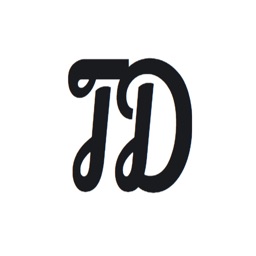 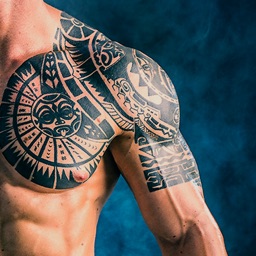 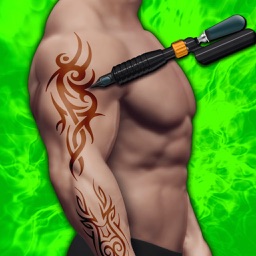 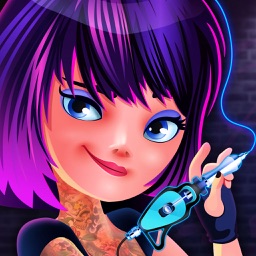