ToneBoosters Barricade is a studio-quality, professional peak limiter and compressor plug-in with an unrivalled workflow, unlimited creative use and a gorgeous, functional user interface. 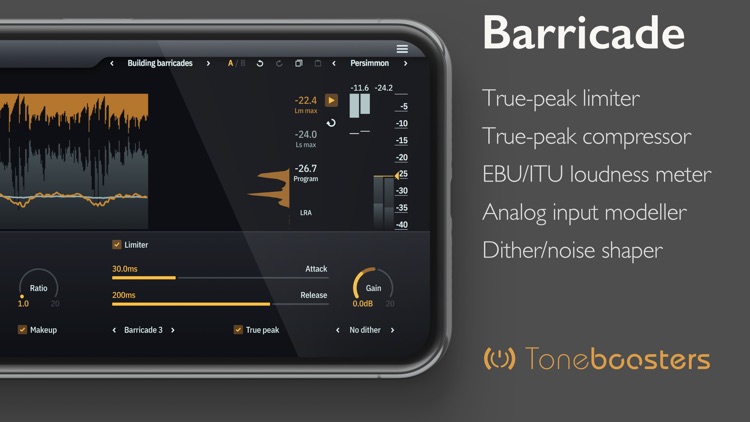 ToneBoosters Barricade is a studio-quality, professional peak limiter and compressor plug-in with an unrivalled workflow, unlimited creative use and a gorgeous, functional user interface.

The ToneBoosters Barricade app captures the microphone input and processes the signals in real time. To use it as a plug-in, use an AUv3-compatible host app such as Steinberg Cubasis, Apple Garageband, Audio Evolution Mobile Studio, Auria, AUM, or others. ToneBoosters Barricade will appear in the list of Audio Unit extensions for effect plug-ins.

Save and export of settings
- The stand-alone app (and IAA app) can load and save settings (locally on iPad, via iCloud, or via iTunes file sharing).
- These files can also be loaded into the desktop version of the plug-in.
- Due to iOS sandboxing restrictions, the AUv3 version can only export settings to be used in the stand-alone app or desktop version but can not share saved settings between AUv3 instances.

What you should know:
- Inter-App Audio (IAA) can only use one instance of this app simultaneously. We recommend to use an AUv3 host to use multiple instances.
- Licenses acquired for this platform are not compatible with other platforms.
- Audio Unit extensions require an iPad mini 2, iPad 4 or later models.

How to use this app as AUv3 plug-in in Apple Garageband for iOS:
https://support.apple.com/kb/PH24861?viewlocale=en_US&locale=th_TH

How to use this app as AUv3 plug-in in Steinberg Cubasis for iOS:
https://www.steinberg.net/fileadmin/files/PRODUCTS/Apps/Cubasis/Cubasis_Help/EF_Rack.html

How to use this app as AUv3 plug-in in Audio Evolution Mobile Studio for iOS:
http://www.audio-evolution.com/manual/doku.php?id=mixer_screen 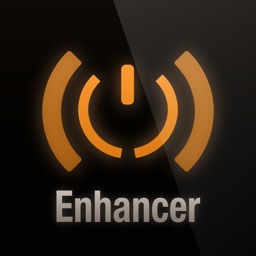 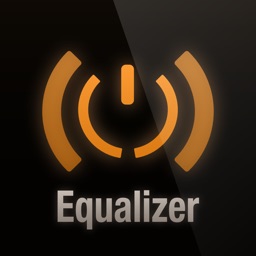 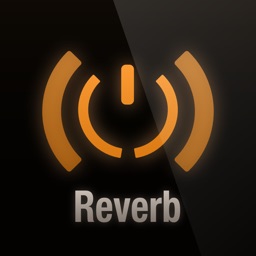 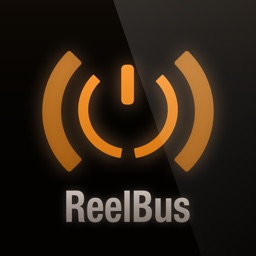 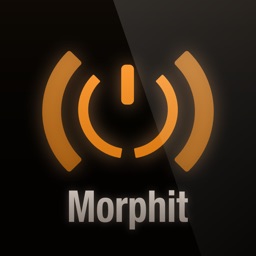