That Can Be My Next Tweet generates your future tweets based on the DNA of your existing messages. 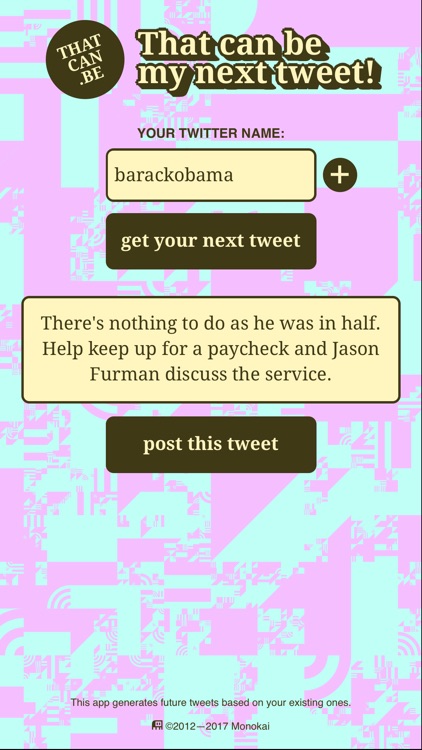 That Can Be My Next Tweet generates your future tweets based on the DNA of your existing messages.

NEW: combine your future tweets together with someone else to create bizarre mix-ups and profoundly strange combinations!

— WHAT OTHERS HAVE SAID —

Gizmodo: “Dreamlike. Semi-sensical. Sort of terrifying. The site is less a Twitter toy than a disturbing peer into my subconscious.”

Mashable: “While some of the autogenerated tweets seem plausible enough (…), other autogenerated strings are nothing short of hilarious.”

CNN: “A bizarrely addictive little time-waster (…) sounding something like a mashup of Yoda, a freshman philosophy major and Caine from Kung Fu.”

The Huffington Post: “The results are, predictably, hilarious. I couldn't have said it better myself.”

Time: “Add this to the pile of brilliant Twitter-related time-wasters.”

The Next Web: “Are we really so predictable that everything that we tweet can be broken down by a machine to figure out what we’ll say next?”

The Washington Post: “My theory is that this generator captures the subliminal. This sounds a bit like how I’d like to spend a Sunday in an alternate universe.”

Urlesque: “If you've ever wanted to write like a Twitter spambot, here's your chance. Trying it with Urlesque's Twitter gave us a whole bunch of ideas for animal videos we wish existed in real life.”

Similar Apps to That Can Be My Next Tweet 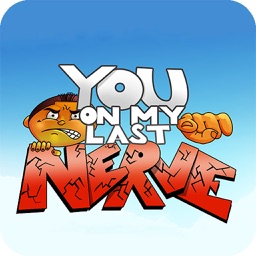 You On My Last Nerve 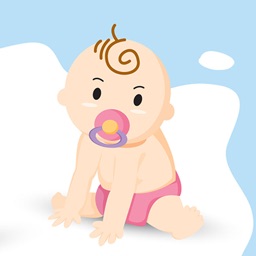 How Will Be My Baby Plus 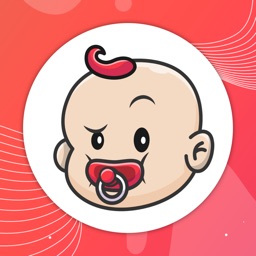 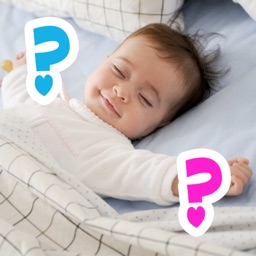 HOW WILL BE MY BABY BOY GIRL 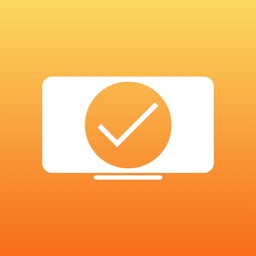 Maximilian Litteral
Nothing found :(
Try something else