This metronome app was developed to provide a powerful tool to deal with superimposed rhythms for music students of any instrument. 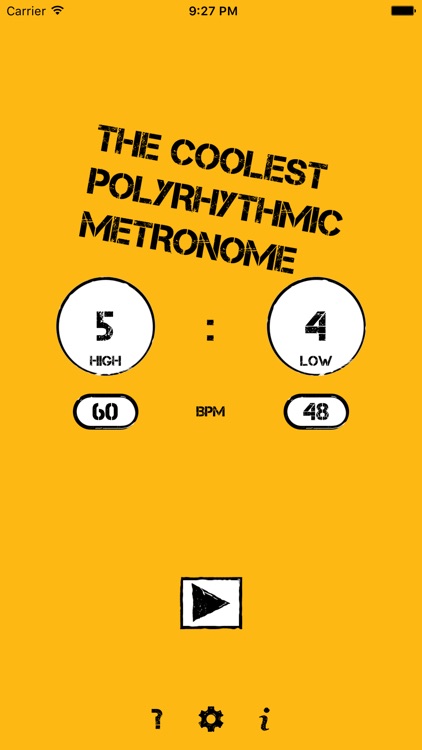 This metronome app was developed to provide a powerful tool to deal with superimposed rhythms for music students of any instrument.

According to the New Harvard Dictionary of Music, “polyrhythm is the simultaneous use of two or more conflicting rhythms, that are not readily perceived as deriving from one another, or as simple manifestations of the same meter” (1986: 646). In common use the term basically means two or more rhythms played simultaneously.

Polyrhythms have been used for a long time in many cultures. They represent a huge part of the African music tradition, that became the rhythmical foundation of most modern music styles such as blues, jazz, funk, reggae, pop, rock, latin music and many other styles.

In the last century, composers and performers experimented with many forms of polyrhythms and cross-rhythms, ranging from very simple to incredibly complex rhythmical superimpositions, expanding the boundaries of the perception of both musicians and listeners.

There are many ways to practice with this metronome. If you are not sure on how to use it, you could start by getting familiar with two against three, which is probably the most commonly used polyrhythm. Listen to the metronome and let your body feel the two pulses and the relation between both. Take your time. As soon as you start to feel it, try to clap one of them while tapping your foot to the other pulse. Then, reverse it. In order to deeply internalise these rhythms, it is very important to use different parts of your body for these exercises, regardless of what instrument you play. Try to sing and clap. Try different combinations of hands and feet, and also try to explore it on your instrument . If you have a drum set, you could experiment all possible combinations with your limbs using different sounds. Vary the tempos and dynamics and see how different it might feel and sound.

The next step is to approach more complex superimpositions: four against three, five against four, three against seven, etc. This type of exercise, will give the musician a lot more confidence in playing polyrhythms, and an overall rhythmical flexibility and freedom.

The Coolest Polyrhythmic Metronome was designed to precisely perform every possible superimposition of two regular pulses. Use your imagination and try to make music with it. Enjoy! 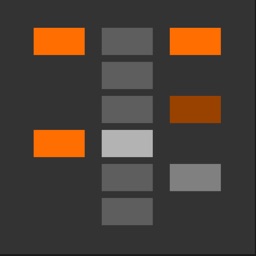 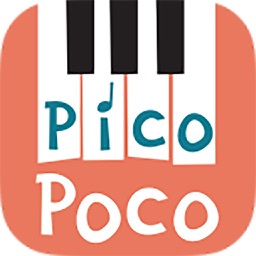 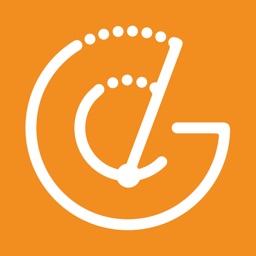 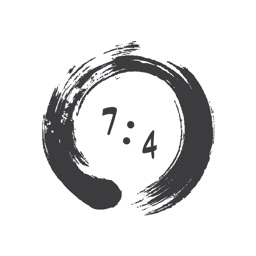 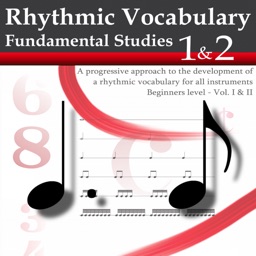 Rhythmic Vocabulary For All Instruments

MDECKS MUSIC, LLC
Nothing found :(
Try something else