Keep up to date with all the tournament action from The Professional Golfers’ Association’s national and regional schedules with the official PGA Tournaments App. 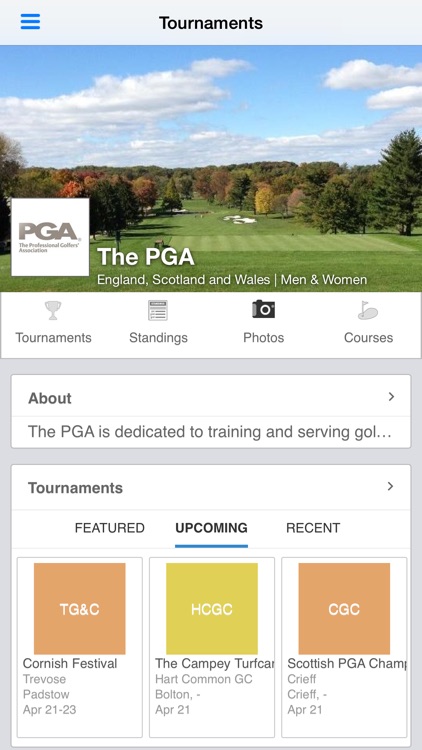 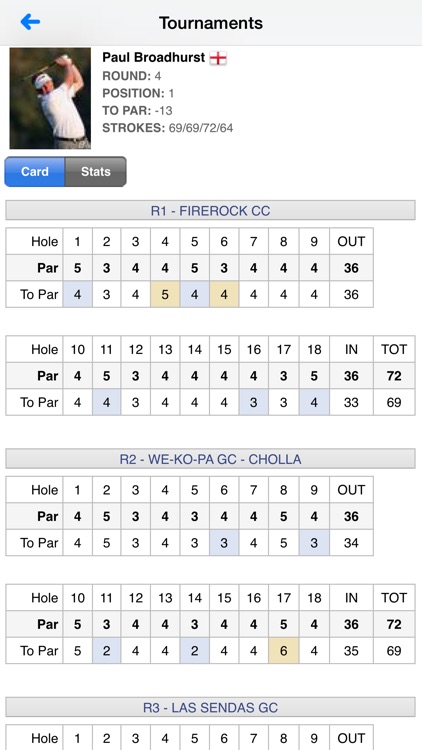 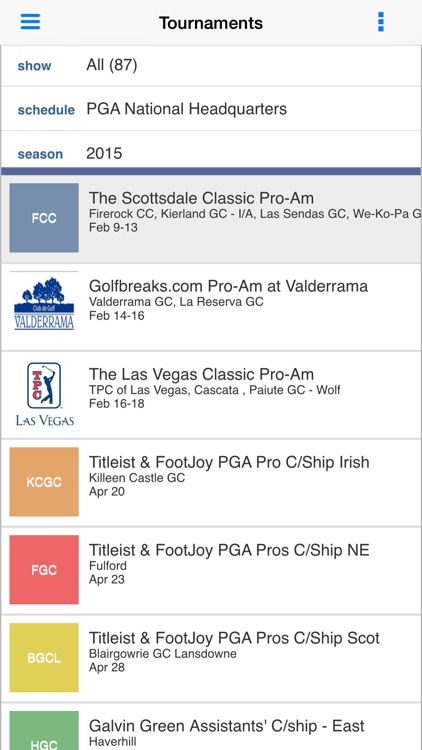 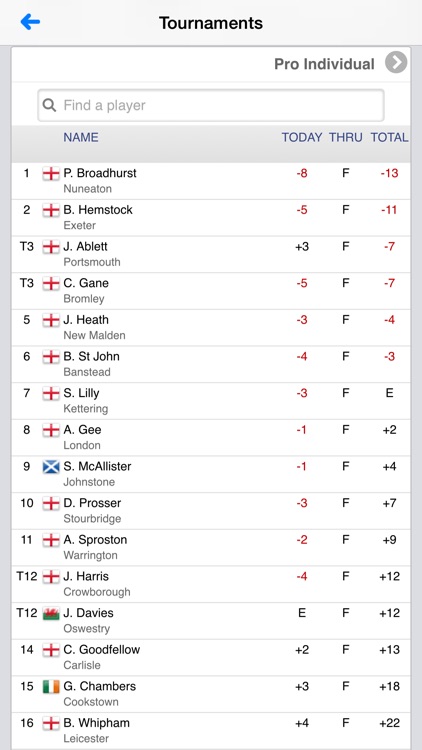 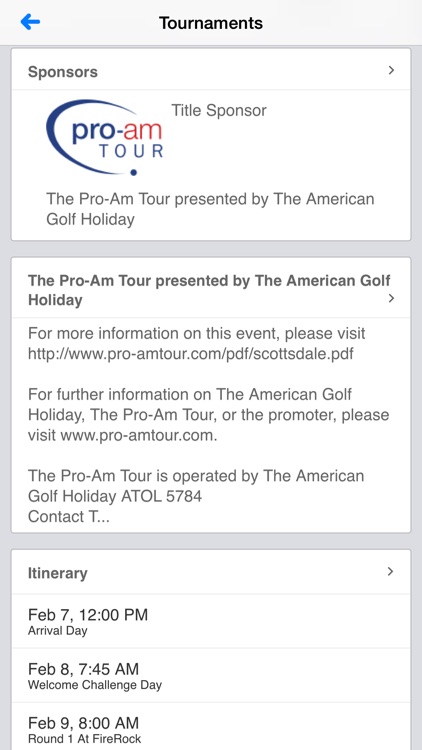 Keep up to date with all the tournament action from The Professional Golfers’ Association’s national and regional schedules with the official PGA Tournaments App.

Follow your favourite local PGA pros with up-to-date reports and scores as they contest some of golf’s longest running and most prestigious tournaments including the flagship PGA
Professional Championship, regarded as the ‘club pro’s’ Open Championship and the PGA Play Offs which determine the No. 1 ranked player in the UK and Ireland.

Other highlights of the season feature talented trainee and assistant professionals in the PGA Assistants’ Championship which was first contested in 1930 and numbers Tony Jacklin and Barry Lane among its past winners.

At the opposite end of the age range stars of yesteryear will be displaying their skills in the PGA Seniors Championship, Senior PGA Professional Championship and PGA Super 60s while the ever popular PGA Fourball Championship will attract entries from all over the UK and
Ireland in this unique format.

The PGA Tournaments App also has plenty to interest amateur golfers who can follow the action from Europe’s biggest pro-am which sees 70,000 golfers battling to secure a place alongside their club pro in one of 16 regional finals of the PGA National Pro-Am Championship

Golf club captains will also feature as they play for pride and club honour in the PGA International Pro-Captain Challenge.

At regional level, golf fans can track the progress of local favourites in the fiercely contested regional Order of Merits which will see the top three from each of the seven PGA regions (Scottish, Irish, North, Midlands, South, East and West) go forward to the PGA Play Offs and be in with a chance of securing starts in some of the European Tour’s biggest events.

Check in to PGA events, and use GPS to let event staff see your location on the course while you play.*

*Continued use of GPS running in the background can dramatically decrease battery life.

Similar Apps to The PGA 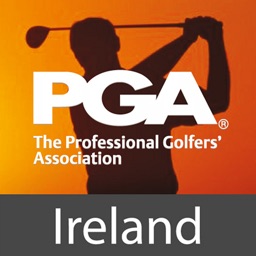 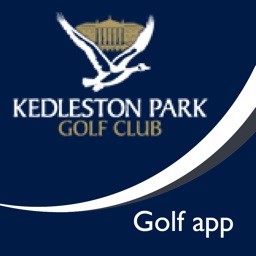 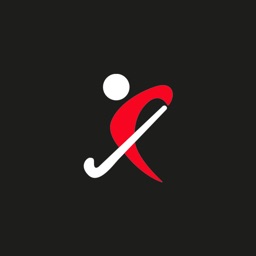 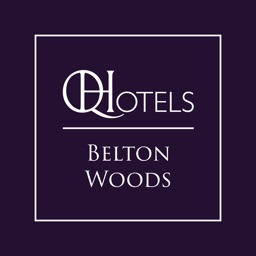 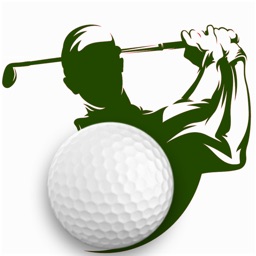 Jeremy Griffin
Nothing found :(
Try something else