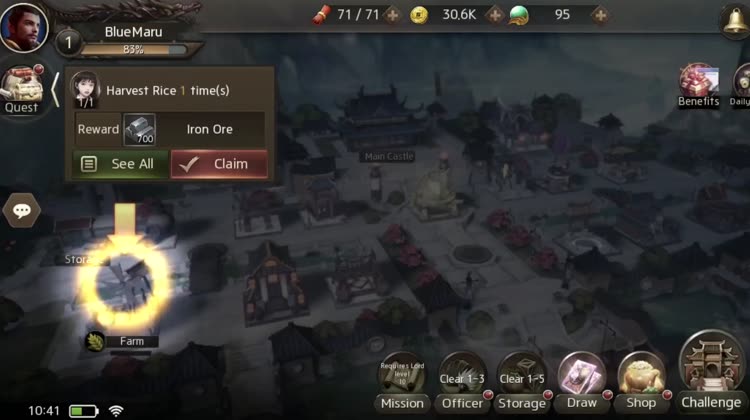 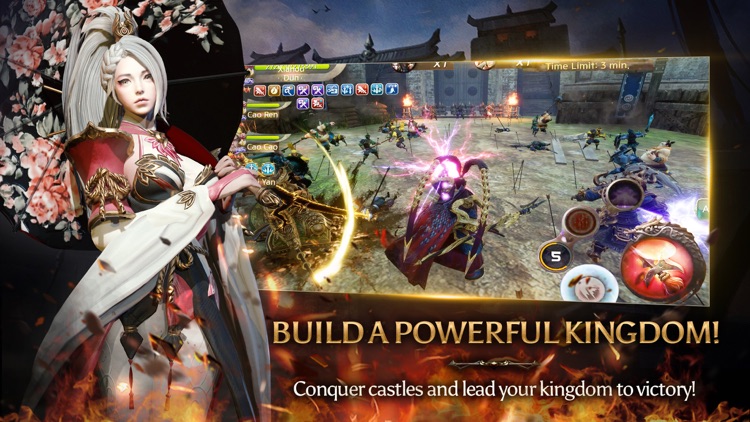 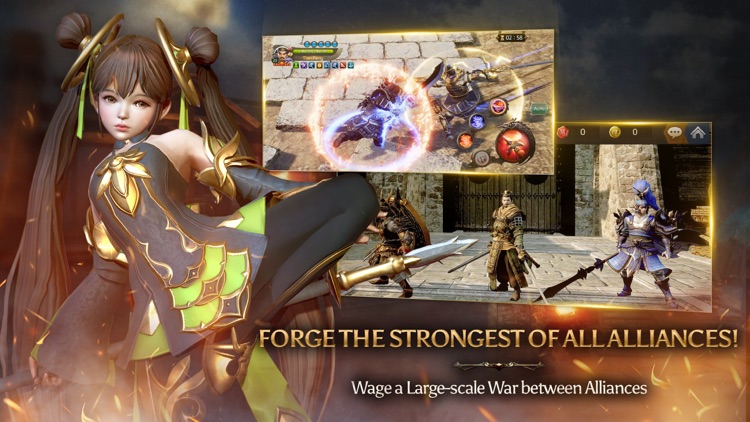 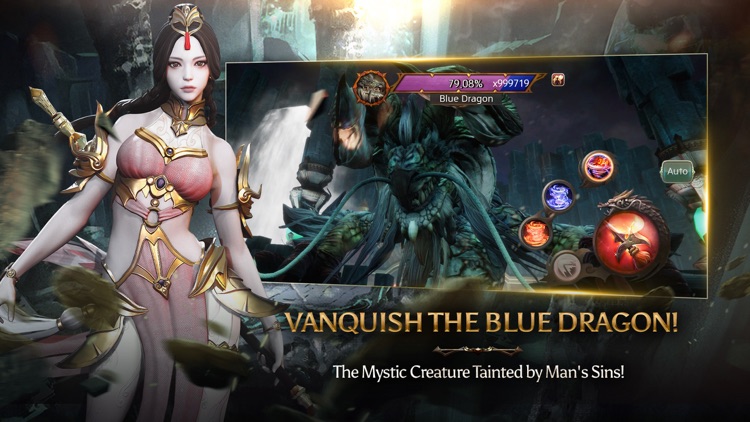 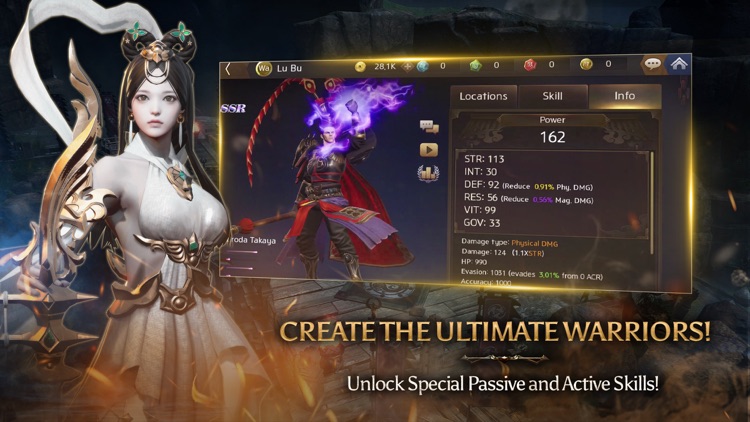 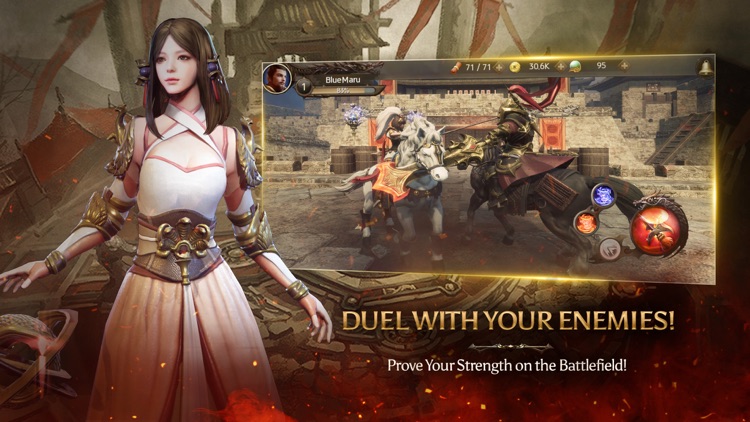 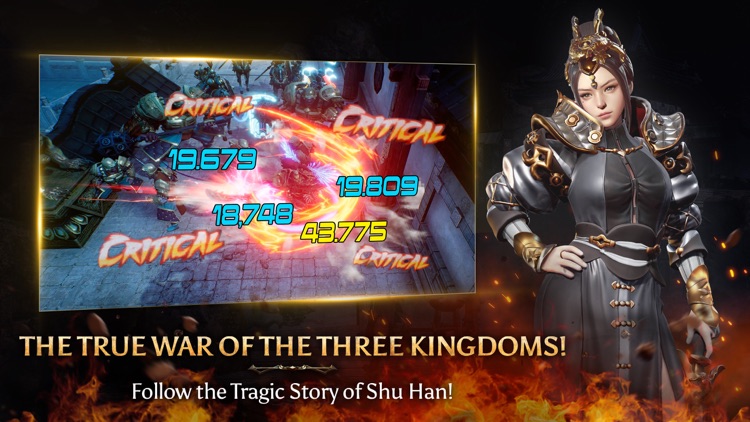 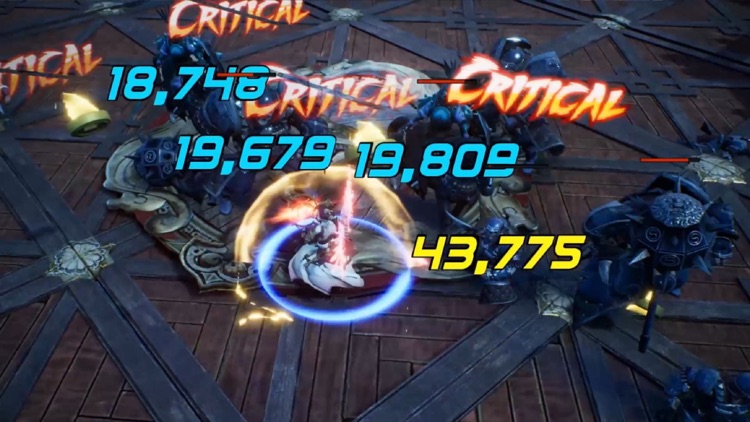 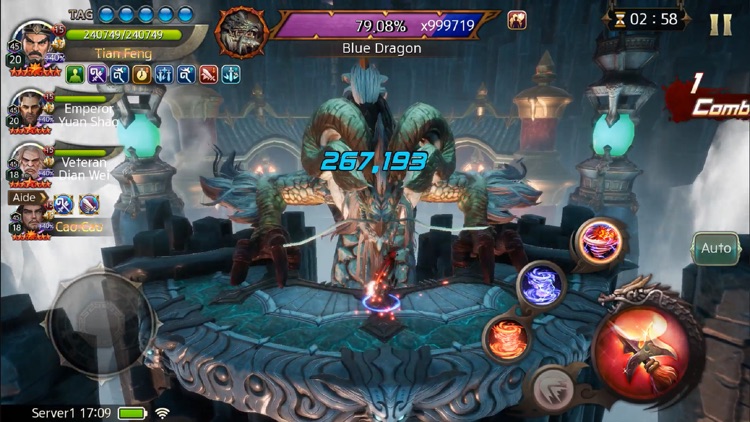 # Spectacular Battle Moves of the Three Kingdoms Warriors!
Enjoy the original story while having fun with a great variety of heroes and skills in this ARPG game! Command Guan Yu, Lu Bu, Zhang Fei, Xiahou Dun, Lu Lingqi, and other great warriors of the Three Kingdoms and dominate the battlefield with their unique and powerful battle skills! Live several well-known battles from the Romance of the three kingdoms. Dominate the battlefield with your heroes! Cultivate military commanders, break through their limits, and enjoy super refreshing battles with gorgeous battle skills!

# Vanquish the Fallen Mystic Creature!
Join forces with other heroes, generals, and fight World Boss monsters in the Mystic Creature Battle mode!
Defeat the Mystic Creatures by using your expert control skills, blades, and most powerful warriors! You will be rewarded with items to increase your power! Build a powerful hero army with them!

# Fight in different game modes!
Participate in large-scale 50 vs. 50 Battles between Alliances with heroes and fight in this large-scale Alliance War with 49 other monarchs! Strategically place your warriors and form impregnable lines of defense. Lead your alliance to victory!
You can also participate in other PVP game modes such as national battles, 10v10 arena battles, 3v3 PVP mode or one-to-one duels! Show your worth in the battlefield. Various ways to play! Get the strongest generals and aim to dominate the world through the multi-mode that you can’t get tired of playing!

# The True War of the Three Kingdoms!
Join Wei, Shu, or Wu and conquer the capital cities of the other kingdoms! Defeat enemy players and conquer as many castles as you can and lead your kingdom to victory! Increase your Contribution and distinguish yourself in the Three Kingdom War!

# Strengthen Your Warriors!
Special Passive and Active skills are unlocked, depending on your gear grade, which will make your heroes stronger. Use the 7-star Rank-up and Badge Imprint Systems to create ultimate warriors! Sweep the battlefield with special Wings and Aura decorations!

# Never-ending Content!
"Single Combat" mode to enjoy continuous 1:1 matches or "Tourney Hall" for deathmatches
Lead your most formidable warriors and attack the gateways! "Heroes of a Troubled Time"
Mobilize all your warriors for battle! "Endless Battlefields"
Secure resources for your kingdom and heroes! "Pillage War"
Build a powerful kingdom! "Kingdom Reign Mode" 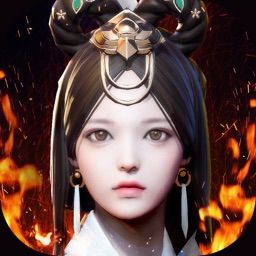 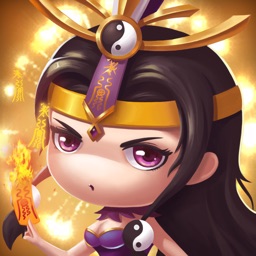 Mini Of Three Kingdoms—legend of war 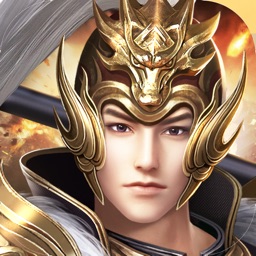 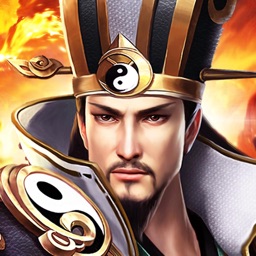 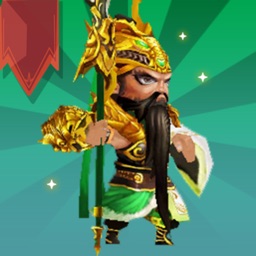 Jiae Kim
Nothing found :(
Try something else