These totally awesome facts can help you look like a gosh darn Genius or just an annoying know it all. Either way you are making an impression :) 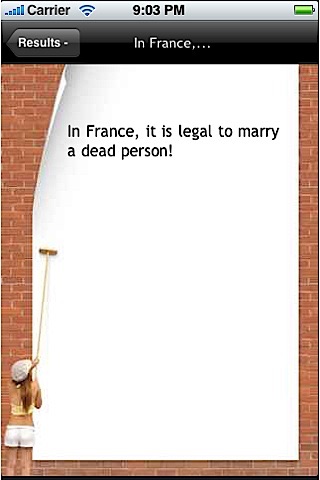 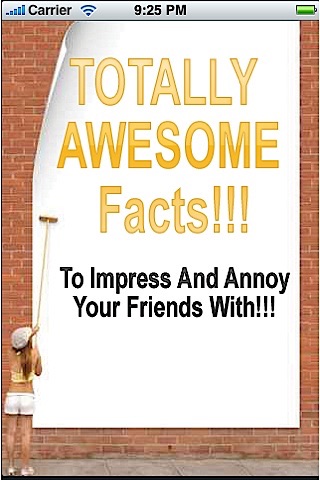 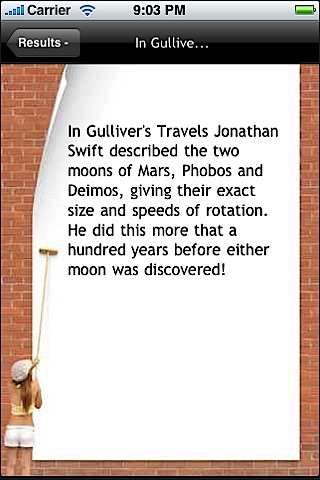 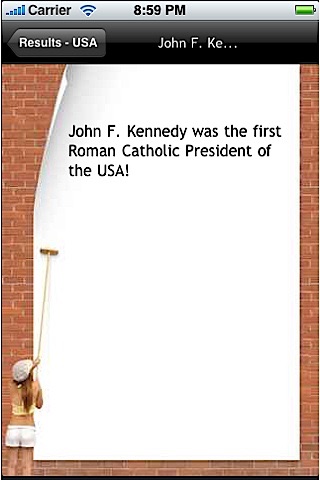 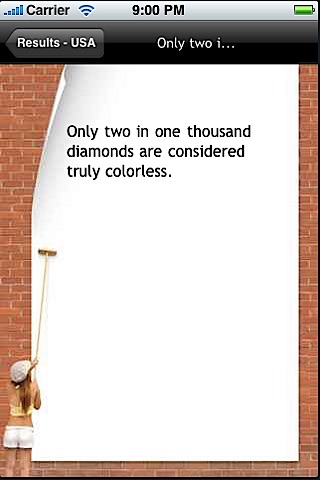 These totally awesome facts can help you look like a gosh darn Genius or just an annoying know it all. Either way you are making an impression :)

Here is a sample of Totally Awesome Facts:

A one ounce milk chocolate bar has 6 mg of caffeine.

A person infected with the SARS virus, has a 95-98% chance of recovery.

Rudyard Kipling refused to write with anything other than black ink.

Sales of Rolaids, Alka-Seltzer, and Tums jump 20% in December "

Salmon can jump as high as 6 feet.

Sandra Bullock is allergic to horses!

Saturn's rings are about 500,000 miles in circumference but only about a foot thick.

Scientists are now able to grow 'beating' heart tissue in a lab!

A toaster uses almost half as much energy as a full-sized oven.


A volcano has enough power to shoot ash as high as 50 km into the atmosphere.

About twenty-five percent of the population sneeze when they are exposed to light.

Airports that are at higher altitudes require a longer airstrip due to lower air density.

Albert Einstein was offered the presidency of Israel in 1952, but he declined.

Alexander the Great and Julius Caesar were both epileptic.

All babies are color blind when they are born.

Americans did not commonly use forks until after the Civil War.

There are three golf balls sitting on the moon.

There have been 47 Charlie Chan Movies, with six actors playing the part. None were Chinese!

There have been over 7,200 acts of terrorism against the US over the last 15 years.

There is a city called Rome on every continent.

There is a species of clam that can grow up to four feet long and weigh up to 500 pounds.

There is more real lemon juice in Lemon Pledge furniture polish than in Country Time Lemonade.

There is no tipping at restaurants in Japan.

There is one slot machine in Las Vegas for every eight inhabitants.

There was no punctuation until the 15th century.

There wasn't a single pony in the Pony Express, just horses!

Thomas Edison, lightbulb inventor, was afraid of the dark!

Three consective strikes in bowling is called a turkey.

Get it for FREE in the App Store
Disclaimer:
AppAdvice does not own this application and only provides images and links contained in the iTunes Search API, to help our users find the best apps to download. If you are the developer of this app and would like your information removed, please send a request to takedown@appadvice.com and your information will be removed.
Nothing found :(
Try something else