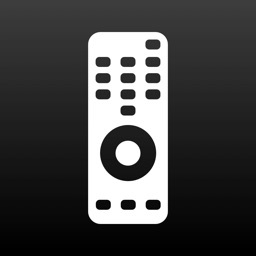 TV Remote allows you to take control of your television from your mobile device. 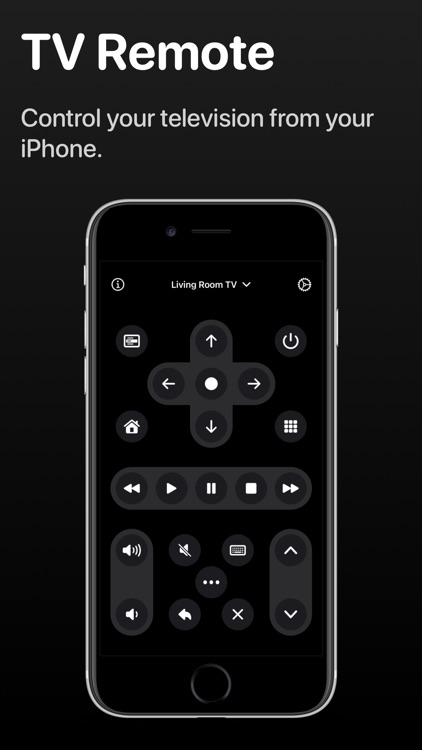 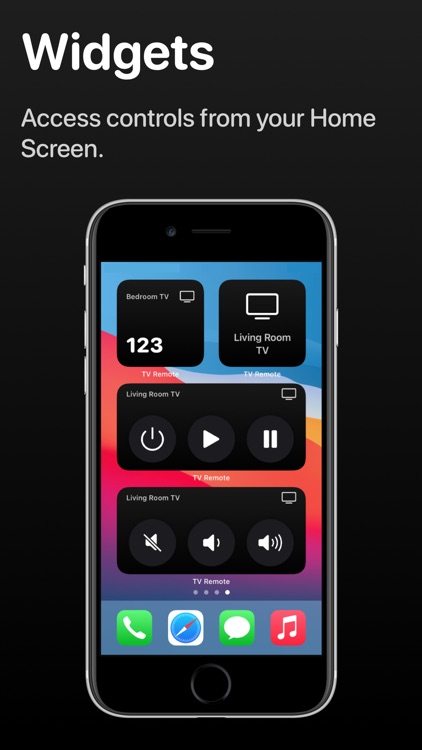 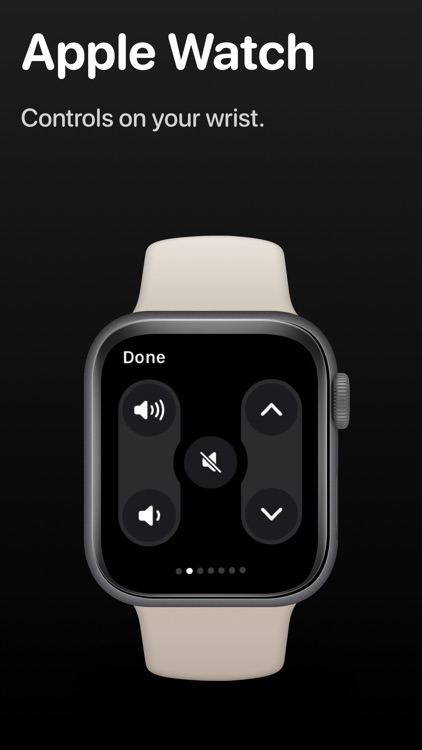 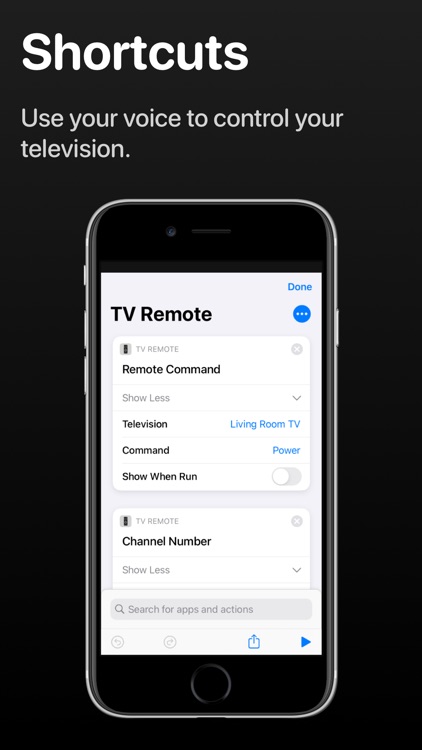 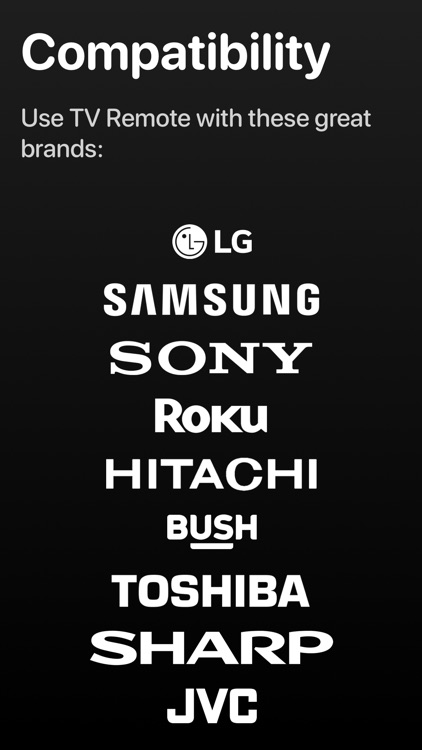 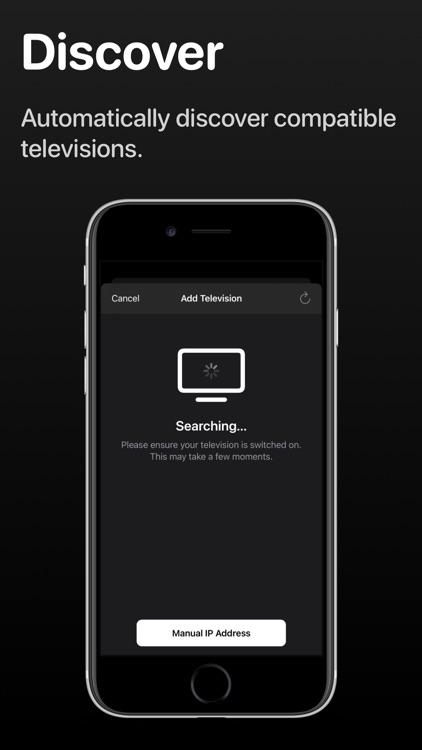 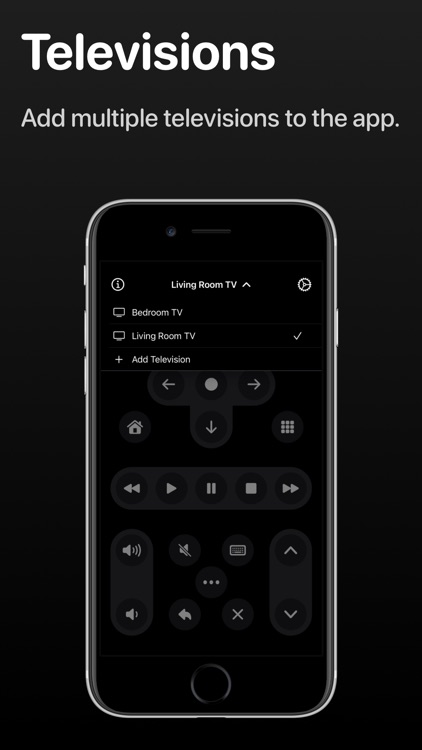 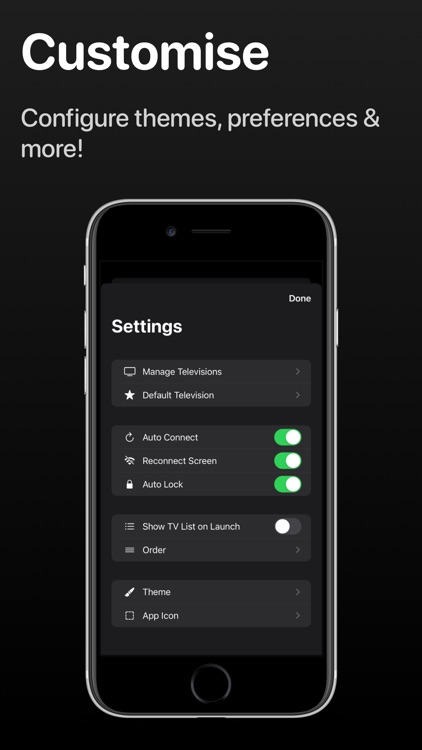 TV Remote allows you to take control of your television from your mobile device.

TV Remote features a beautifully simple design that makes it easy to start controlling your television set. It's deliberately simple and feels familiar no matter the television you are using the remote app with.

The app is compatible with the following television brands:

After adding your TV, you’re ready to go! TV Remote contains the majority of keys you’d find on the standard remote control in a clear, simple and easy to use interface. All controls that don’t fit on the screen have been added to a special menu - accessed by tapping the ellipsis icon. When tapping a key, you’ll receive haptic feedback so you know you’ve pressed it.

If you have an Apple Watch, you can take advantage of the TV Remote app for watchOS. Televisions sync via iCloud so you won’t need to re-add them on your Apple Watch. Once synced, you’ll then be able to control power, volume and channel straight from your wrist!

Control your television using Siri. Setup TV Remote with the Siri Shortcuts app and you'll be able to start controlling your television with just your voice or add them as part of an automated workflow. You can switch channels, send commands, open apps or even change sources!

Use the in-app keyboard to type out text that will appear on your TV in supported text fields.

Launch apps on your TV directly from the TV Remote app.

By using WOL (Wake-on-LAN), TV Remote can power on your TV even when it is off! Just enter your MAC address in the Settings screen to use it.

Choose exactly how you want your remote to look!

Control your TV using a touchpad for easier navigation.

If you have more than one supported television, you can add them all to the TV Remote app quickly and simply from the television switcher menu.

The app has been developed throughout to support VoiceOver & Dynamic Type users.

Please note, a supported television is required for full app functionality. TV Remote may not support all televisions provided by the manufacturers listed above.

All brand names, copyrights and trademarks belong to the companies and not the TV Remote app. 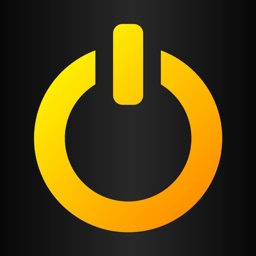 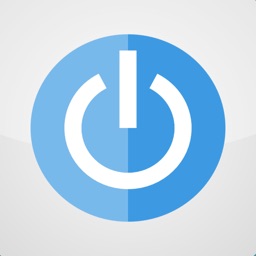 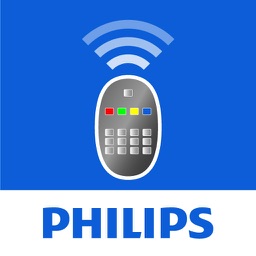 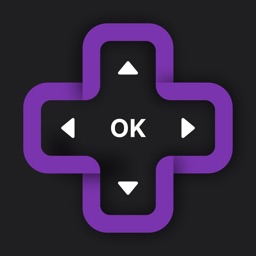 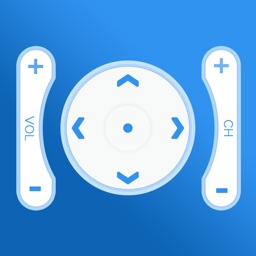 Recca Nino
Nothing found :(
Try something else