Vadify - Chats Translator App - chat in your mother tongue and the app will translate your voice into any language you choose. 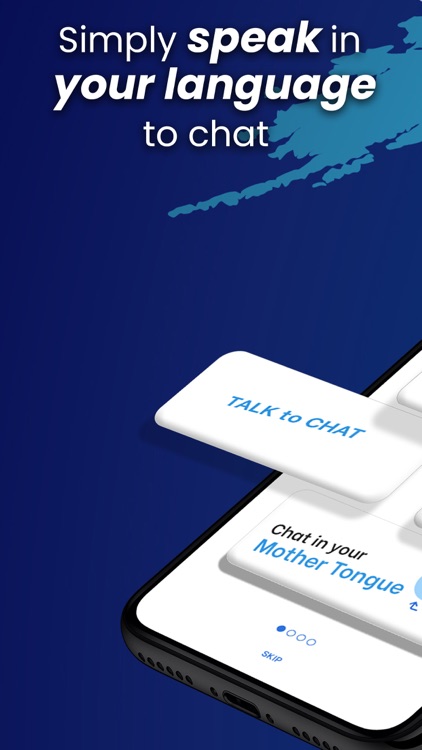 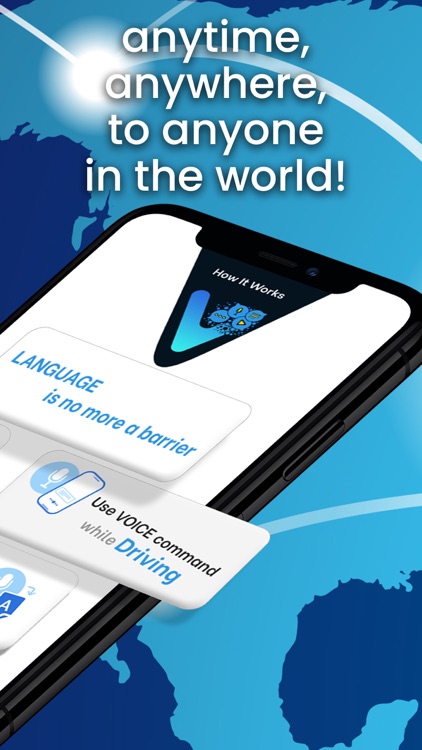 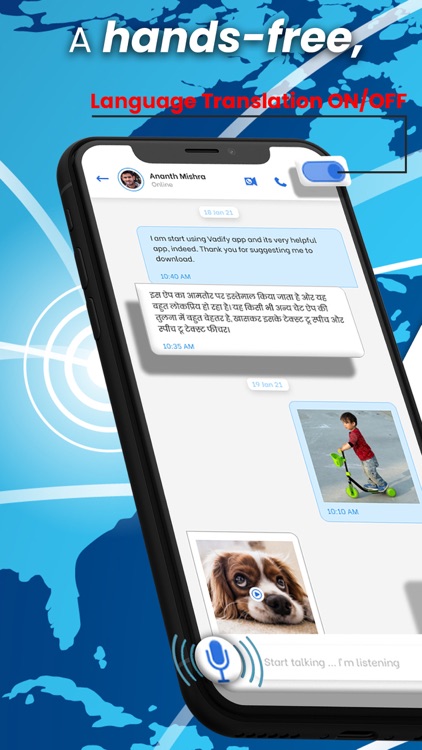 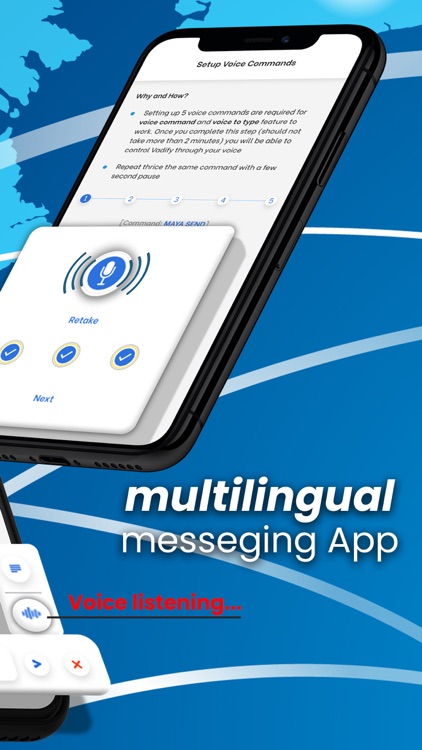 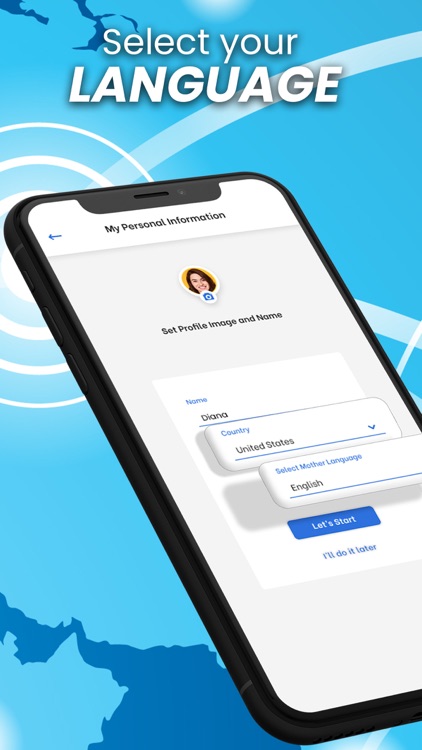 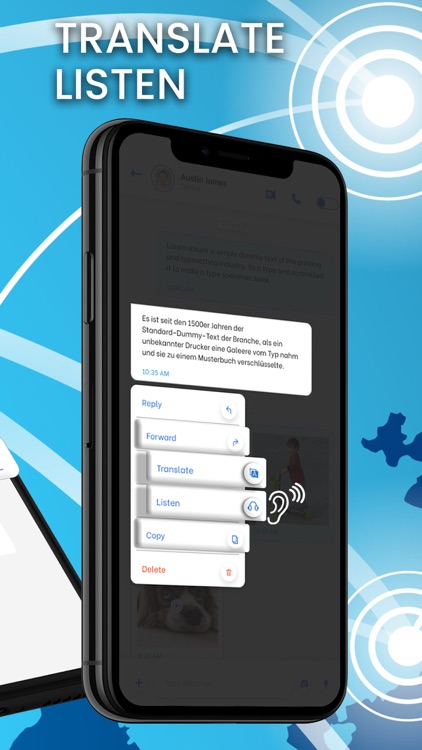 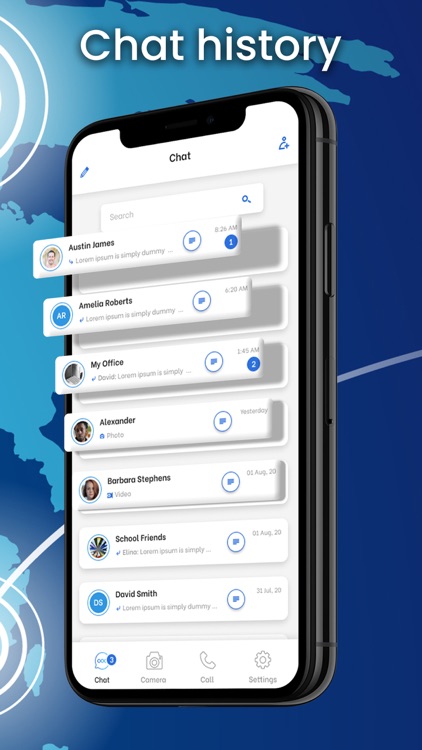 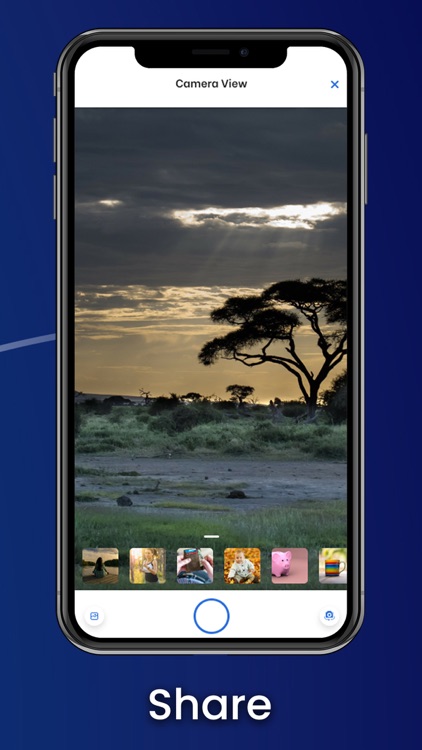 Vadify - Chats Translator App - chat in your mother tongue and the app will translate your voice into any language you choose.

If you are looking for a Chat Translator app that translates your speech into foreign text and makes communicating with any foreigner easier than ever, then this Chat Language Voice Translator App is for you!

With the Vadify - Chats Translator App, LANGUAGE IS NO LONGER A BARRIER to communicate. You can chat and make friends with anyone, anywhere around the globe. You and your friends or collogues may speak different language, but that is no longer a problem in communicating if you have Vadify.

HANDS-FREE CHATTING: VOICE INTO TRANSLATED TEXT
It's a Language Voice Translator that will translate your voice into text of any targeted language. Chat with translation and enjoy the freedom of communicating freely around the world. If you are looking for a Universal Translator app that allows you to speak-translate your messages, then this app is definitely for you! This app also supports text to text translation, so you can also input written messages to be translated and sent to your friends.

## Perfect Translation:
Our team has worked really hard to make this Speak-Translate Chat Translator app to be smart and accurate for flawless translation.

## One-to-One & Group Chats:
You can enjoy chatting with a single person or multiple people from different countries who speak different languages. Welcome to the new era of communication with Vadify Translated Chat app. This app is capable of translating one language into multiple languages at once! It will allow you to connect with people in a way that has never been possible before! If you are searching for a Chat Conversation Translator app that allows you to chat with people with multiple mother languages at once, Vadify might be the perfect tool for you.

## One-to-One & Group Video and Audio Calls:
This Chat Conversation Translator app also allows you to make audio and video calls and group calls worldwide. You can have virtual meetings and conferences with great security as this app will provide you with end-to-end encryption while sending or receiving a message. The instant connection feature will allow you to have video conferences with people around the world instantly. Whether you are looking for a Video Chatting App for making video call and chat with ease, this app is for you.

## Share Multimedia and Files:
This Conversation Translator for All Languages app will also allow you to share photos, videos, audio messages, video messages, along with all kinds of files through a secure line. This is not just a Translate Messenger or Translated Chat app, it's a secure multimedia and file sharing app too! Whether you are sending personal pictures or business files, this app will aid you big time!

## Data Privacy:
This Chat Translator app offers ultimate data protection and privacy for you. We permanently delete your data from our servers the moment it's delivered to the recipient. Even we cannot access your data!

## Over 100 Languages:
This is our prime feature! We are here to give you the chance to make friends with people from around the world. It really doesn't matter if you speak their language or not, or vice versa.

*****
Connecting with people from different parts of the world has never been easier as it is with this app. Download the Vadify - Chats Translator App because it's time to connect the world with freedom of language. 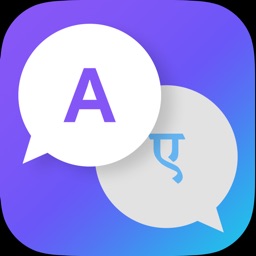 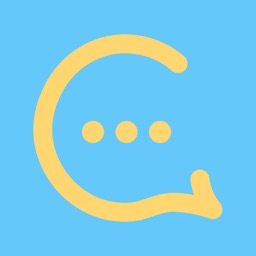 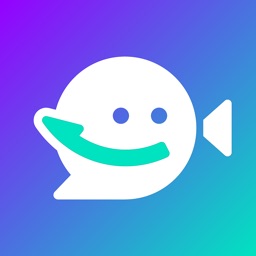 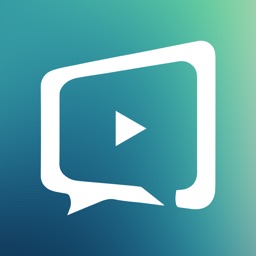 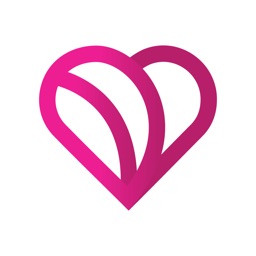 Yahor Kavaleuski
Nothing found :(
Try something else