Victorian Chapel Organ is a small but powerful instrument, perfect for small Houses of Worship or home organ practice. 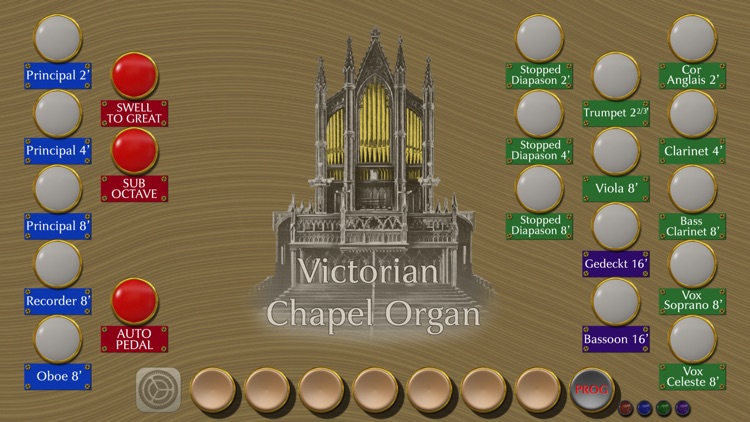 Victorian Chapel Organ is a small but powerful instrument, perfect for small Houses of Worship or home organ practice.

Victorian Chapel Organ does not use samples, leading to an extremely small application footprint. But don’t be fooled by its size. This organ makes some giant sounds, and at the same time will run happily on very old hardware, including iPad 2, iPhone 5C and iPod Touch 4G.

The organ may be played with 2 MIDI controller keyboards and pedals attached, just 2 keyboards, or just a single keyboard.

All three divisions can be played using a single keyboard. The couplers allow a single keyboard to play both the Great and Swell divisions, and the smart 'Auto Pedal' coupler pushes the lowest note played on the Great to the Pedal division, giving powerful bass reinforcement and allowing the full compass of the instrument to be reached via a single keyboard. The Swell division responds to Mod Wheel, Expression and Volume (CC 1, 11 and 7) as 'swell pedal', the Great channel's Volume (CC 7) sets the level of the overall instrument. A 'Crescendo' pedal feature allows stops to be pulled out and pushed in progressively to add or reduce volume. Crescendo responds to either of Pedal MIDI channel CC1 or CC11 (Mod Wheel or Expression)

Despite having just 19 stops, the hollow flute tones of the Swell's Stopped Diapasons, plus its ranks of harmonically-rich reeds, perfectly complement the beautiful, classical smoothness of the Great. The organ offers a hugely flexible palette of sounds from its carefully-designed stops. And the organ's dynamic range is huge, the difference between a solo Vox Humana at minimum swell and all stops out / all couplers out is startling, just like a real church organ.

For those without daily access to a private chapel for practice, the organ contains an artifical reverberator that can be accessed within the 'Settings' page.

Tremulant : acts on the Swell division. This makes the Pedal Mixture slightly tremulant as it uses Swell ranks.

The Vox Celeste is tuned slightly sharp and is designed to beat beautifully against Vox Humana, Viola and 8' Clarinet.

Couplers
Swell To Great : couples a keyboard on the Great channel to the Swell division

Sub Octave : all notes played on the Great are duplicated an octave down for low-end reinforcement and increased power

Octave : all notes played on the Great are duplicated an octave up for increased brightness and power

Auto Pedal : intelligently maps the lowest played note on the Great to the Pedal division

Pistons
The entire console state of stops and couplers may be captured onto 7 pistons, allowing instant access to your favourite registrations. The pistons may be mapped to drum pads on popular MIDI controllers for even more rapid access to registrations.

4 on-screen LEDs give visual feedback to activity on the Great, Swell and Pedal MIDI channels, as well as helping when programming pistons. The LEDs are colour-coded, blue for Great, Green for Swell, Purple for Pedals. 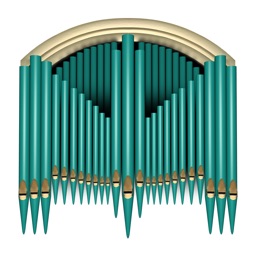 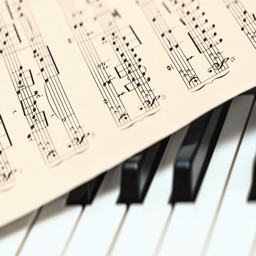 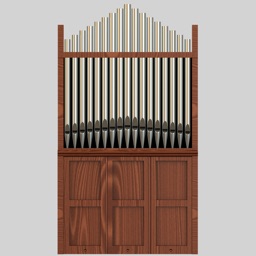 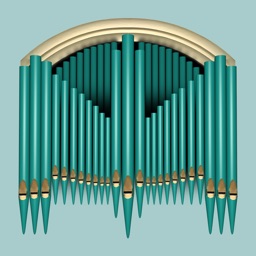 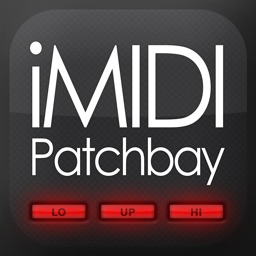 Johannes Doerr
Nothing found :(
Try something else