Video Game Tycoon is an idle clicker business strategy game where you are the creator and in charge of running a game studio company that develops PC / Computer, console, mobile games and more. Your end goal is to expand your business as much as you can to come out to the top as the leader of the mobile gaming market inc. 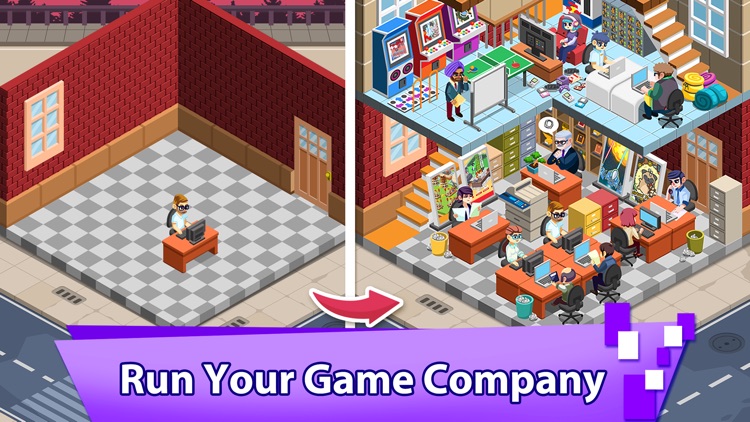 Video Game Tycoon is FREE but there are more add-ons 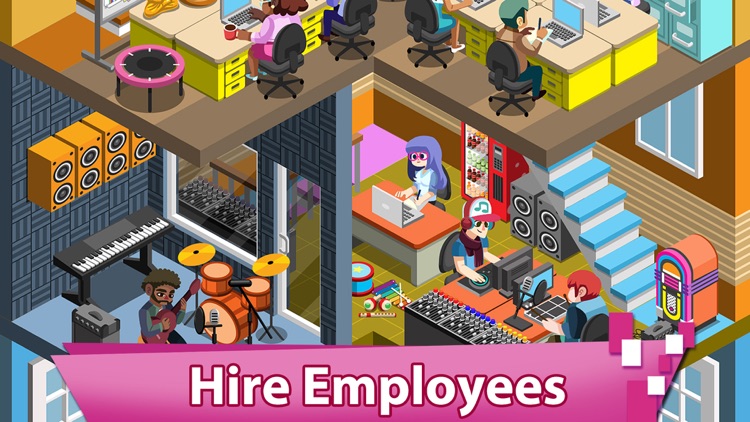 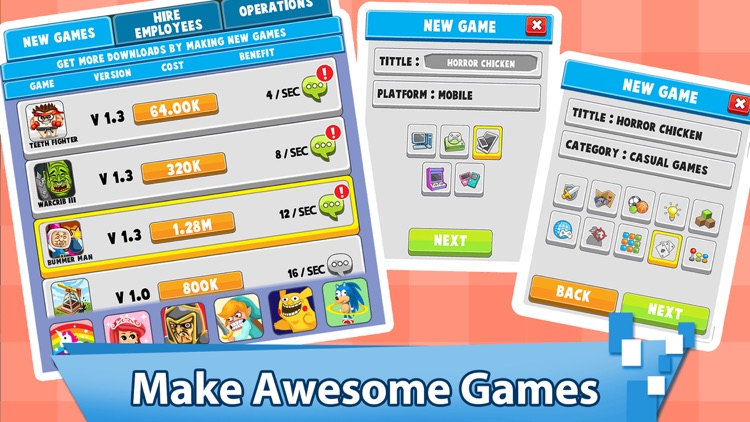 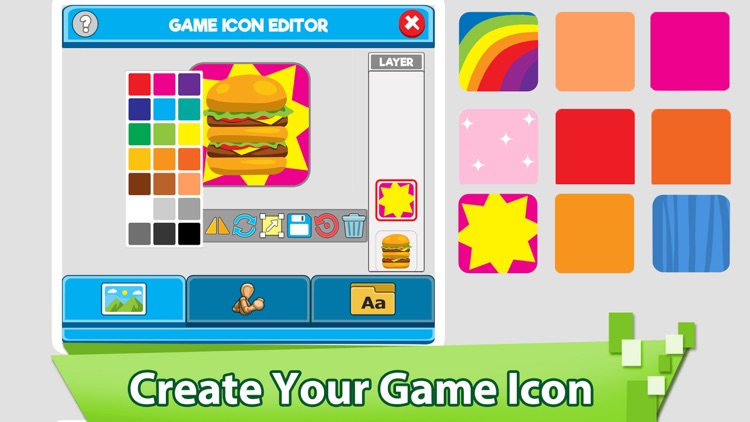 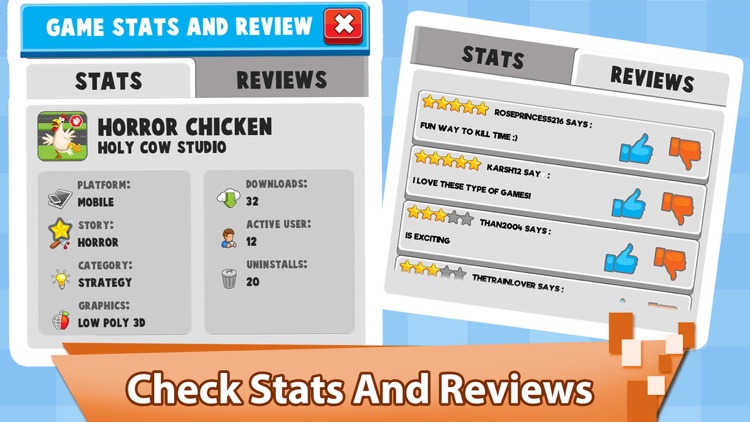 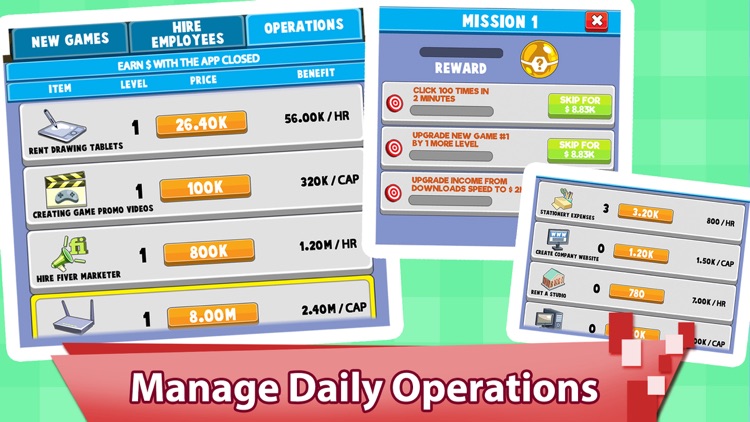 Video Game Tycoon is an idle clicker business strategy game where you are the creator and in charge of running a game studio company that develops PC / Computer, console, mobile games and more. Your end goal is to expand your business as much as you can to come out to the top as the leader of the mobile gaming market inc.

You start and run as an independent video game dev working on PC / Computer, console, mobile video games and then slowly and smartly progress through hiring more people and making more video games managing operations. This is a perfect game for everyone who are interested in game dev business and who wants to make games or someone who wants to run and become a video game dev tycoon in game development and create the best game dev story simulation inc. You can create your own video games, how cool is that? It’s better than becoming a tuber and run the empire. You can run your own Video Game empire better than the tuber business.

*Make awesome games
Make different games, customize them, name them and launch them! You can even update them! Customize game icon using icon customization tool and create, select, edit, modify your game icons and design the best game icon for your games. Profit from a smart game or two to boost your economy and create your own video game dev company story. Make games for PC / Computer, Consoles, Mobiles and more! Become the best video game creator for PC / Computer Consoles, Mobile.

*Game analytics and more
As a creator, you must check ratings and reviews of your games created on PC / Computer, Console, Mobile. Also check statistics such as number of installs and uninstalls of your games and become the best video game creator and a leader of games industry.

*Hire Employees
Hire and manage employees to increase your money per click. Automate your tap tap workflow to increase your idle income. Hire employees, name them, customize them and hire them! Every employee has a special clicker tycoon effect. Get a glimpse of the story of their lives by reading cool and funny messages from employees either thinking or talking.

*Run Operations & Earn Passive Income
Get idle cash, even when you are offline. As a creator of games you have to buy PCs / Computers, consoles, laptops, mobiles for testing games, get internet etc. Get whatever it takes to keep the company going and earn benefits in the form of passive income.

*Customize Your Office
Unlock cool items / accessories as you level up followed by in-game cash bonuses. You can re-arrange and move everything from employees to office tables, PC / Computer desks and all kinds of props that you unlock in the game, very easy to customize your own office the way you want!

*Prestige Option
When the game goes slower than you would want, you can use the prestige option to make the game simulation more interesting by getting multiplier bonuses and working your way back to the top even quicker than you could possibly do before!

We're always listening to all feedback we receive! We want to make Video Game Tycoon the absolute best Idle Clicker Tycoon and idle/incremental game and your feedback helps us reach that goal. We read *everything* you send us, so please let us know what you'd like to see! 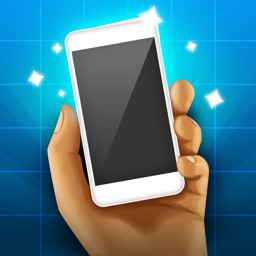 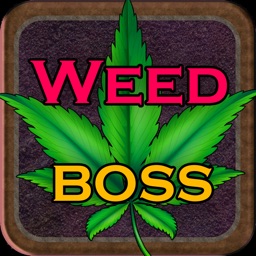 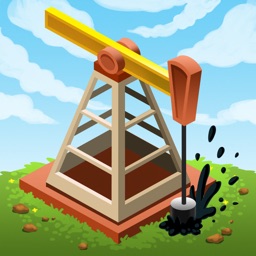 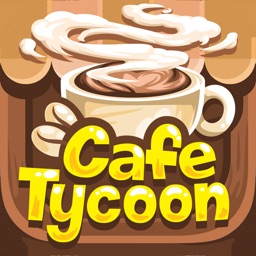 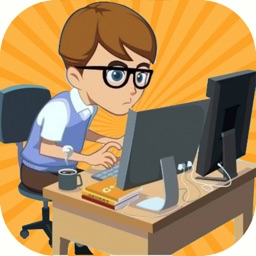 LIN JIAOJIAO
Nothing found :(
Try something else