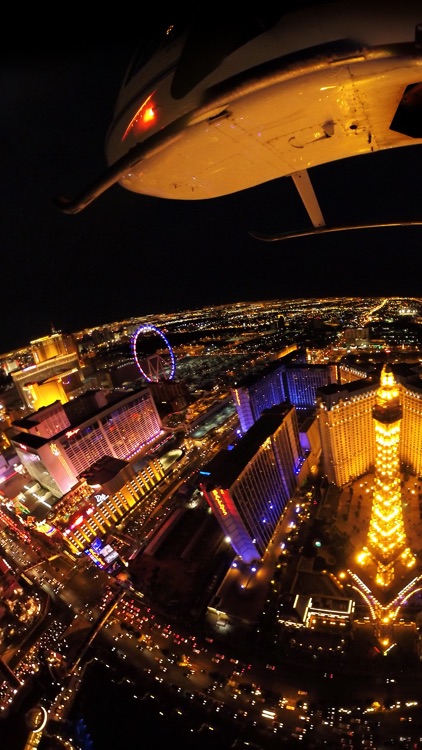 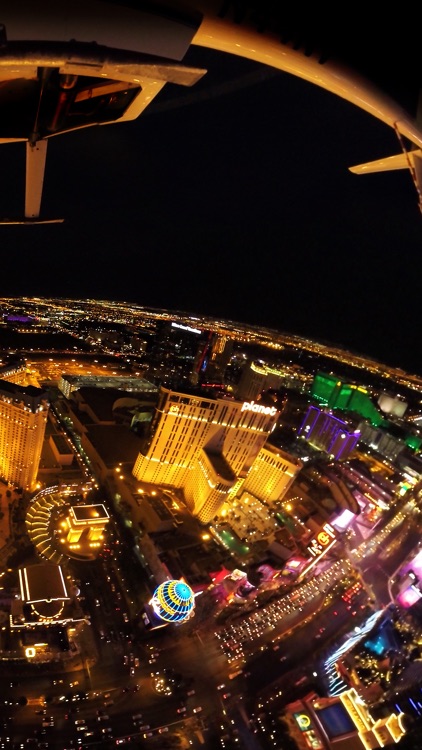 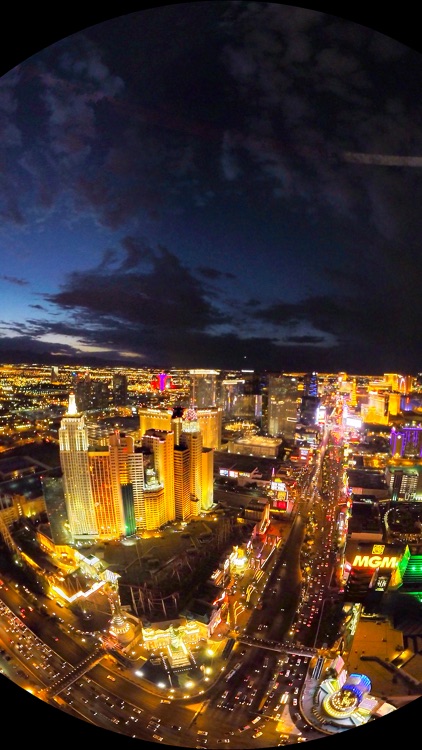 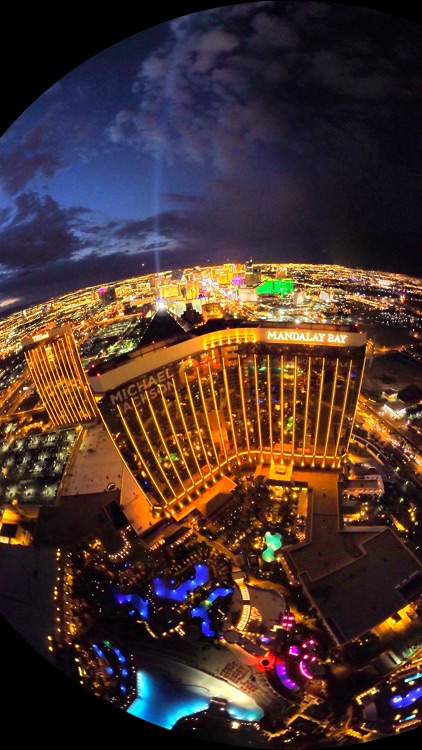 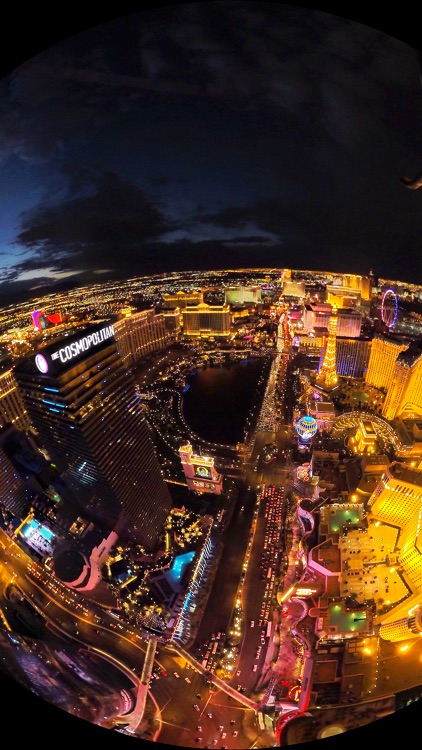 Nice VR experience and beautiful memories if you already were there or if not, gain experience as if you are there.
The new VR headsets like Google cardboards give you the impression to really be over Las Vegas.
Take that crazy 360 degree real helicopter flight over Vegas by night without leaving your home, even without leaving your couch!
You control the view in all directions during the flight. Turn your head, look up and down outside of the helicopter.

Thanks our software you get much better video quality as other 360 degree videos.

In the starting scene you can choose one icon. Please look in direction to this icon to start the 360 degree video.
Inside the 360 video you can start the player control bar for fast forward and rewind video.

There are no simulation all is real. It is a real helicopter flight.
You fly an extraordinary route, directly over the Strip and over the hotel skyscrapers. The normal tourist sightseeing flight routes are always far from the Strip and cost many times more than that great app-flight experience. The normal tourist helicopter you can see on the horizon. If you have made such a tourist flight Las Vegas once, test the difference here.


You never have seen Las Vegas from above like THIS!
Take the helicopter and fly over the shiny illuminated famous Strip with its hotels and attractions.
The viewing direction can be moved freely within the 360 degree videos, just wipe with your finger. Look into any direction, even up and down.
The 360 degree camera is outside of the helicopter. Look up at the helicopter and track its flight over Vegas.
See all the hotels, the towers, the fountains, the Eiffel Tower ... and much more ... 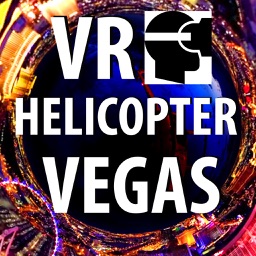 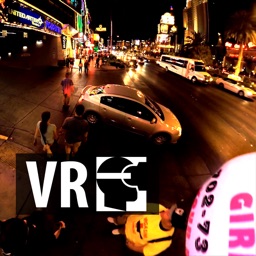 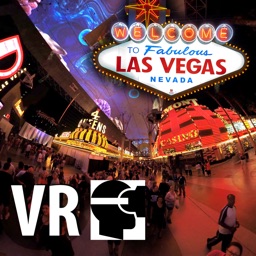 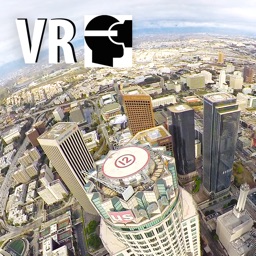