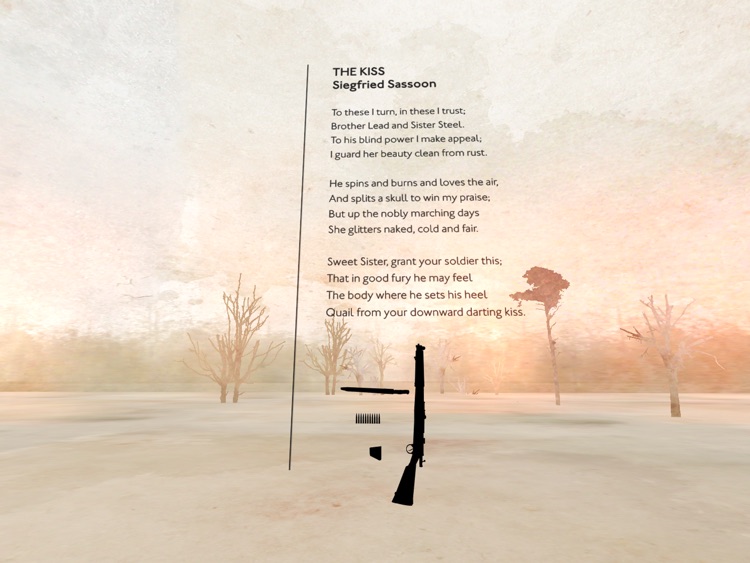 The BAFTA nominated app comes to iPad, ‘War Of Words VR’ takes you back to 1916, and into a mindset captured by Siegfried Sassoon in his controversial poem ‘The Kiss’.

The viewer will be presented with a circular button - by looking at it you will activate the ‘War of Words VR’ experience. After the performance, play again by looking at the 'Play Again' button.
The poet describes preparing a rifle for battle. Following the bullet fired from the rifle will lead the viewer to the second part of the poem. The 'kiss' described by the writer is a metaphor for the act of bayoneting an enemy soldier.

‘The Kiss' is an extract from BBC TWO’s ‘War of Words: Soldier-Poets of the Somme’ - http://www.bbc.co.uk/programmes/b04pw01r

War of Words VR’ is brought to you by BDH (www.bdh.net) - a BAFTA and RTS award-winning digital design & direction agency based in UK, in collaboration with BBC Arts. (www.bbc.co.uk/arts)
Check out the wider story at #SevenPoems #WarOfWords #BBCArts
Animated and Produced by BDH © BDH 2014
'The Kiss' Copyright © Siegfried Sassoon, by kind permission of the Estate of George Sassoon.
Reading by Philip Perry. © BBC, 2014

Similar Apps to War of Words VR for iPad 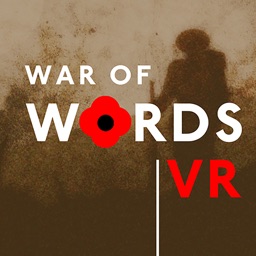 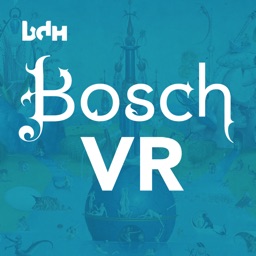 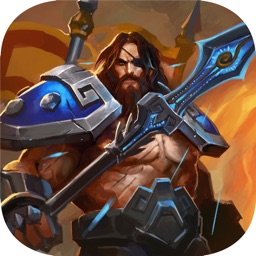 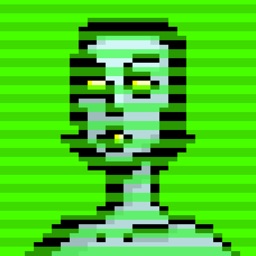 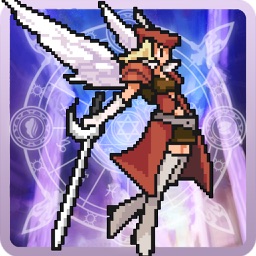 Ryogo Oka
Nothing found :(
Try something else