***NOTE: Compatible with iPad 3 and up, iPad Mini (Retina) and up, iPhone 5 and up, iPod Touch 6 and up - WE CANNOT GUARANTEE COMPATIBILITY WITH EARLIER DEVICES. An internet connection is required to play.*** 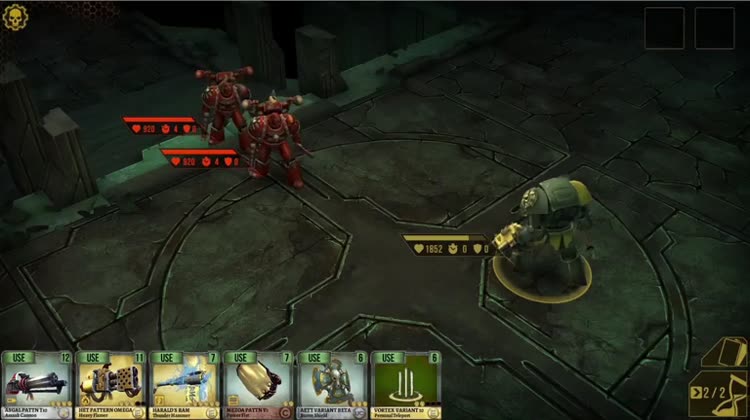 Warhammer 40 is FREE but there are more add-ons 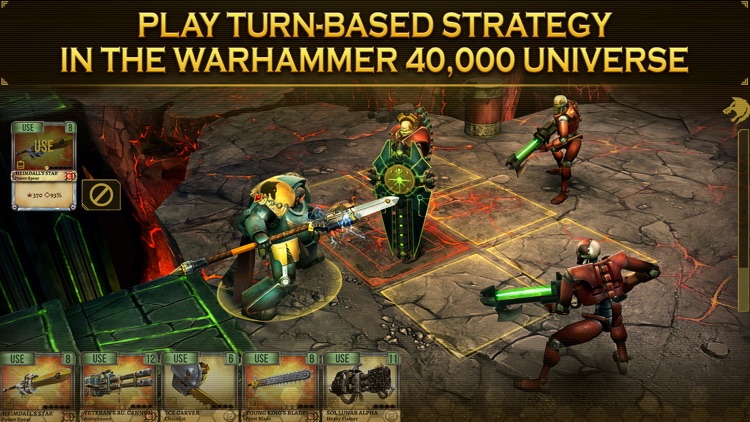 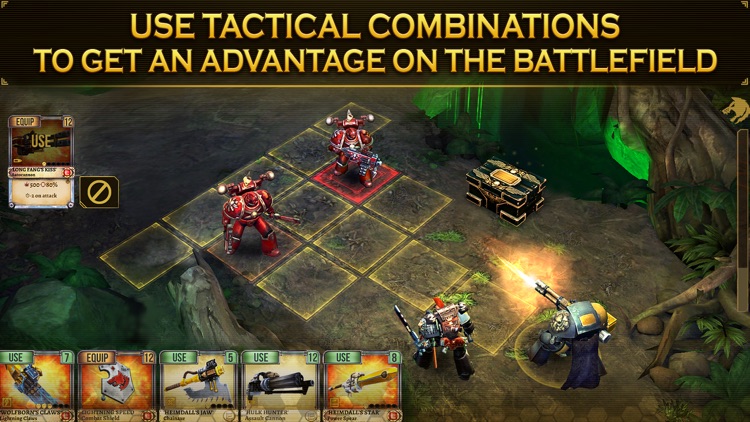 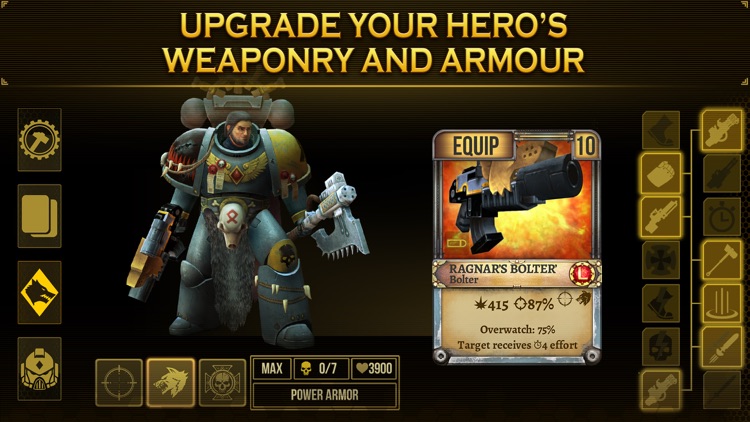 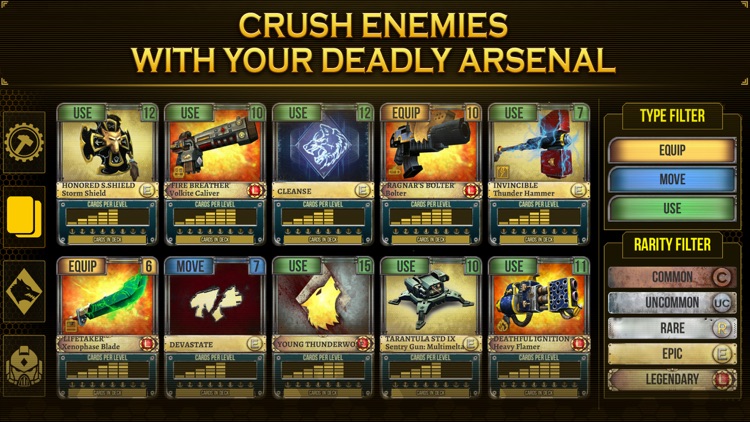 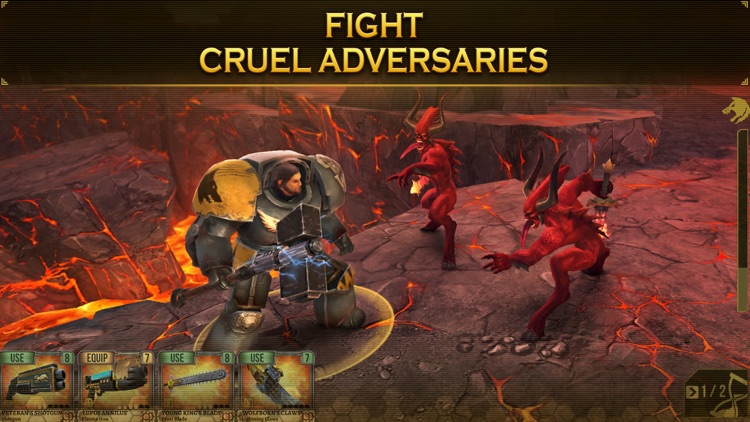 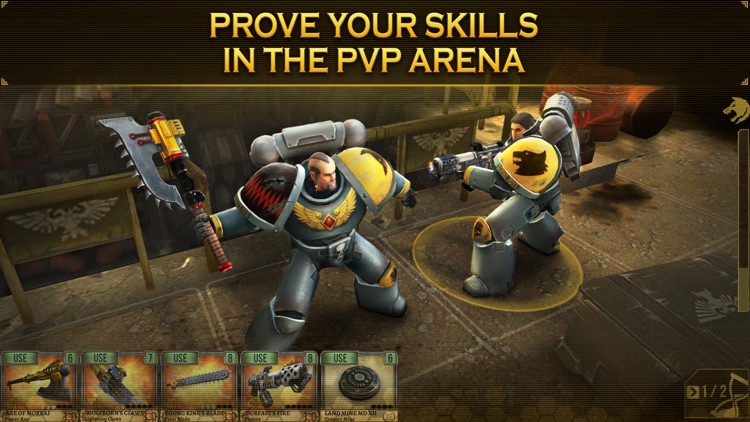 ***NOTE: Compatible with iPad 3 and up, iPad Mini (Retina) and up, iPhone 5 and up, iPod Touch 6 and up - WE CANNOT GUARANTEE COMPATIBILITY WITH EARLIER DEVICES. An internet connection is required to play.***

Lead the Sons of Russ into battle and slash your way through hordes of ferocious enemies with Boltgun fire and Chainsword teeth. Write your own saga in the annals of the Space Wolves Chapter as you hunt your sworn enemies – the Chaos Space Marines.

Savour the atmosphere, as you play this unique combination of turn-based strategy and collectible card game, where you can turn defeat into victory, where events on the battlefield depend on a wise choice of cards and decisions must be planned meticulously.

It will take the leadership, senses and cunning of the Space Wolves to be victorious on the planet Kanak, Segmentum Obscurus – the harsh, hostile world chosen by the forces of Chaos as their outpost. What secrets does this slumbering giant, lost in the cold cruel depths of space, hold? What sort of monstrous powers are lurking in its suffocating green jungles, the fiery hell of its volcanoes, and its dusty lifeless wastelands? Discover them as you progress through the campaign!

For Russ! For the Wolftime and the Allfather!

The Iron Priests have prepared a massive content update that continues the story of the Space Wolves squad led by Valgard Twice-Slain, the young and furious Grey Hunter. You will struggle against a new, powerful enemy - the ancient and mysterious Necrons:

Defeat the unrelenting enemies of the Space Wolves:
• An epic campaign, spanning hostile environments on a distant planet.
• Combat the Word Bearers - fanatical and deadly traitors who serve the chaos gods.

Squad-based tactical battles:
• Grey Hunter, Wolf Scout or Wolf Guard – select your main hero for each mission, to best match your own style, strategy and tactics.
• Unlock all five companions and choose two to take into battle with you.
• Level up your party and unlock numerous perks.
• Lead your Space Wolves into fierce battles in glorious, interactive 3D environments.

PvP Multiplayer:
• Fierce, 3 v 3 close-quarter battles. Use each turn to inflict massive damage on your enemy!
• Rating. Here's your chance to become the top Space Wolf. With each stage, battles get tougher – but the rewards get better.
• At the start of each season, leaderboards are reset. But prove you're the best – and reclaim your leadership status!

Survival Mode:
• Fight against hordes of fanatic Chaos Cultists.
• Get unique rewards available only in this mode.
• Try out new tactics in constantly changing conditions. 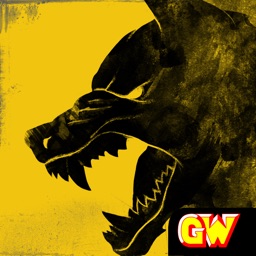 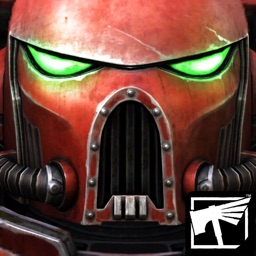 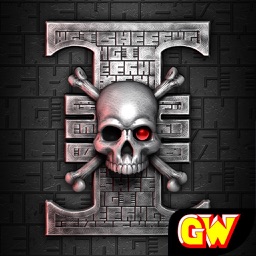 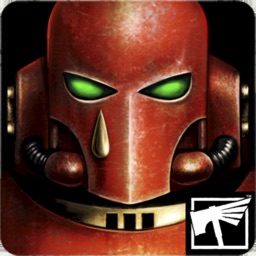 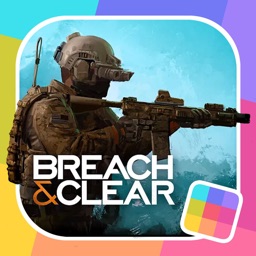 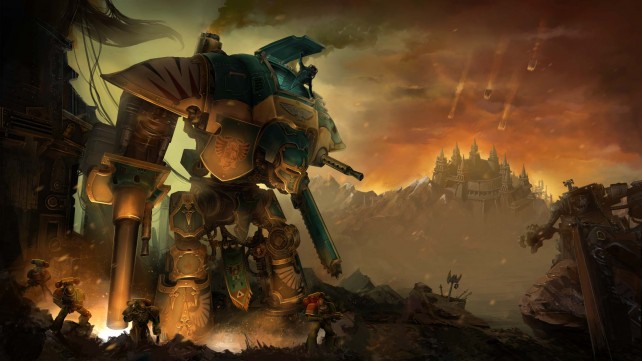 For the first time in a Warhammer 40,000 mobile game, players can take command of a 50-foot battle mech known as an Imperial Knight. 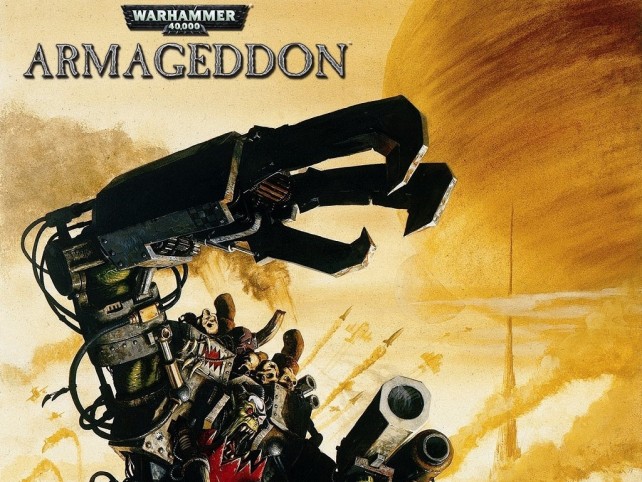 The beginning of the end is here. Warhammer 40,000: Armageddon has finally arrived on iOS.

June 19 Aldrin Calimlim
Nothing found :(
Try something else