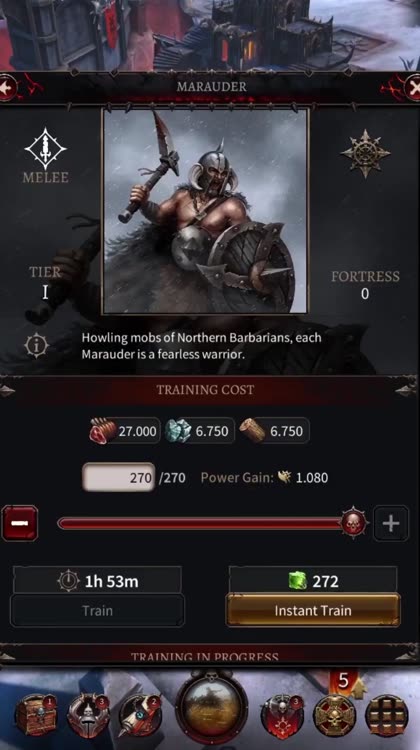 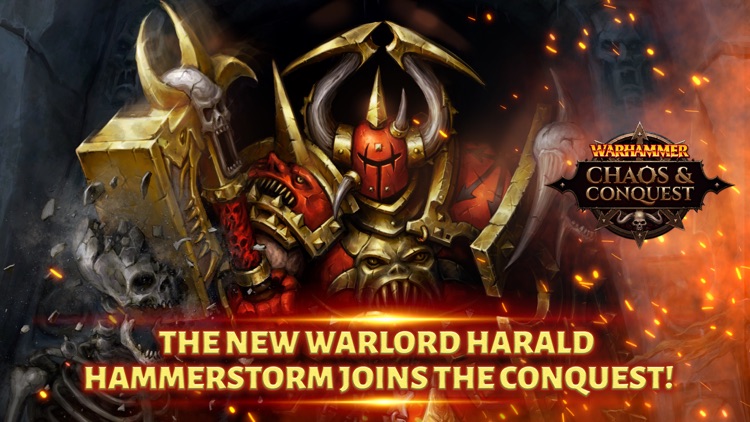 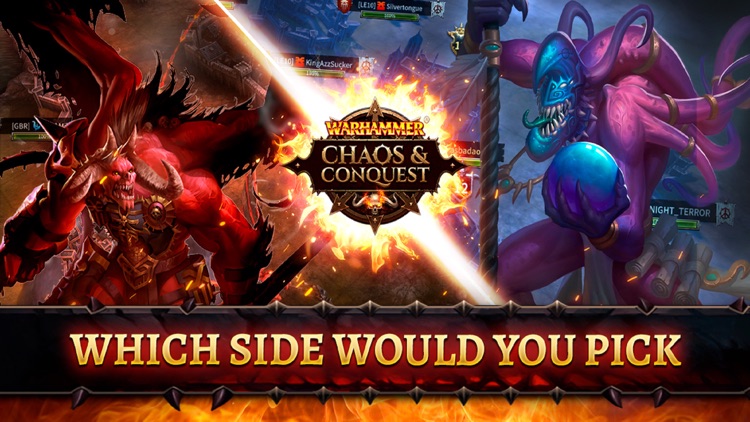 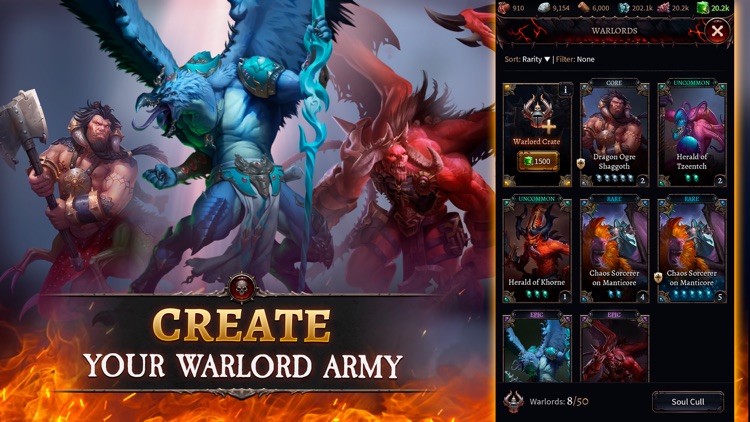 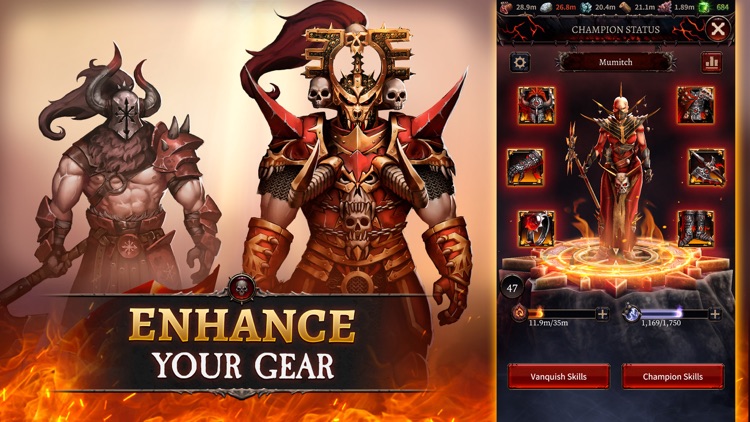 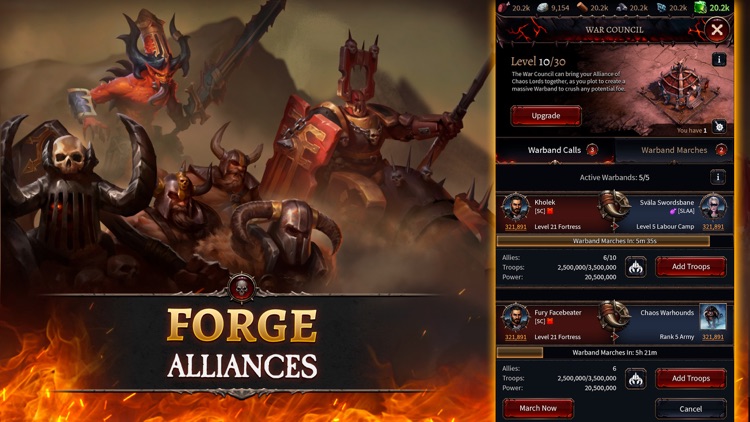 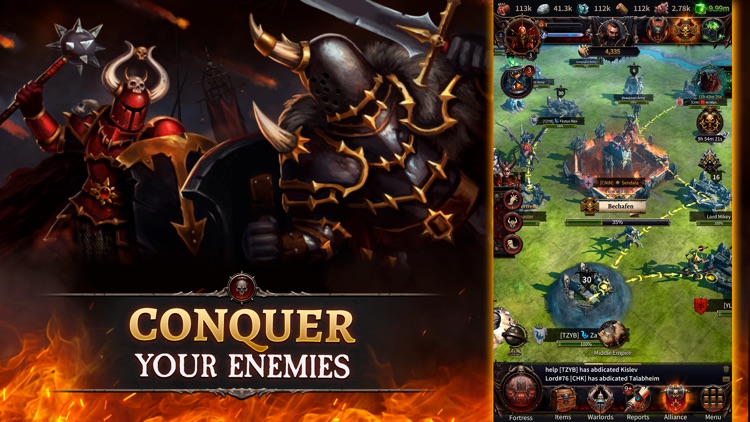 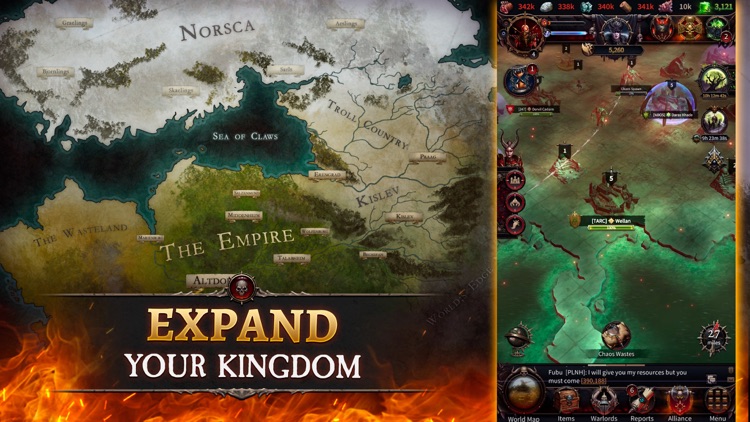 Spread Chaos across the Old World! Command a horde as you build a fortress capable of conquering the Empire of Man – and any other Chaos warbands that stand in your way. With enough power, you will prove your worth to the Chaos Gods by conquering Altdorf and becoming the Everchosen!

Set in the Warhammer Fantasy universe, Warhammer: Chaos & Conquest is real time massively multiplayer strategy game where players compete for the resources of the Old World and battle for control of the Old World.

COMMAND A TERRIFYING WARBAND
• Collect Warlords to be your most powerful soldiers in the war against the Empire
• Over 20 Daemons of Chaos & 10 warriors of Chaos to collect
• Use your strategy to assemble a diverse warband capable of smashing the defenses of your foes
• Daily challenges to complete with guaranteed rewards & bonuses based on leaderboards!

ATTACK YOUR ADVERSARIES FOR THE GLORY OF CHAOS
• Vanquish roaming beasts to send them to their final resting place
• Send your warriors on marches throughout the realm to pillage goods from the land
• Siege other players fortresses to muck up their plans of conquest in favor of your own
• World chat for discussing the battle results with your enemies!

Carve your own legend in the Warhammer Fantasy Old World. Become the Everchosen of Chaos. 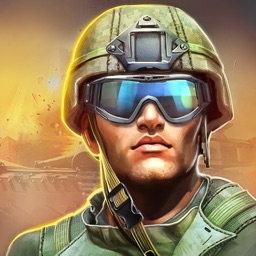 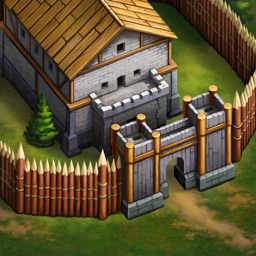 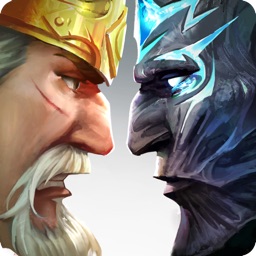 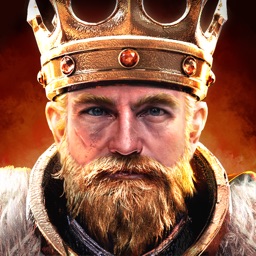 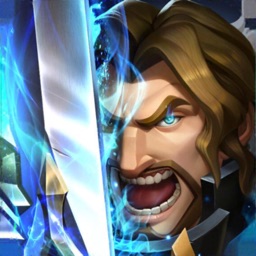 IGG.COM
Nothing found :(
Try something else