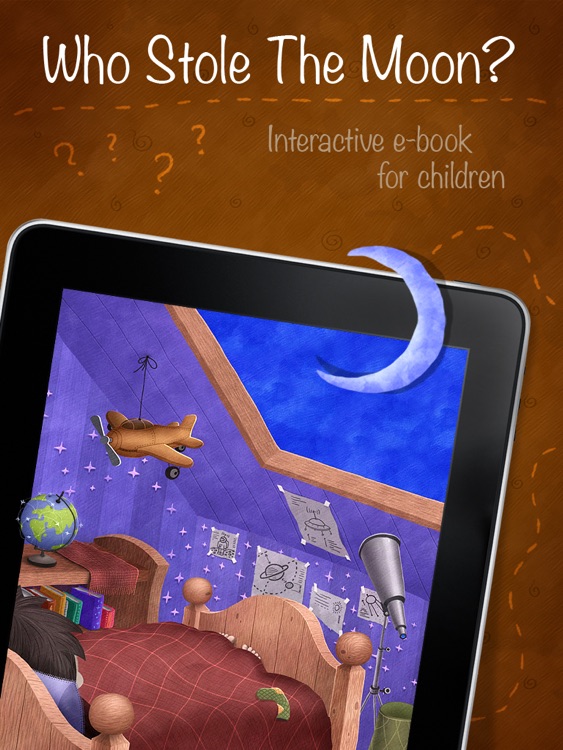 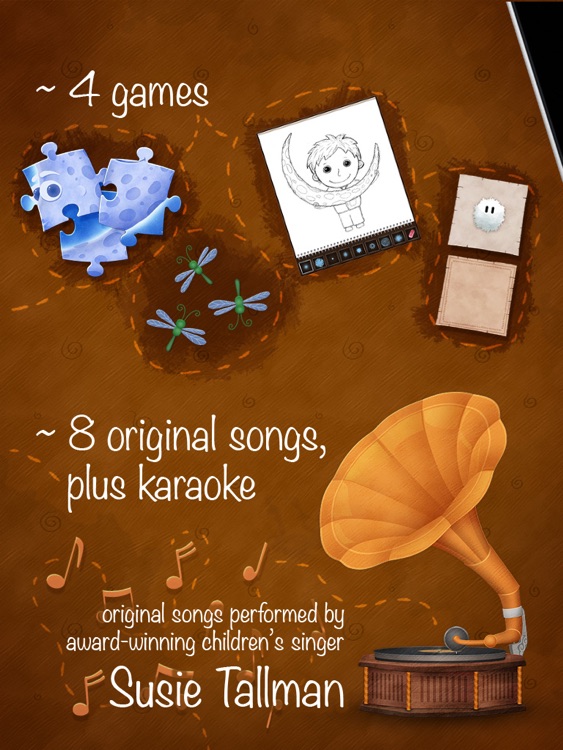 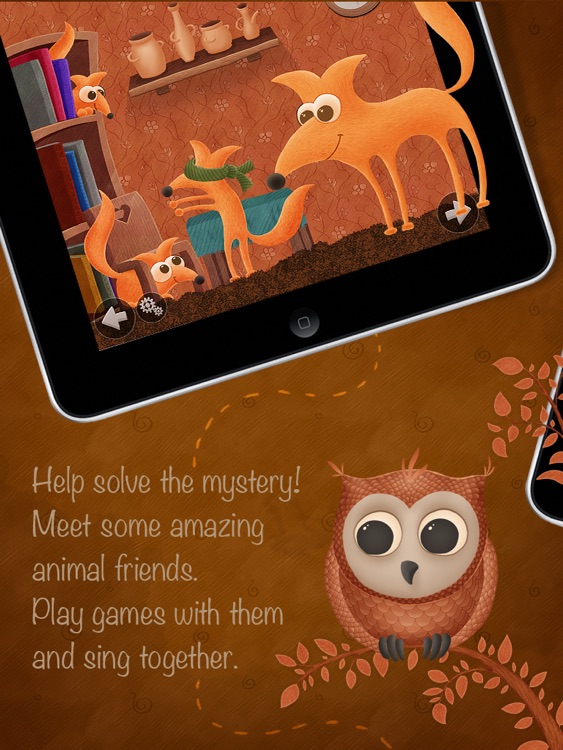 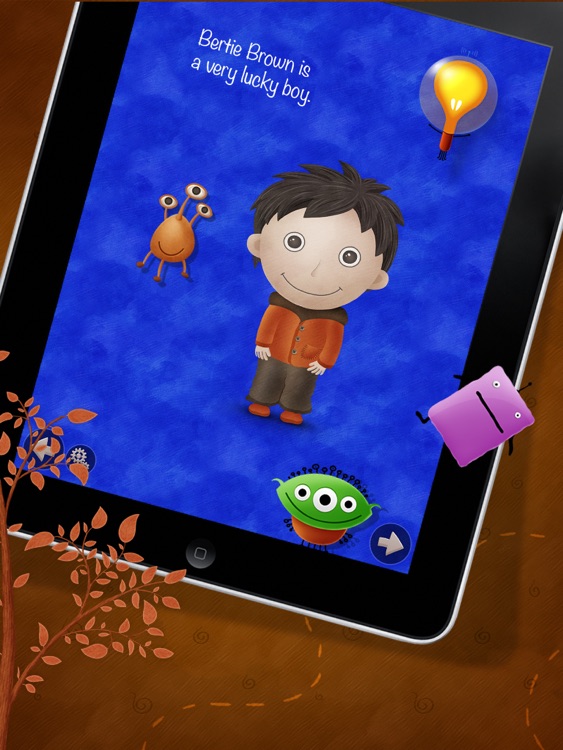 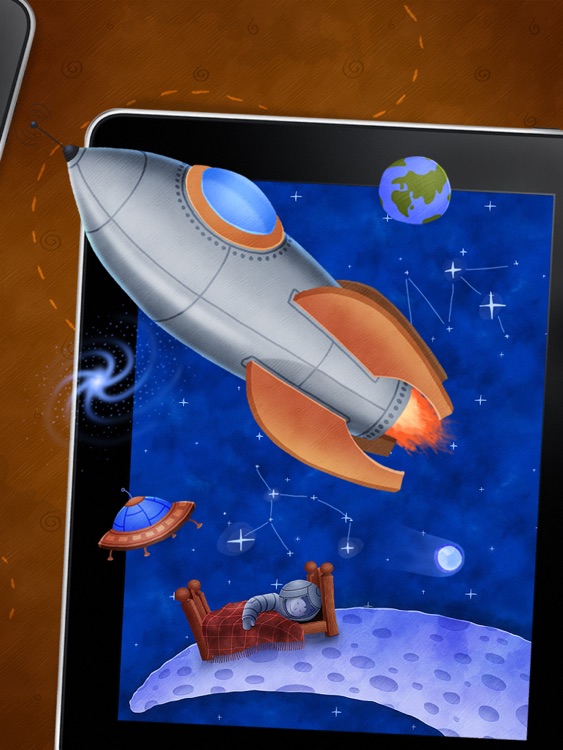 "Can't miss this app." — Pad Gadget
"Highly Recommended." — Digital-Storytime
"Extremely fun for your young one." — MakeUseof
"Simply one of the best (if not the best) children’s eBooks we’ve ever seen on the iPhone and iPad." — The iPhone App Review
"Kudos to Gerasimov for creating magical illustrations that are sure to feed fertile imaginations." — Kirkus Reviews
"Who Stole the Moon? is on its way to being a classic bedtime story worldwide." — Teachers With Apps

"Who Stole the Moon?" is an interactive musical picture book application. The fairy tale "Who Stole the Moon?" was written by British writer Helen Stratton-Would and illustrated by internationally-acclaimed Russian artist Vlad Gerasimov. It's a story about little Bertie, who dreamed about becoming an astronaut. He loved to watch the moon shining through his skylight window every night as he lay in bed. One evening, though, the moon didn't appear in the sky.

"Who Stole the Moon?" With this serious question, "detective" Bertie set out on his adventure. Help solve the mystery! Meet some amazing animal friends. Play games with them and sing together. Join Bertie on his quest with this charming bedtime story that will gently nurture your child's imagination and send him off into the magical world of dreams.

The story is narrated by professional actors in 17 languages.

*** Smart Apps for Kids:
"On top of a great story, this app comes loaded with 4 story related games including 9 levels of a matching/memory type game; 16 pictures from the story little hands can paint (with no mess!); a "tap the lightning bugs to light them up" game; and 32 puzzles that are either 5x5 or 8x8 in difficulty. Music from the app is also available under "songs", in which you can simply be lulled by the light melodies, or hear words added and sung to you."

*** Tap Scape:
"Who Stole The Moon? is a great iPad investment for parents with young children. Perfect for bedtime or for a rainy day activity, this iPad app is worth checking out, so grab it ASAP!"

Similar Apps to Who Stole The Moon? 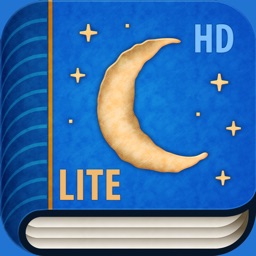 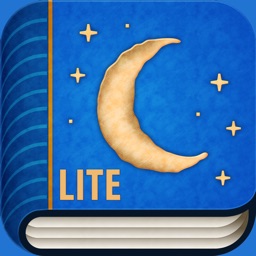 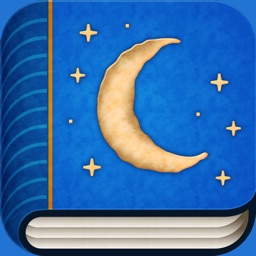 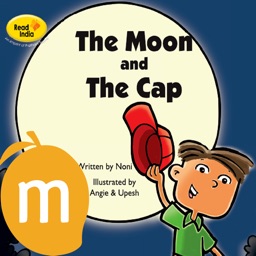 The Moon and the Cap English 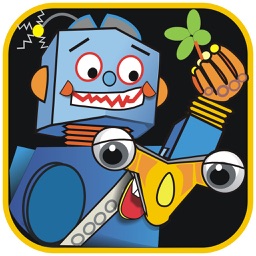 Robots on the Moon

Udovic Design LLC
Nothing found :(
Try something else