Your child can learn to spell new words and hear the sounds the letters make with this educational app. 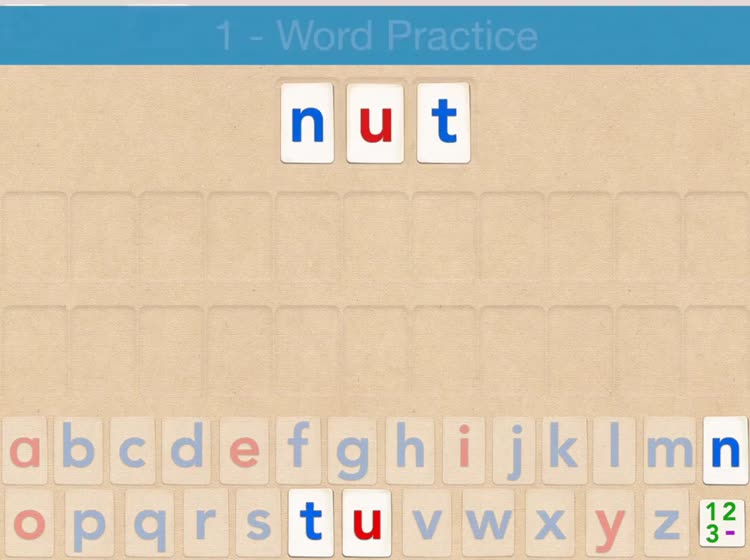 Word Wizard for Kids offers both spelling and reading activities for children for a great package. Kids will like the moveable alphabet for word building and can test their spelling skills with quizzes. The app has tons of word lists and you can add your own. And, parents can check out detailed reports on their child’s progress.

For enhancing your child’s spelling and reading skills in one app, check out Word Wizard for Kids. 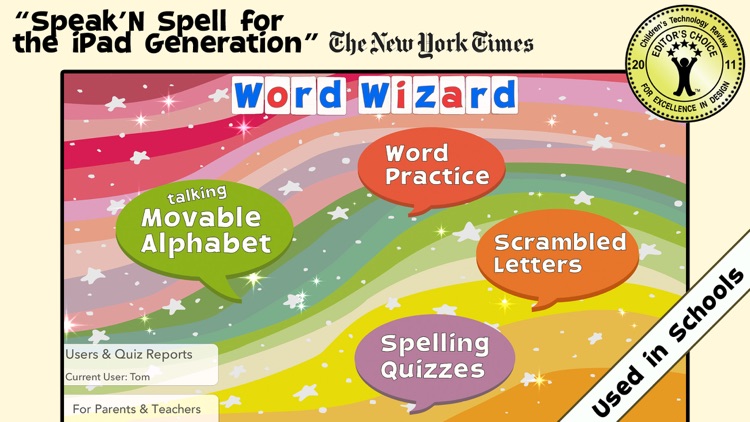 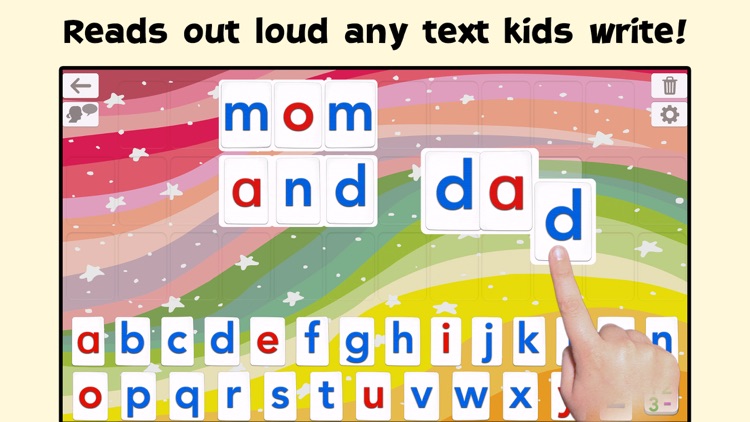 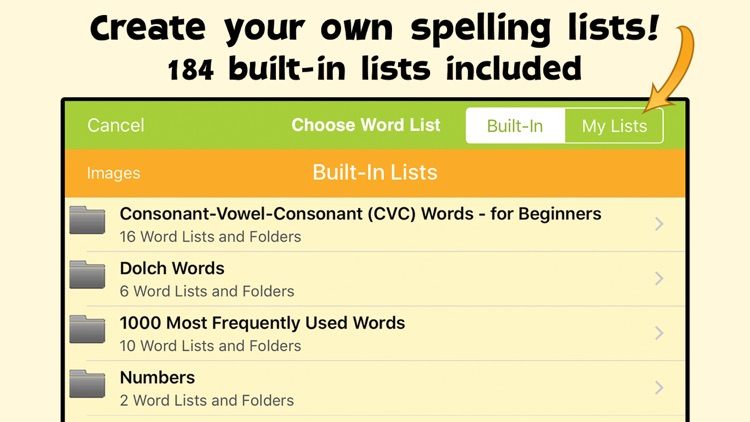 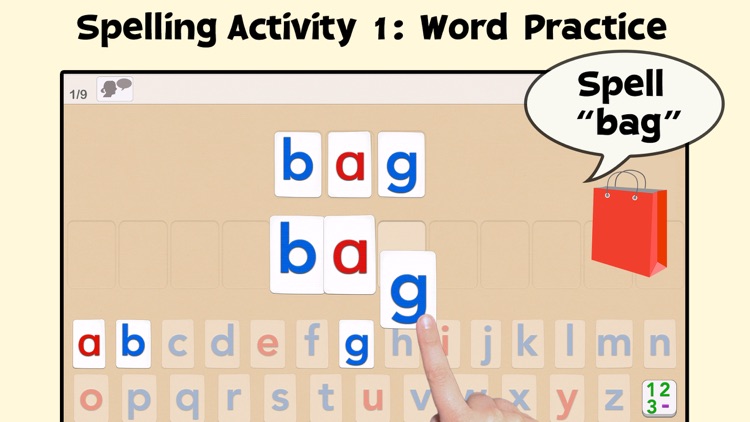 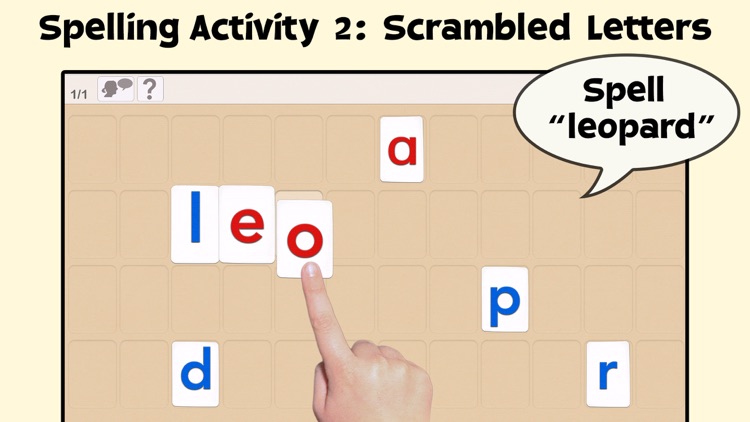 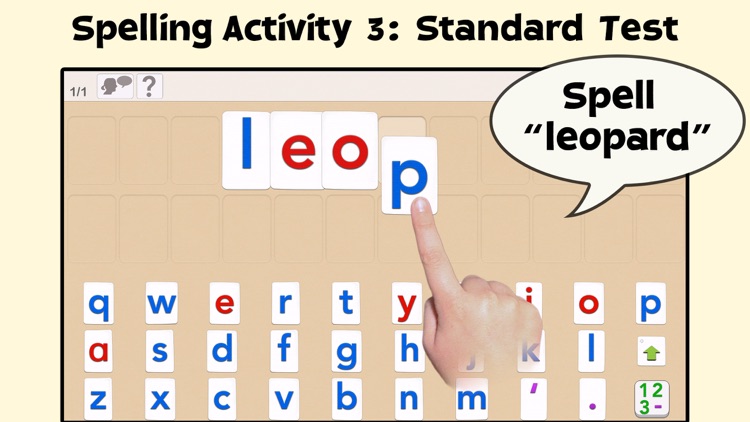 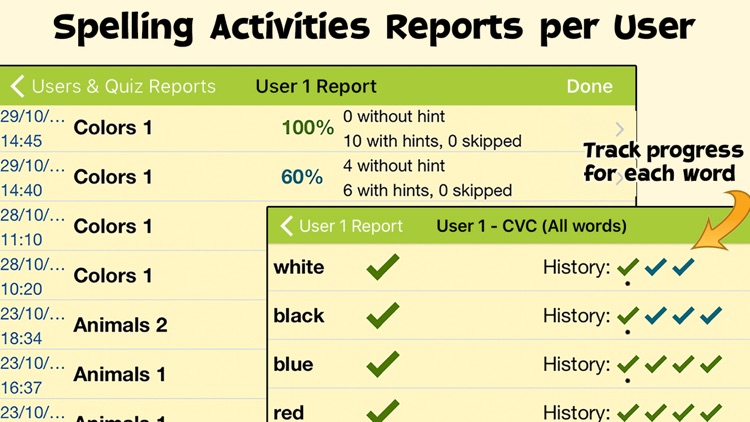 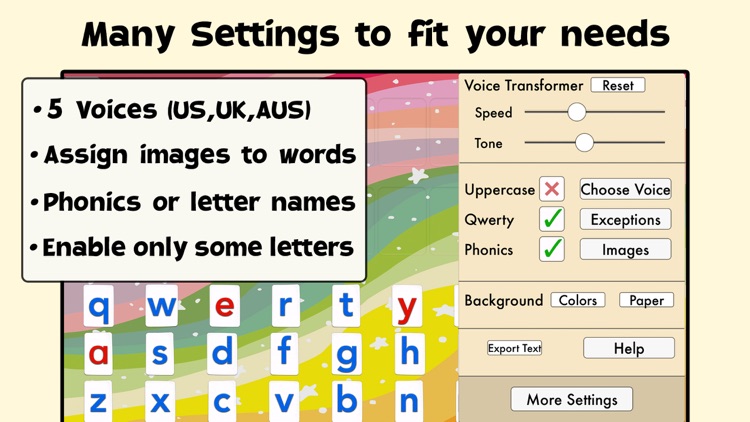 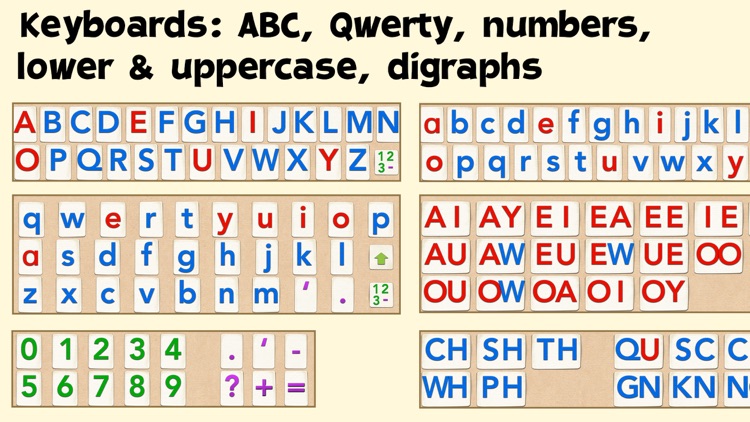 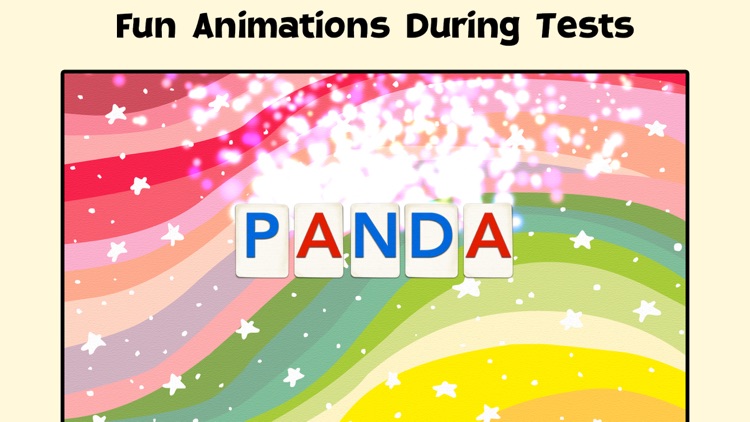 Word Wizard is an award-winning app used in schools that offers several unique reading and spelling activities for children ages four to 10.

--Learn to Read by Building Words --

• The Talking Movable Alphabet activity allows kids to experiment with word building and phonics thanks to the advanced text to speech engine (the first step in learning to read)
• Any text can be written and spoken
• 2 child voices + 5 adult voices (US, UK & Australian voices)
• Uppercase & lowercase letters, numbers, digraphs, ABC or QWERTY keyboard
• Many settings to adapt the activities to the child’s needs (letter size, assign images to words, high contrast modes for kids with visual impairment,...)

• 3 spelling activities that increase in difficulty
• 200 built-in word lists (about 2000 words)
• Add your own words to create unique spelling quizzes!
• Add your own images to illustrate your word lists
• Keep tabs on your children’s progress with detailed reports

• Used in Schools (140K units sold to schools)
• "This is an important breakthrough in reading instruction" - The New York Times
• "This is a fantastic app for young children, right through to children in later elementary school " - Wired's GeekDad
• Editor's Choice Award for Excellence in Design - Children's Technology Review
• Winner of a Parents’ Choice Award
• More than 290K units sold!
_______

3 spelling activities of increasing difficulty are provided to adapt the activity to the child’s spelling level. You can use the built-in word lists or create your own.

1 - "Word Practice" says and displays the word to spell, and asks the child to spell it using the talking movable alphabet
2 - "Scrambled Letters" says the word and displays the letters needed to build the word or sentence, and asks the child to reorder the letters.
3 - “Spelling Quizzes” is a standard spelling test. The app won’t move onto the next word until the child has correctly spelled the word, helping them to remember its correct spelling.

• 200 built-in word lists: Words for beginners, Dolch Words, 1,000 most frequently used words, body parts and more
• Create custom Word Lists by entering your own words and sentences
• Import and export Word Lists you’ve created
• Hints are available should kids not know how to spell a word
• Colorful animations are displayed when a word is completed
• Once a quiz is completed, interactive animations are available as a reward

• The New York Times
"This is an important breakthrough in reading instruction because it leverages the iPad’s size, powerful speech synthesis abilities, and touchscreen so that every letter can be a building block of phonetically accurate sound"

• Children's Technology Review
Editor's Choice Award for Excellence in Design - 4.8 stars out of 5 - "Turn your iPad into a talking alphabet/language generator - and the perfect tool for a child just starting to experiment with letters and their sounds"
________

Please send any feedback or suggestions to support@lescapadou.com 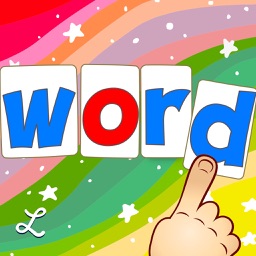 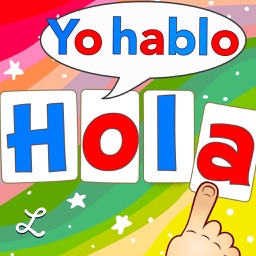 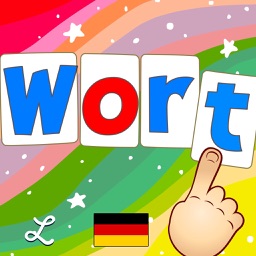 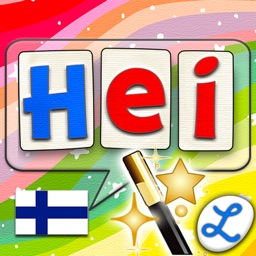 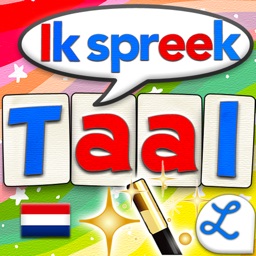 Kids Love to Learn and Practice Spelling with These Fun Apps 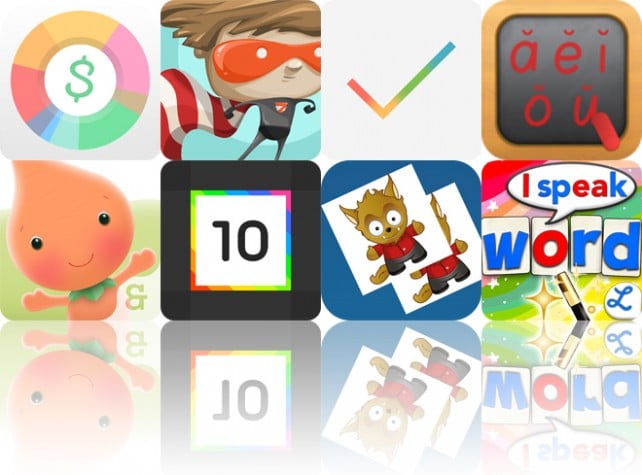 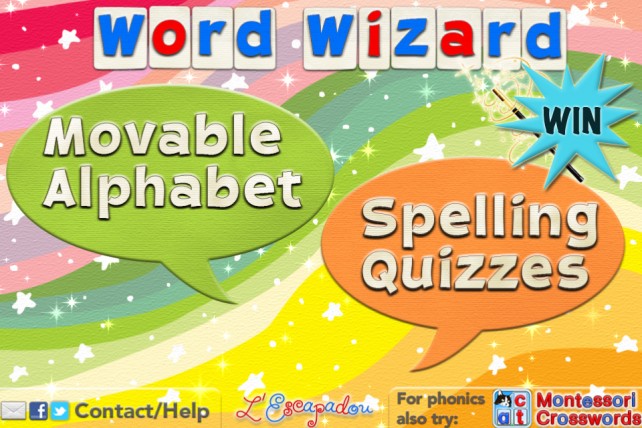 A Chance To Win Word Wizard For iPhone And iPad

November 16 Tyler Tschida
Nothing found :(
Try something else