Wordsolver finds the best words for your word games! 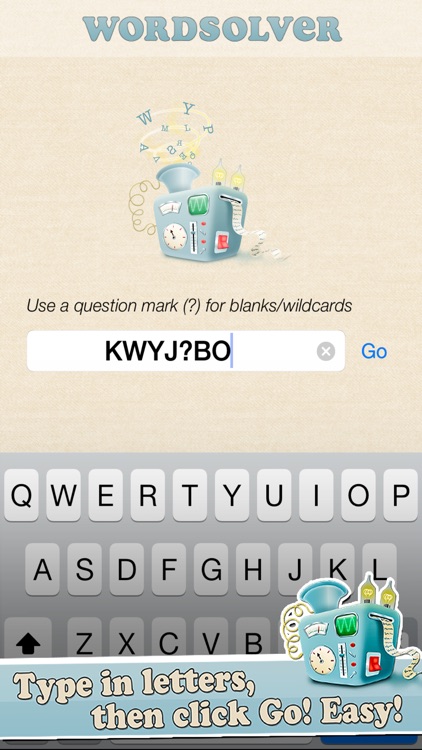 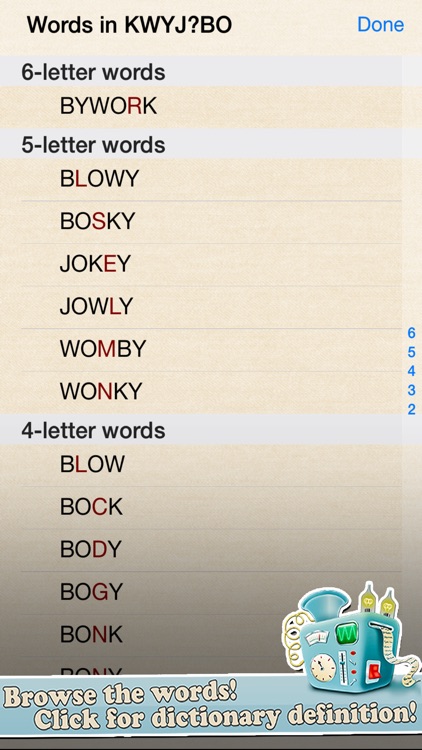 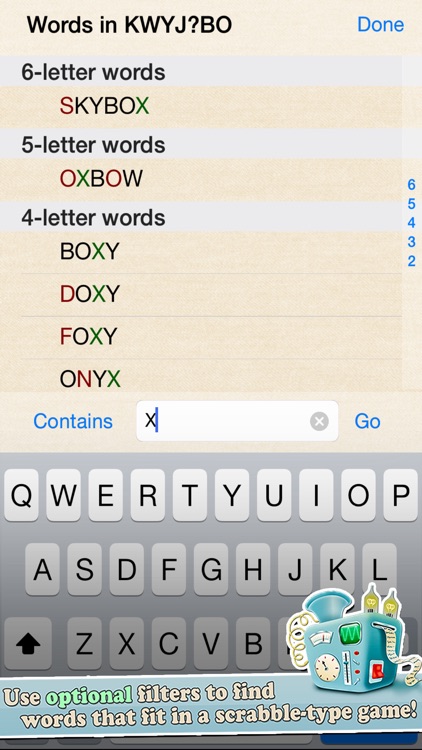 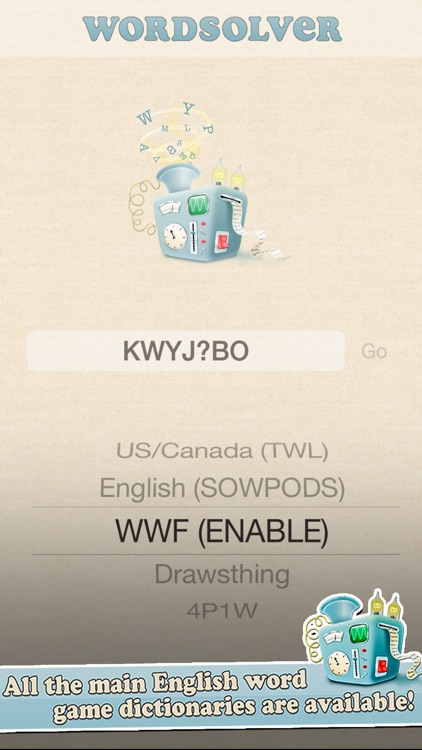 Wordsolver finds the best words for your word games!

- Type in up to 15 letters;
- Supports blank tiles (we call them wildcards), just type in a question mark (?);
- Click on a word to see the definition of the word if the Apple dictionary has one;
- Optional additive filters for fitting your word around other letters or words in scrabble.


Additional features for the Pro version:

- No advertising
- Much smaller executable than the Free version
- Zero bandwidth

Perfect for most anagram-based word games, Wordsolver can solve both online word games and back-of-the-newspaper type anagram puzzles in an instant. Simply type in up to 15 letters, use question marks (?) for blank tiles and Wordsolver will return a list of every valid word that can be found in those letters.

Click on a word on the results screen for a definition of that word using the dictionary built-in to the device.

Wordsolver also allows additive filters so that the letters entered can be wrapped around letters that other players have placed on the board. Simply set the filter mode to Starts, Contains or Ends and enter the letter(s) that you wish to appear in every result. This is very useful when attempting to find a place to put letters in a scrabble or words with friends game!

Wordsolver has dictionaries for:

Wordsolver is informally known as a scrabblesolver, but doesn't just solve scrabble, but also words with friends, word feud, 4 pics 1 word, draw something, and many other anagram-based games.

Wordsolver is the official app of WORDSOLVER.NET 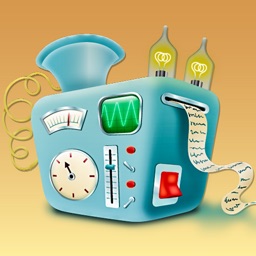 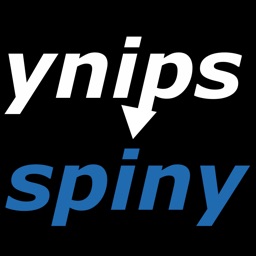 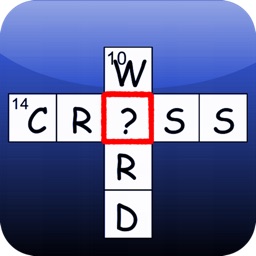 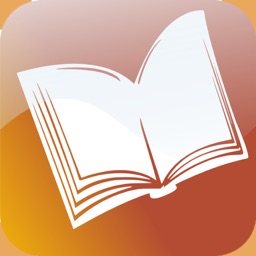 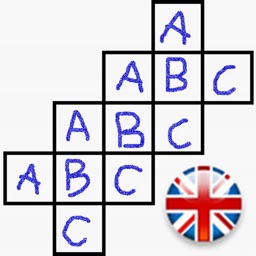 Rost Solutions
Nothing found :(
Try something else