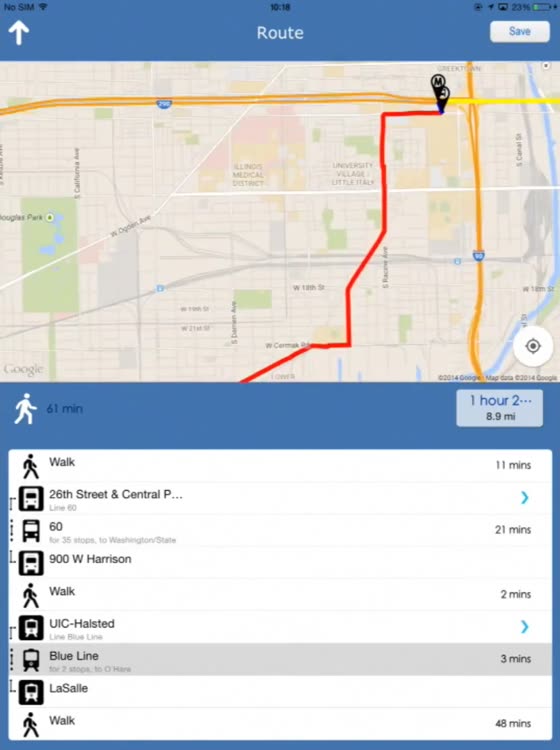 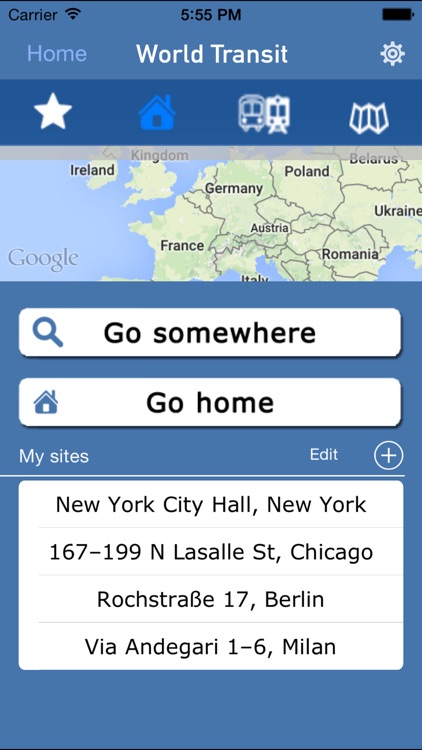 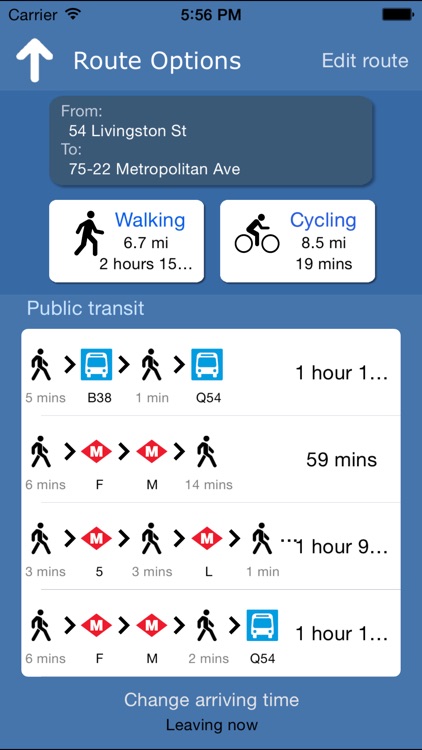 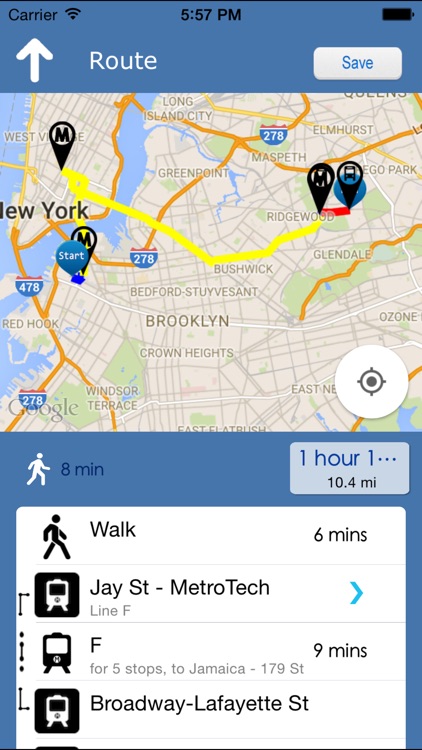 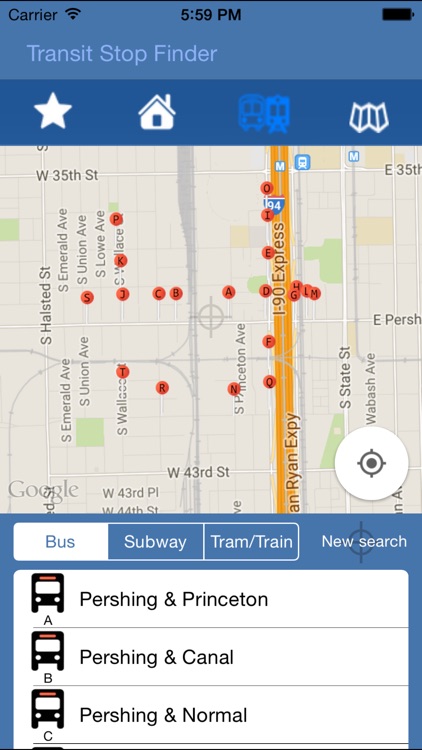 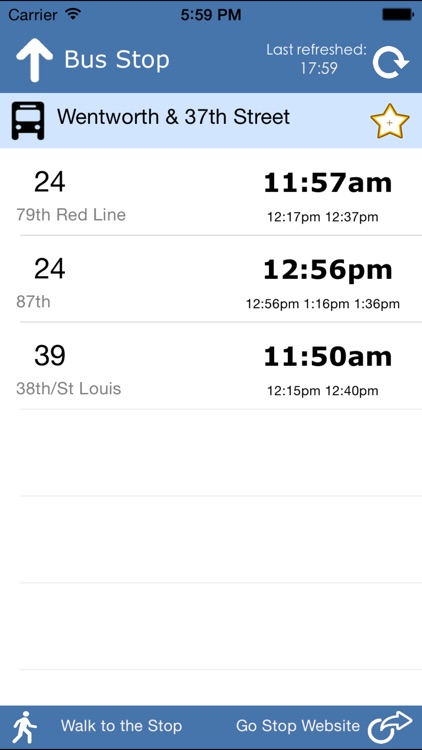 If you want to reach a certain place, World Transit shows you different routes including bus, metro, tram, train... as well as inform the distance and time involved.
You'll see the results with how much you need to walk, the direction and the number of stops...

Also you can check stops nearby yours, seeing timetables and knowing when the next bus/metro/train will arrive.

Now you can access to a bus/metro map database of a lot of cities around the world.

- Navigation for public transport including bus, metro, tram, train and ferry.
- Searching for addresses or points on the map to create routes.
- The routes include transport type, number of transfers, direction and number of stops, time walking...
- You can change the time of arrival to plan future routes.
- Save your most frequent locations to quickly create routes from your position.
- World coverage, you can use this application anywhere in the world.
- Find closest stops to your position or anywhere.
- Check the lines of the stops with their timetables, how to get there...
- Save your most used stops in favorites for quick reference.
- Save routes and open them offline.
- Bus/metro maps of important cities around the world.
- The only app with routes in Japan 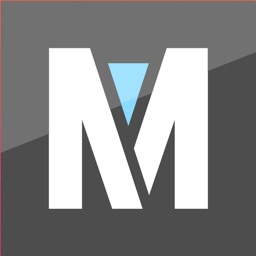 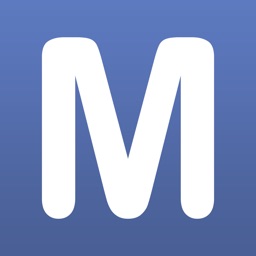 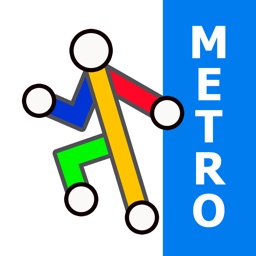 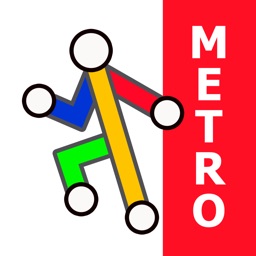 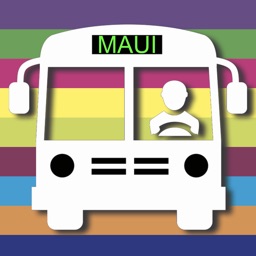 Daniel Sillers
Nothing found :(
Try something else