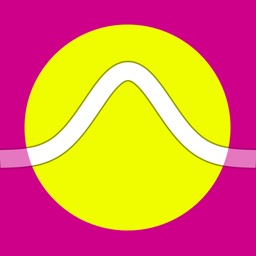 Yellow Tap Tennis is for all tennis players who want to track their own match statistics – just like the pros. 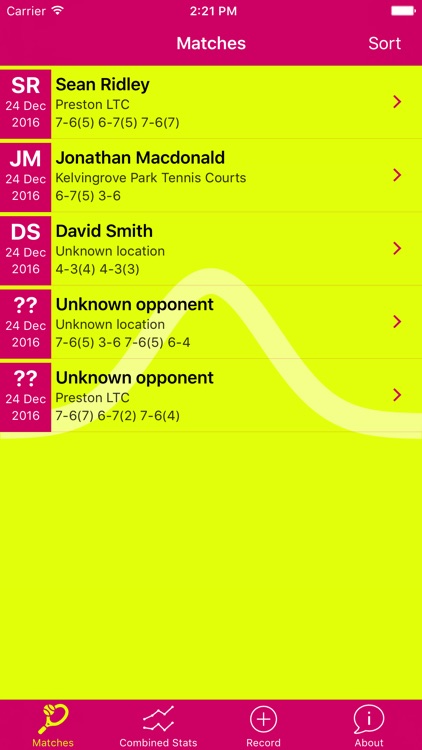 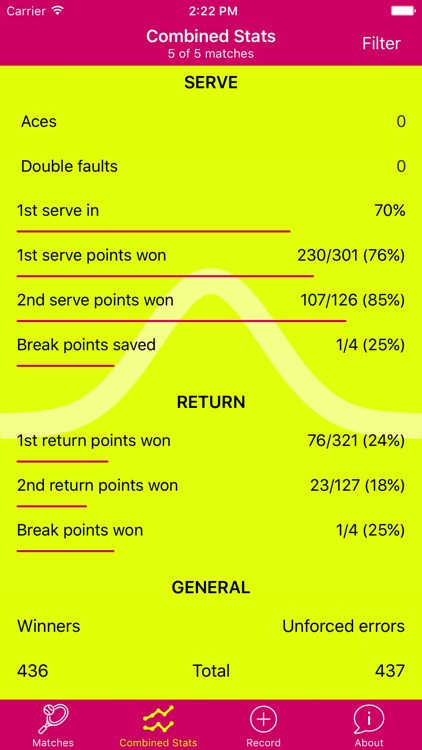 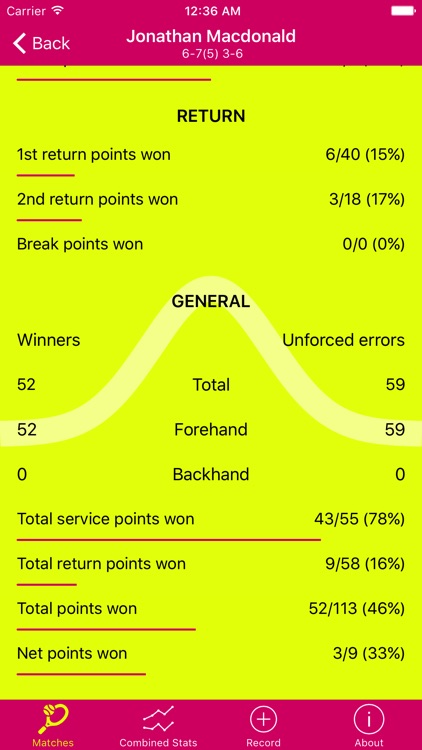 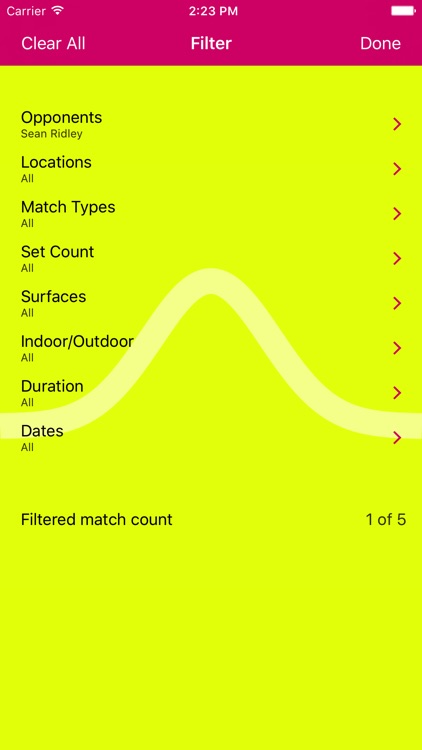 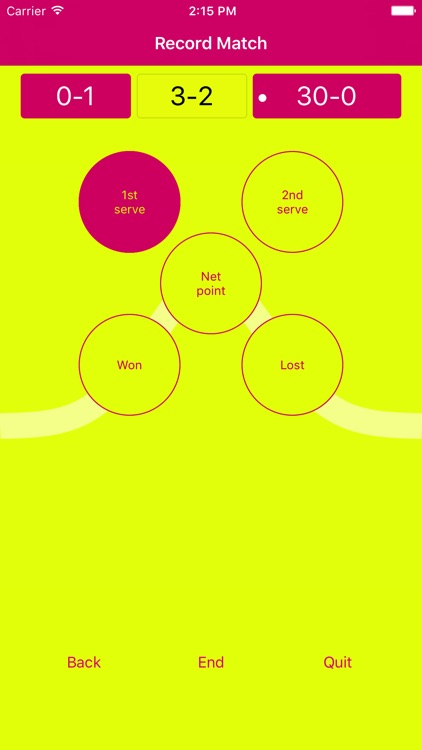 Yellow Tap Tennis is for all tennis players who want to track their own match statistics – just like the pros.

Designed by tennis players for use between points, Yellow Tap gives you the ability to collect your stats without impacting the flow of a match because it is designed for the Apple Watch but works just as well on the iPhone if worn with an armband.

It takes two or three taps of the screen to determine if and how you won or lost the point. If you ended up at the net there’s one extra. That’s it, two to four quick taps and you’re on to the next point! At the end of the match the watch syncs to your iPhone where you can view in-depth stats - see screen shots for everything you will get.

1. Yellow Tap is for your own stats and not your opponents – if you were beaten at the net by a passing shot it goes down as an opponent winner, no more detail than that. But if it’s you that hit a forehand winner then it’s easy and intuitive to select that.

2. The scoreboard is integrated into the point outcome which removes any need to state who was serving and if it was a break point.

Don’t have an Apple Watch? Use a smartphone armband – the app works exactly the same on the iPhone. Or better still, convince a parent, friend or coach to do the work for you at the side of the court ;-)

Yellow Tap goes beyond match statistics in isolation. Use the ‘Combined Stats’ tab to filter your stats by opponent, court surface, duration of match etc to start working out what you need to improve depending on the circumstances! 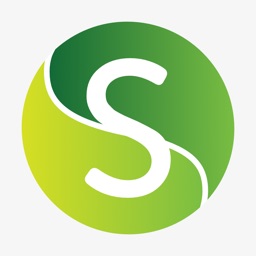 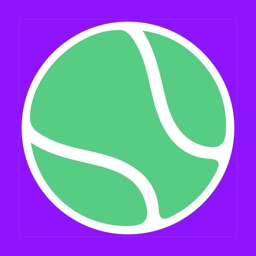 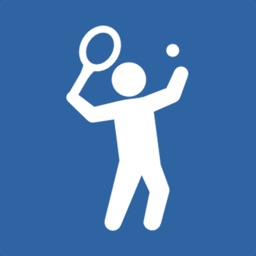 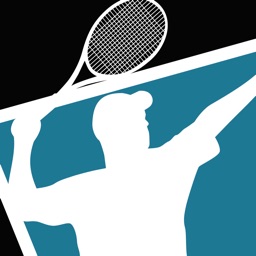 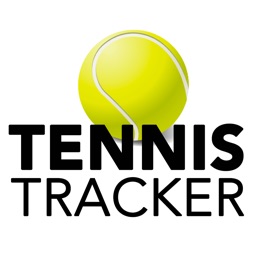 Sporty Apps
Nothing found :(
Try something else