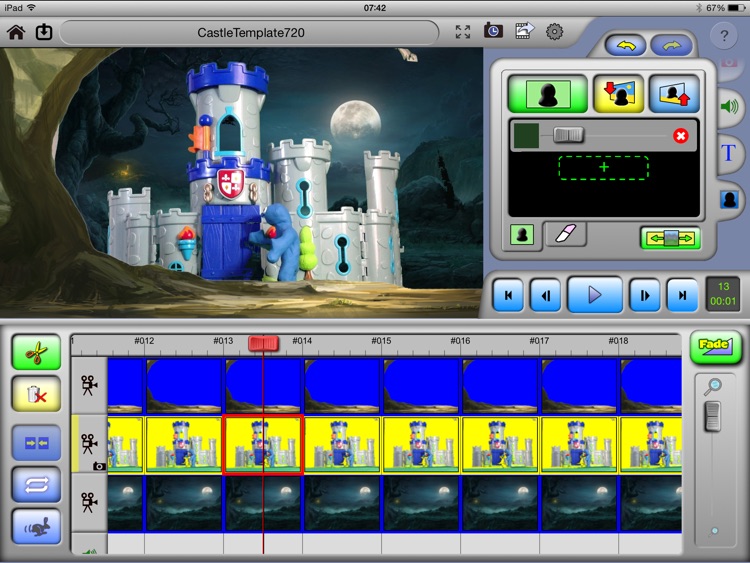 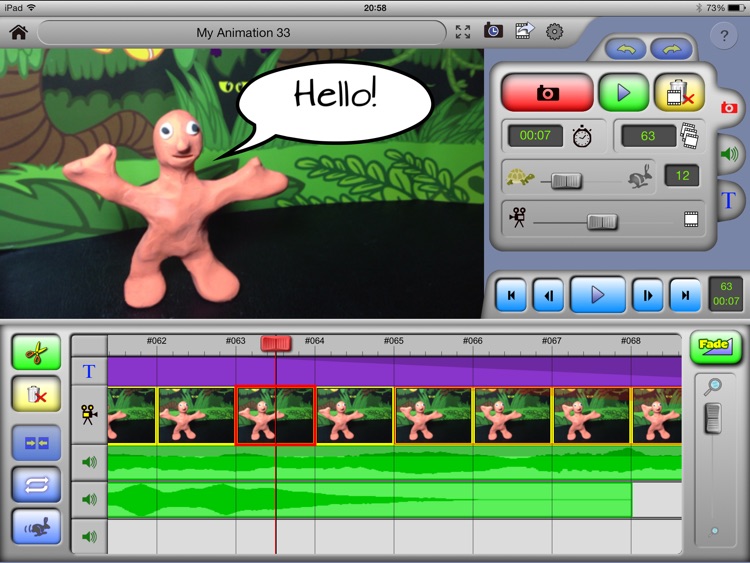 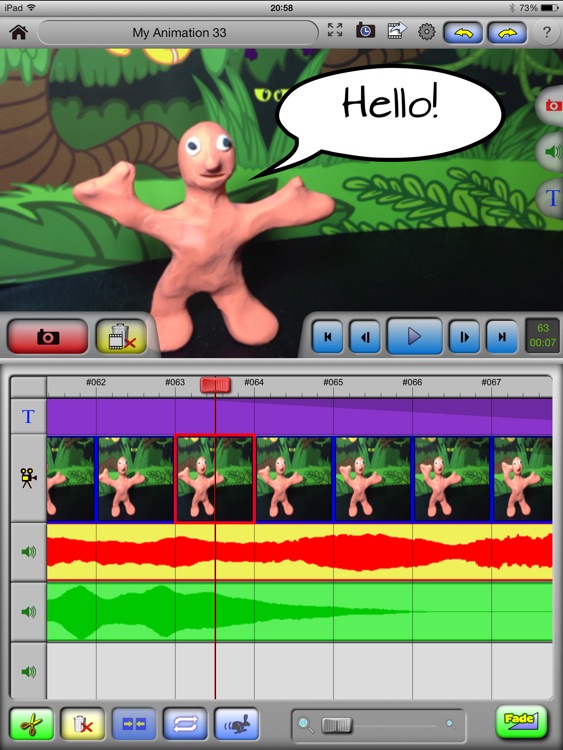 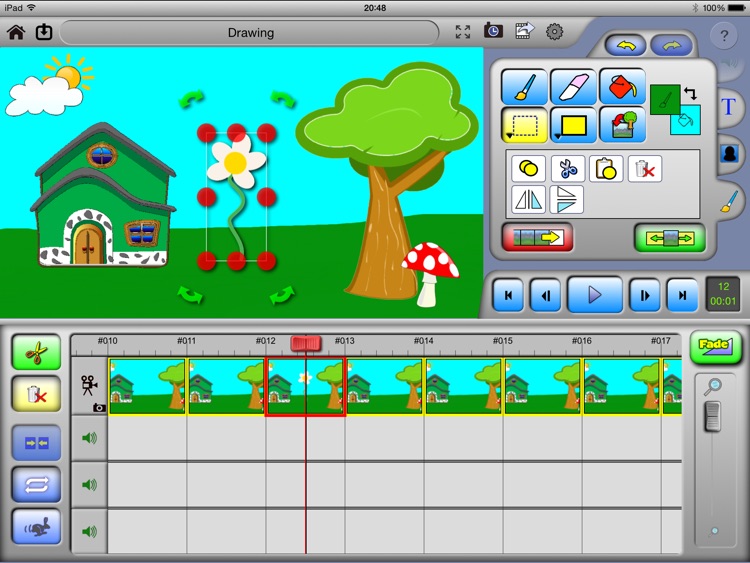 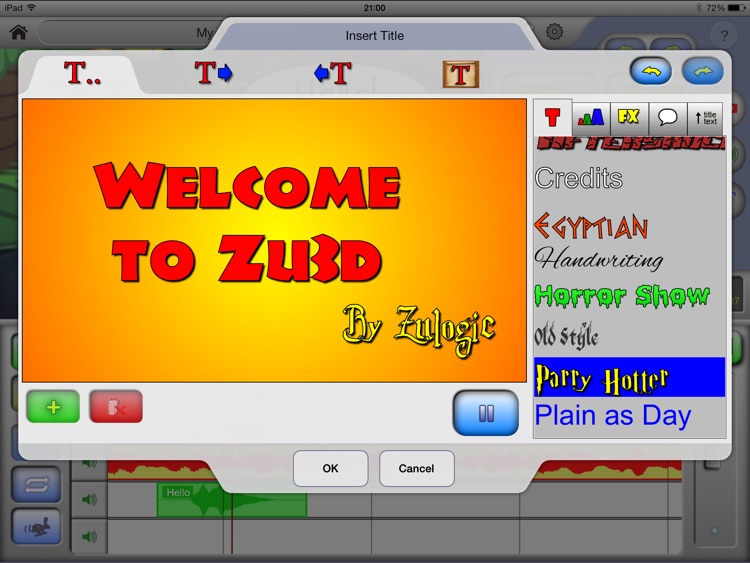 Create your own films by taking pictures, importing videos, sprites and gifs. Then import & record sounds and music, add titles, credits and speech bubbles. When you're finished just export your animation to share with friends or upload directly to YouTube or Zu3D.com

Check out the tutorial video on http://www.zu3d.com/ipad to see just how easy it is.


Auto-capture
- Turn on this feature (press and hold capture button) and Zu3D will detect when your hand leaves the scene and automatically take a picture.

Video editing
-Zoom out of your film to to use powerful editing tools.

Import music and sounds
-Zu3D comes with a library of sound effects and music. You can also import audio from your computer.

Import sprites and animated GIFs
-Combine PNG and GIFs with your film.

Record narration & dialogue
-Or your own sound effects.

Speech bubbles
-Choose from a variety of different speech bubbles to overlay over your film.

Titles & credits
-Add exciting titles and scrolling credits using one of our many templates or build your own.

Publish on Zu3D.com or YouTube
-Share your film with friends, family and the entire world on our moderated, child friendly animation gallery.

Export your film in three different qualities including HD.
-Turn your animation into a .mp4 file that you can share with friends.

Retina Display
-Get the full benefits of your retina display.

Exposure, white balance and focus lock
-Easy to use camera settings to create a professional finish.

Autosave
-Your animation saves automatically so no need to worry about losing your work.


Here’s what people have said about Zu3D for the PC

"Zu3D is an intuitive and surprisingly powerful piece of software. It can be tailored to cover all age ranges and abilities. " Jason Stansfield PC Pro Magazine.

"This is great software! If you want creative, intuitive and motivational stop-motion software then look no further. Everything about this software has been very well thought out. My class absolutely love using it." Chris WildAdvanced Skills Teacher (ICT) 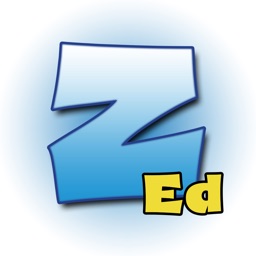 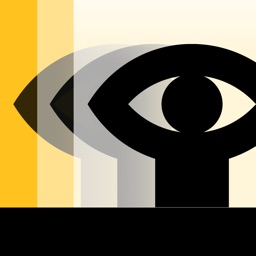 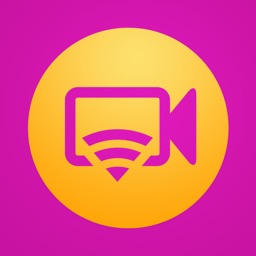 Justin Cegnar
Nothing found :(
Try something else