You are using an outdated browser. Please upgrade your browser to improve your experience.
by Eric Norwood
January 1, 2009

In June of 2008, Sling Media showed up at Apple's WWDC with a "pre-alpha-proof-of-concept" SlingPlayer Mobile for the iPhone 3G. A SlingBox is a set-top box that, once connected to your Television, streams television or other video inputs to you live. There is no downloading or recording of programs, SlingBox will stream real-time media to a PC, laptop, and several smart phones. At the time, Sling told the public that Apple had not yet accepted them into the Developer's Program and they were excited to get in. Since the demo on a jailbroken iPhone, nothing. No updates, no promises, just silence from the San Mateo based company, parented by DISH Network giant Echostar. All that has resulted from the demonstration is speculation, leaving die-hard Sling fans wondering when they will get to complete their iPhone. After all, many other smart phones already have SlingPlayer Mobile. Why would Jobs let them one-up us? Message boards were full of Sling iPhone chatter - and there are a couple of conspiracy theories going around. AT&T and or Apple didn't want this bandwidth hog cutting into their Mobile TV profit. Ross Rubin from Engadget reminded us, Apple has a few guidelines for accepting Apps from developers. "Apple has already outlined some kinds of applications that it will disallow: programs that feature pornography, compromise privacy, hog bandwidth or device resources, or are illegal or malicious." AT&T released its Mobile TV in May of 2008, which is around fifteen dollars a month. Some questioned, pessimistically, why AT&T would allow a third-party developer to cut into their slice of the pie. Others pointed to Apple's bandwidth hogging policy, coupled with the potential competition with Apple TV as the reason why SlingPlayer was missing from the iPhone -- still. But this theory doesn't quite add up. For one, AT&T already allows SlingPlayer mobile on a variety of other smart phones. Two, Sling won't necessarily compete with the Apple TV - something Jobs called "a hobby" - because you can watch your Apple TV downloads via Sling. Apple hates Sling Sling was slow to develop a Mac platform for its player, so some suspect Apple is simply returning the favor. Why would Apple lag on letting an App like this - something the masses are craving - just to prove a point? One message board poster reported his conversation with a Sling customer service rep: " Talked with tech support... I figured since they have a chat feature for their tech support I'd ask them about SlingPlayer for iPhone. "Carlos" replied: "I have news that is not so good. Sling Media tried to create the software compatible for iPhone but we encountered some obstacles to do it. So far, the project is on hold for an undetermined period of time. We will let you know for sure once is available." This rumor was quickly answered, but not exactly dispelled by a Sling Media Beta Manager: "To be perfectly honest, that is, of course, a possibility. Apple controls what Apps get on the iPhone. But at this point we're intending to develop an official application with the official SDK and sell it through the Apps store. What Apple does remains to be seen. Personally I don't think they'll do anything to block it...Work is continuing on iPhone, I was just talking to the product manager about it yesterday. I can't share the information, but I was pretty happy with what she had to tell me." Now Orb has hit the iPhone, a program that does virtually the same thing - with a few caveats. Orb costs ten bucks in the App store - unless you buy the free version, which is pretty much like an iShuffle version of the program, totally worthless in my opinion. You then need to buy a TV tuner card for your PC, which will cost you about $100 or more. You need to have Orb running on your PC if you want to be able to stream media to your phone, so you if you leave your machine on sleep before you leave for work, you're screwed. Oh and I forgot to mention that Orb is only available for PC users as of right now, though they have promised a Mac version in the future. The way I see it, Sling is to blame for the belated App store arrival. They likely have not even submitted their App to Apple yet, and seem to have been focusing on releasing their Blackberry Slingbox, which barely made a 2008 release on December 30. An iPhone SlingPlayer would sell many new units for Apple and add another chapter to supporting it as the coolest phone on the planet. There is a petition going around that you you can sign if you are sick of waiting, but I'm pretty certain we will hear something about Sling at the upcoming MacWorld Expo. Stay tuned. 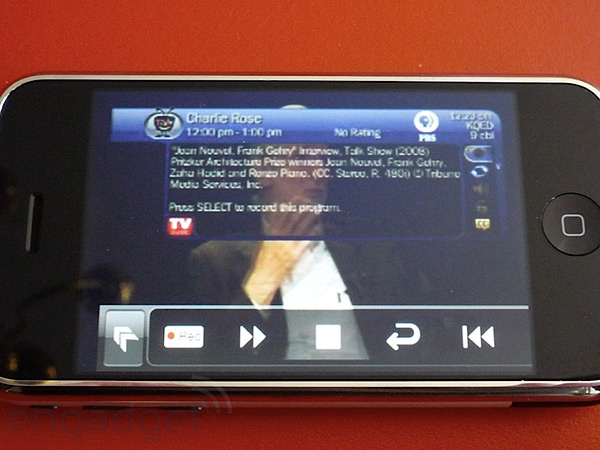 2008 Comes And Goes: Still No SlingPlayer

2008 Comes And Goes: Still No SlingPlayer
Nothing found :(
Try something else