You are using an outdated browser. Please upgrade your browser to improve your experience.
by Tyler Tschida
January 28, 2009

Meizu, a Chinese phone manufacturer, has finally released their new Windows CE based smartphone called the M8 which strongly resembles the iPhone, not only in software but also physically. The M8 has been in production for quite a while. It was first reported back in January 2007 but has since gone through many design changes that make it resemble the iPhone even more than when it was initially announced. The M8 includes a myriad of features that resemble the iPhone's including a single tactile button located on the bottom of the phone, multi-touch controls, proximity sensors, ambient light sensors, accelerometer and a three megapixel camera just to name a few. The device even has the same storage sizes, it's available as a 8GB or 16GB model. The key difference is that the Meizu M8 sports a 3.4 inch display with a 720x480 resolution compared to the iPhone's 3.5 inch display with a 480x320 resolution. Maybe Apple should be copying Meizu? The device also has a custom "Mmobile operating system" running over the top of Windows CE to make it resemble the iPhone's software. Meizu is offering an SDK for third-party software developers. Overall, the device actually sounds like it could be pretty great but Apple probably won't be allowing this device to get outside of China where it has received approval from the Chinese MIIT and is now available. It's a good thing Apple was finally awarded their multi-touch patent, it should come in handy very soon. [via WindowsForDevices] 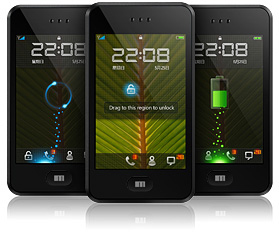 Meizu M8 iPhone Clone Now Shipping In China
Nothing found :(
Try something else