You are using an outdated browser. Please upgrade your browser to improve your experience.
by Tyler Tschida
February 20, 2009

It seems like the farting application trend at the App Store is finally starting to taper off. So what novelty application is going to fill the void? I am sincerely sorry that I have to be the one to break the bad news but it's time for the jiggling applications to take over. Apple has always been able to regulate which applications are placed at the App Store however they please. Sometimes they make controversial decisions and users voice their displeasure but Apple is simply looking out for its customers, for better or worse. In January, Apple put the kabosh on iBoobs, stating that it violated their SDK. This is nothing new but Apple did give the developer a glimpse of hope, stating:

"If you believe that you can make necessary changes so that iBoobs does not violate the Apple iPhone SDK we encourage you to do so."

Apple has been very clear that they do not allow objectionable content of any kind at the App Store:

Applications must not contain any obscene, pornographic, offensive or defamatory content or materials of any kind (text, graphics, images, photographs, etc.), or other content or materials that in Apple’s reasonable judgment may be found objectionable by iPhone or iPod touch users.

So, how are developers now getting these boob jiggling applications onto the App Store? Instead of including the objectionable content on the application itself, users are able to import images or download add-ons from other sources. Those tricky developers. Applications like Wobble, iJiggly and iJiggles are climbing the charts quickly. iJiggles is a free application at the App Store that allows users to import or take any photo they wish and make objects jiggle. Sounds simple enough but users are eating it up. iJiggles is currently the number one free application at the store. Wobble uses the same basic idea but their version costs $0.99. Cost obviously isn't a deterrent either for most users because Wobble currently ranks 12th on the paid applications list. All of these applications have helped other simple applications like Bikini Blast climb up the charts as well. Bikini Blast isn't offensive in nature necessarily, it is just a collection of ladies in bikinis which could be considered PG-13 at best. Users have been downloading this application as well to import photos into other applications like iJiggles and Wobble. Now users don't have to scour the web for scantily clad women. Of course, the photos don't have to be bikini babes. Users can import anything they wish. The content can be as objectionable or as harmless as you wish. Apple's SDK doesn't say anything about importing your own images. This is a message to all of you developers out there who have had applications rejected due to objectionable content, simply remove the objectionable content and have it downloadable after the application gets accepted to the App Store. Problem solved. In all seriousness, Apple is showing us just how many problems they have yet to fix with the App Store's acceptance process. 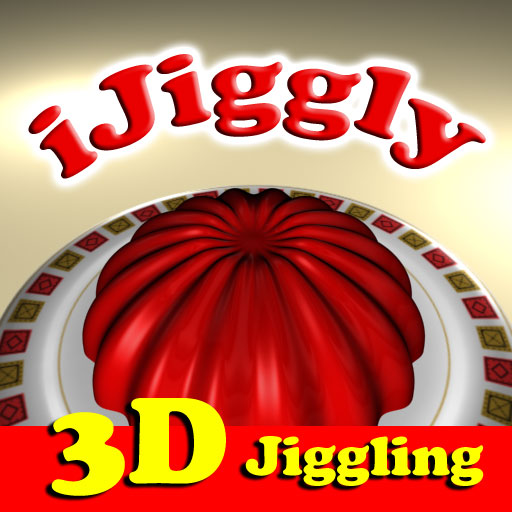 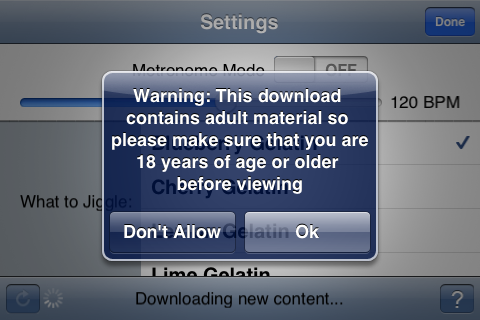 Want Objectionable Content On Your iPhone? Import It!
Nothing found :(
Try something else