You are using an outdated browser. Please upgrade your browser to improve your experience.
by AJ Craig
March 4, 2009

We hesitate to write an article about ourselves, however we have recently been placed in the very same position that many iPhone developers have unwillingly found themselves while submitting an app. It is expected that after submitting an app to the App Store, it will either be accepted or rejected. Unfortunately, we found out the hard way that there also exists an unspoken third possibility. Some time ago we had an idea for an app that would bring some of the benefits of our website to the iPhone. Reports on price drops in the App Store have always been some of the most popular articles on our site. So, we created the app our viewers had been longing for, BargainBin. BargainBin is a FREE real time feed of every app that ever goes on sale in the App Store.

We went through the entire development process; we spec'd out the app, hired a development company to code it, and tested it. It was built well, very stable and very fast. It also featured unique user interactions that made it a pleasure to use. We then excitedly submitted BargainBin to the App Store with high hopes. Knowing that marketing is most often what brings an app to success (sadly), we even spent time creating a mock infomercial to announce the app once it was available in the App Store. Based on our conversations with dozens of developers, the current average review time for an app to get accepted or rejected is about five days. We submitted our application several months ago with no response from Apple. We have now come to the point where we have lost hope that our application will ever be allowed to sit in the App Store we love so dearly. We now know first-hand what many developers have had to go through. The whole experience has been extremely demoralizing for our team. It is hard to put so much thought, time and money into something and then have it lost in an ether of uncertainty. The most difficult part about all of this has been our inability to get any answers from Apple. We have made countless phone calls to Apple trying to find out why BargainBin is not getting approved. All we have received is a handful of “be patient” comments and several so-called “escalations” by Apple that have proved to be fruitless. We also sent several dozen emails that resulted in nothing more than we will be notified once the app is “ready for sale.” Apple has set-up a firewall, an entire team of courteous phone representatives who are hired to deal with this exact issue. Just as when the President lets a bill die on his desk by not dealing with it, it is now clear that Apple uses the same policy; BargainBin has been “pocket rejected.” This pocket rejection has been extremely frustrating. If there is something wrong with our app, tell us so we can try to fix it. If Apple wants to flat-out reject our app, at least give us the courtesy of letting us know that. We would like this article to be more than us just our whining. We want to share some things we have learned from our experience in dealing with Apple in hopes that we can help others who end-up in a similar situation when they search for answers. First off, dealing with Apple is like talking to a brick wall. Say what you want to them, but don't expect a response. Don't even expect them to acknowledge any of your comments or questions. That is just the sad reality of the App Store submission process. Secondly, the App Store approval process is designed to let the simplest and most meaningless apps in the easiest. The App Store is filled with “crapware” and Apple has set-up a system which aids this. The less your application does, the quicker it will become approved for sale in the App Store. If Apple reads from your app description that it features many complicated functions, it will undoubtedly be tested longer and harder than other apps. This reality has been combated by some wise developers who minimize the description of their features of their app when they submit it for approval, only divulging the full feature list after approval. The bottom line is - don’t tell Apple that your app does a lot and maybe they won’t notice. Lastly, anyone who is planning on developing an app to submit to the App Store for approval must realize that they are essentially playing a game of Russian roulette with Apple. Don’t expect the process to be fair. Actually, don’t even expect the process to be logical. And most importantly, don’t expect to have any knowledge about the status of your app throughout the process. (afterword: Thanks to Proximi Inc. for helping us develop BargainBin. You guys did a great job, I am sorry that others will not get to see your hard work.) 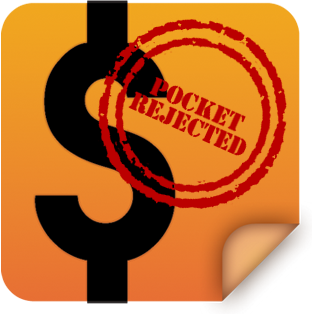