You are using an outdated browser. Please upgrade your browser to improve your experience.
by Staff Writer
August 29, 2009 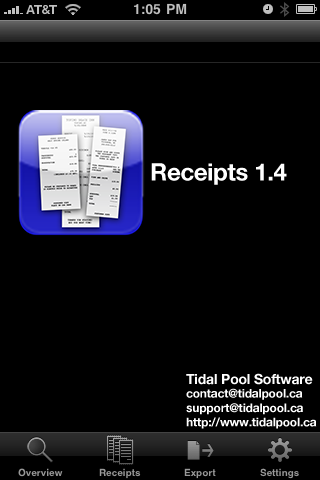 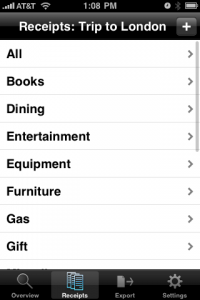 So you decided to take a little trip to London with your buddy. You were smart enough to change your currency into British Pounds and decided you would just share everything equally, until your buddy met that girl in the bar and wouldn't stop buying her drinks. You say, "Ah well, we had a good run." You whip out your iPhone and start tallying it up. Well thats what Receipts is for, to keep track of your everyday expenditures, so at the end of the day you feel satisfied where you money has gone. 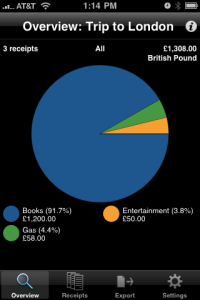 You were able to record all the receipts as they came in without much work. You could have chosen one field, or two, but you chose to fill every single one out, even the notes, to remind him of his temporary insanity. Not that he would have doubted your calculations, but it would be nice to show proof. You wouldn't have to fight like last time, when he could not remember paying 100 euros for a piece of cheese and there was no receipt, or record, to prove either way. This time you had it all, but when you saw his heartbroken face as he said goodbye to her you decided to keep the information to yourself, because, well, you're a good friend. 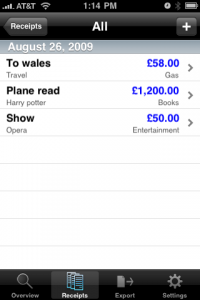 You go home and the only option you have is to email yourself the receipts and later manually sync them to your finance program. It would have been nice to have it sync directly but that would have probably made the app a lot more expensive.

In iTunes comments suggest that people have had their receipts disappear altogether. They say that the data was lost after three months. It didn't happen to you, but you decided to be more careful by sending yourself regular emails. After all it is just software, there are bound to be glitches sooner or later.

This app can be a life saver in times of need. If you are having financial problems or you simply want to be on top of your finances this app is a great addition to your toolbox. As the example above states, if you go on a trip and just want to enjoy yourself, and forget about counting receipts until you get home, this is a good way to call yourself stupid, for precise expenses later at home, then worry about it half way into the trip. Its a good buy for what it performs, though I wouldn't mind seeing it drop a couple of bucks in price. The app does not shock you with its features but it doesn't disappoint either.