You are using an outdated browser. Please upgrade your browser to improve your experience.
by AJ Craig
September 22, 2009 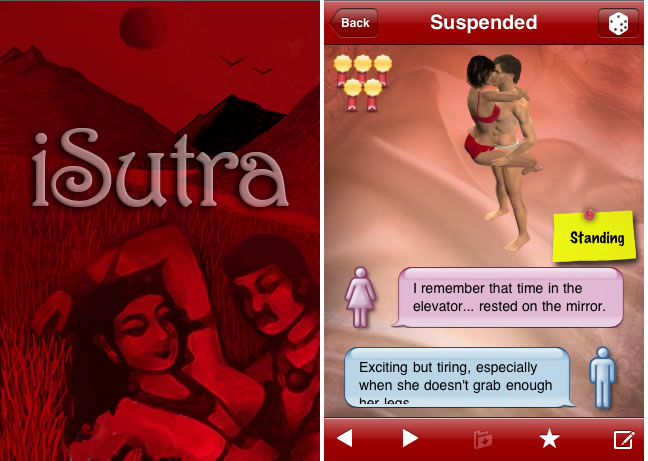 iSutra, the iPhone 'Kamasutra add-on' was released in the App Store today.  iSutra is an iPhone version of the Kama Sutra, the ancient Indian book about human sex behaviors and sex positions. The application has been available for jailbroken iPhones in the Cydia store for a while, however most would assume that the subject material was too risky for Apple to allow iSutra through the App Store gates. That assumption was proven wrong, well kind of. iSutra is now available in the App Store, however the application as first launched does not display the sexual position details that the jailbreak version ships with. It appears that the developer has included the risky sexual position screens as part of an easter egg build into the App Store version. As installed, iSutra appears as the screen shots below. Touching a position's name displays an option to set your star-rating for the selected position. 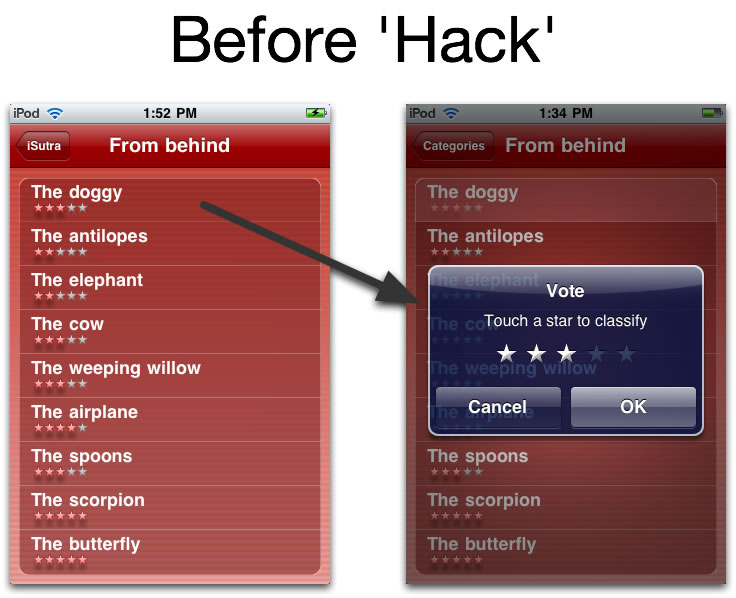 After the user goes to iSutra.org on their device and initiates the linked 'hack', the application sheds a lot more detail than before. 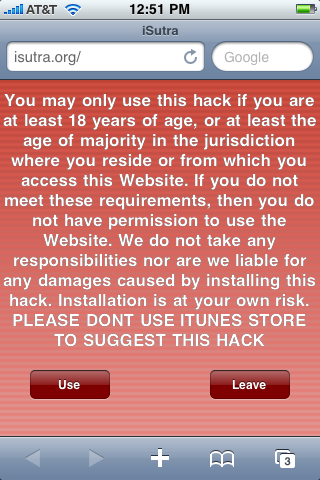 After the 'hack', as soon as the user press on a position name, a cartoon sketch with description for the particular position opens up. Additionally a dialog box at the bottom describing the male and the female review/experience of that particular position is displayed. 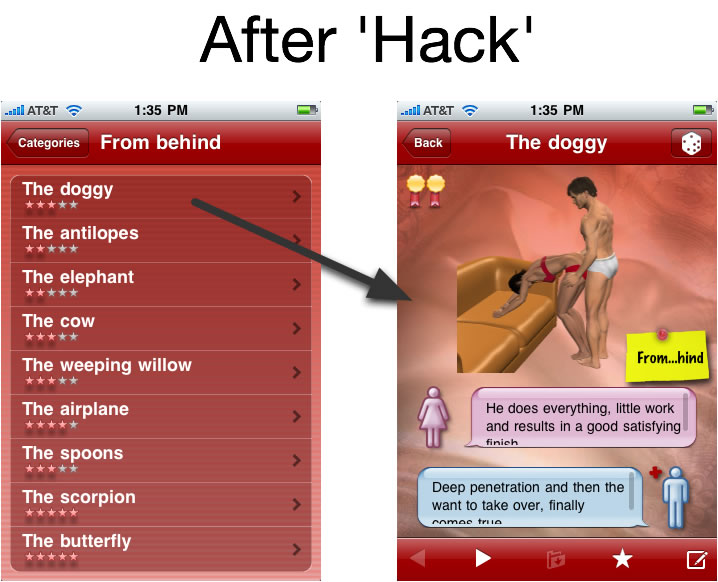 While few would consider this application, even with the 'hack, to contain obscene, pornographic pictures and positions; it has to be assumed that Apple will not be pleased and iSutra's days hours in the App Store are numbered.