You are using an outdated browser. Please upgrade your browser to improve your experience.
by Staff Writer
October 22, 2009 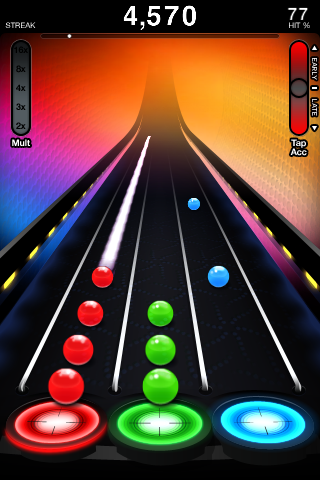 Tap Tap Revenge is back in its third installment. If you haven’t played the first two or the pre App Store jailbreak version it’s basically a music rhythm based game. Notes come down the screen across three rows, and you tap on them as they cross the circles at the bottom of the screen. If you have played the first two, then it’s good to know that number three includes plenty of new features. The main feature is that you can buy songs within the game. Also there are enhanced online social features. 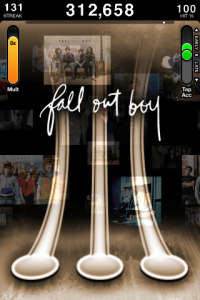 Tap Tap Revenge 3 builds upon the success of the first two to bring and enhance a bunch of features. The main feature is in app purchasing of well known songs. There are 50 song bundles to buy in either two song bundles for $0.99 each or six song bundles for $2.99. At launch the game comes with 100 indie titles free to download. Also every week a new premium song is available to download. The premium songs all come with their own nicely designed theme similar to Tap Tap Cold Play or Nine Inch Nails, etc. Also included are brand new online social features. Now when you play online you have a deluxe avatar, online ranking, achievements, ability to chat, and send messages. When you play online there are now weapons and shields to use including bombs, and goo splatter on the screen. 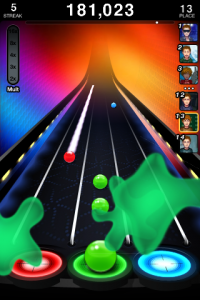 For only $0.99 you get a lot of stuff. The user profile, avatar, leveling system, and online play are very nicely done. Now you can keep track of your skill level and experience in solo play or online. As you progress you can earn coins to redeem to enhance your avatar. The online play is great as you play live against anyone in the world. The two player mode is played on the same device, and is nicely done, but does pale in comparison to the multiplayer in Rock Band. Push notification challenges are included, but that is also in #2. The interface is designed exceptionally well. The space theme is outstanding, and the balls flying down look great. As you tap on the notes a white circle emits from your tap, and as you progress the scene changes based on your current combo level. When you play a premium track the specially designed themes are absolutely gorgeous, and provide a brand new experience. Not only does it look great, but it plays great too. It’s just makes sense, and is so much easier to tap on the note, rather than buttons below the notes. A lot is included to keep you coming back for more. Not only can you play online, but the game keeps track of your online ranking similar to F.A.S.T. Everything that you do is kept track of, and helps you later on whether its online high scores, achievements, or skill level. 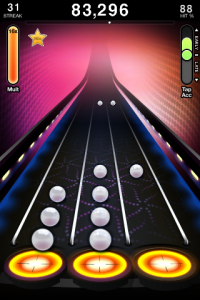 The major problem is the song list. 100 songs are included, but I haven’t heard of one of them, they’re like extreme indie. The last two premium free songs of the week are well known, but that’s a short list. The songs to buy are well known, but then you’ll start putting money in, and will quickly reach the $10 price of Rock Band. As you’re playing the tap on note interface is great, but it doesn’t feel like you’re tapping with the beat. It feels just like a tap the moving dot game, where Rock Band feels like the taps correspond to the music.

Tap Tap Revenge 3 is a worthy successor to the franchise. It builds upon a lot of the great features, and even adds a couple. One thing that I did notice is that it’s not too different from Tap Tap Revenge 2. You pay $0.99 to have access to spend more. Tap Tap looks great, and plays great, but it just doesn’t quite feel like you’re playing any music. To play songs you actually know you will have to invest more money into the game, and you will slowly get to the excessive price point of Rock Band. It just didn't seem as realistic, and therefore less fun than Rock Band. Overall Tap Tap Revenge 3 is worth it for $0.99 for the online play, and great system keeping track of everything. The songs are the major downfall of the game, unless you want to spend more. 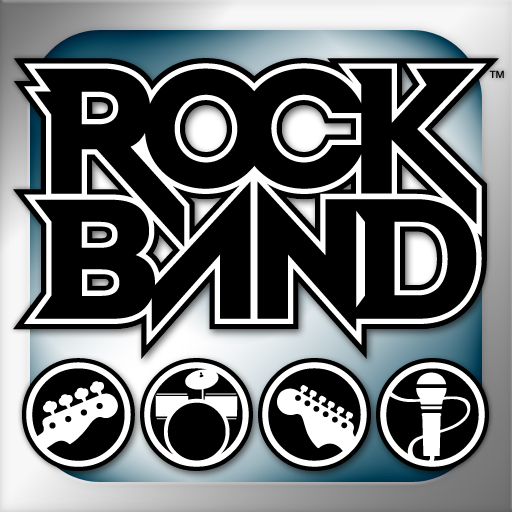