You are using an outdated browser. Please upgrade your browser to improve your experience.
by Matt Fox
December 18, 2009 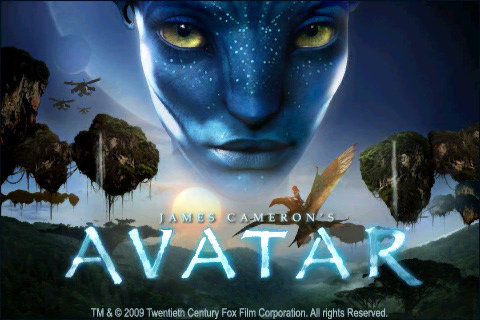 Play the game based on the highly anticipated film of the same name. The story in the game takes place two decades before the film and tells the origin of the very first avatar. Explore the vast world of Pandora and get hyped for the movie in a very faithful and well made adaption. 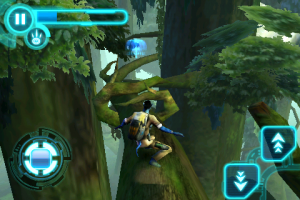 The main feature included in this game has to be its content. This app has over 15 levels of gameplay in it that range from running around, flying, riding horses, and as well as tons of other elements thrown in there as well. 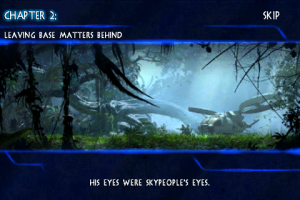 There are also a bunch of different weapons and fighting systems that you get to use throughout the game. Master weapons like the fighting staff and bow and arrow. You also get to master human weaponry including high powered guns too. The last main feature here comes by way of voice-over narration. At the beginning of each level, the game is narrated by the voice of Neytiri from the actual movie.

I've played a lot of iPhone games and this is by far one of the most impressive apps I've ever reviewed. There is a lot to like from this game and it's one that is definitely worth the high price tag. 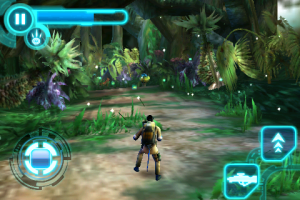 What really makes for a great game in my opinion is the details. It's those little things that can really push a game from being just okay, to really great. This has those details. The graphics and the world itself are amazingly done here. When you are playing, check out the clouds, they actually move through the sky. Every level has these little balls of light energy that flicker throughout the game as well. It really creates an atmosphere for the world you are in and it makes me that much more excited to see this in IMAX over the weekend.

The gameplay is also incredibly smooth here. Yeah, there are a few control issues (which I'll get into later), but for the most part the game runs very well. I didn't find myself having a difficult time moving around like I normally do with apps that incorporate the virtual D-Pad or Joystick like this one does. The music and sounds in this game are also top notch here, as is the story. Obviously I can't comment on how it compares to the film yet, but just judging the app on its own...it's really impressive. The score is very grand and epic and fits the game and world perfectly. 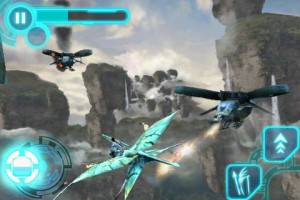 The main story takes place two decades before the film. Again, I'm not sure how this works seeing as I haven't seen the film yet. However, the story is very engrossing and works fine so far. Last is the sheer amount of gameplay here. The game has 15 levels and those will take you a very long time to complete. I've put in around eight hours with this thing and I'm only on level nine. Again, it's got a lot of content for what you're paying.

Not much and what is "Bad" is really more nit-picking than anything else. The main downfall to this game comes from the camera. It never really moves and you cannot control it. 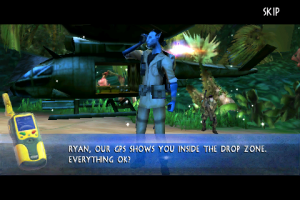 The game is basically on a rail system, so you have only one way to go for the most part. The levels are so vibrant that I understand why a free-roaming camera is not here. However, it does make exploring the world a little cumbersome at times and it can get frustrating. The controls work very well. Let me just say that of all the games I've tried with controls like these, Avatar has worked the best for me. With that said, the controls do have a few glitches to them. You cannot aim at anything. The game just kind of locks on to whatever is closest to you. Which is annoying, but not terrible. You also have no control over what kind of attack you do. If an enemy is far away, you shoot. If it's close, you do what seems to be random combo moves. 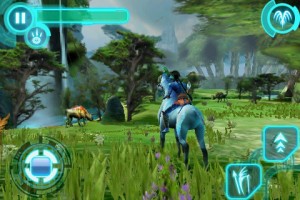 After a while you kind of figure out how to utilize this system, but it's still a bit unreliable at times. I never got killed or overtaken because of it, but the controls do take some getting used to. Finally, and this is a very minor thing, the sounds glitch for a moment here and there when you are firing the guns. If you hold down the fire button, the gun will continue to shoot. You hear the sounds of the gun firing the first few times, but then the sound drops for a moment and you hear nothing. Not a big deal, but it's there. 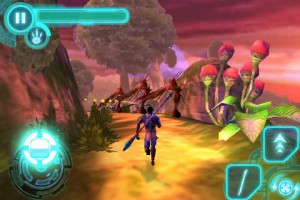 Don't believe the hype? Well...we will see when the film is released. However, in terms of this game I feel it surpasses the hype by leaps and bounds. Make no mistake, this game is gorgeous and the world is fully fleshed out. There is plenty of variety in gameplay so it's not just run and shoot and it seems to tie into the film quite well. (Although I can't fully be sure until I see the film myself). Yes, ten bucks is a lot for a game, but this is one I fully recommend. If you're interested in the film, this is a great companion. If not, it's still a very fun and entertaining way to spend $9.99.
Nothing found :(
Try something else