You are using an outdated browser. Please upgrade your browser to improve your experience.
by Alexander Vaughn
January 7, 2010 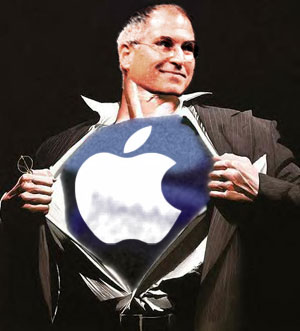 Remember Lisa, the Consumerist reader who couldn't get her iPhone back after it's been stolen and sent to Apple for repair ? Well, apparently, she pulled a "can I talk to your superior" and emailed Steve Jobs about it: Here is her follow-up:

It turned out to be a happy story, e-mailing Steve Jobs actually helped. I e-mailed him the same day I emailed consumerist, which was the 30th of December, on the 2nd of January I got a phone call from the executive office of Apple. I was then told that they do have a procedure for these types of situations, and that I need to provide them with a police report number. Once they have a police report number there is someone at Apple that deals only with law enforcement and will be in touch with them. At this point all this has happened and there is an investigation under way. I'm glad that I was wrong, Apple does have a policy regarding these types of situations and they do care. It's just frustrating that I have to reach out the the CEO of this huge multi-billion dollar company to fix what seemed like a no-brainer to me (even though its not a huge deal to email him). It would have definitely reduced a lot of stress if the apple rep I spoke to would have told either me or the NYPD that she needed a police report number and it wasn't enough to just hear from the police. I still think that it wouldn't be too difficult for Apple to flag serial numbers that have been reported stolen or lost (via whatever means they designate at legitimate proof) and then proceed to investigate if the serial number crosses their path at some point.

Didn't they say they needed a police report? Anyway, good it worked out for her. Alright people, if you keep bothering the Steve about your little problems, the tablet will come in 2020... [via Gizmodo]