You are using an outdated browser. Please upgrade your browser to improve your experience.
by Alexander Vaughn
March 23, 2010 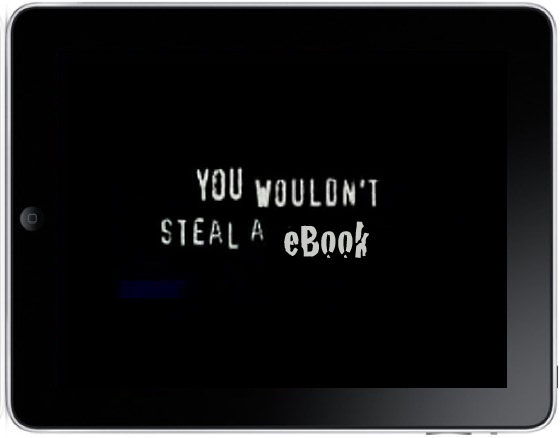 Unlike the music and movie industry, publishers have not really suffered from piracy until now. Freakbits' chart of the top pirated books of 2009 represents fairly well the reality you'll face when searching the web for pirated eBooks; the offer is extremely poor. To give you an idea, you won't even be able to find at the moment most of the Top-5 best-sellers. A situation that is however about to change; the arrival of the iPad will indeed revolutionize publishing, by introducing eBook piracy.

There are two reasons for that. First of all, the apparent present "lack of eBook piracy" is by all means due to the fact that eBook readers are not yet a mainstream gadget, it's a niche. The iPad is set to change that and it's indisputable that eBook piracy, just like music piracy, will raise and eventually explode as eBooks go mainstream.

What about protections like DRMs and all that fuss? Well, that is my second point; the iPad will make it easier than ever before to pirate eBooks. Indeed, Apple will protect its iBooks using the same DRM system it uses on the rest of its iTunes catalog; Fairplay. The thing with DRMs, and Fairplay in particular, is that they can be cracked. After that, anyone who purchases an eBook on iBooks will have the possibility to share it for free with the rest of the world. This is exactly what happened to Super Monkey Ball, the very first cracked iPhone app, which was available free of charge all around the web only days after the launch of the App Store. How long will iBooks hold? A couple days maybe, probably just hours.

There is however one major difference between eBooks and apps; Apple prevents app piracy by making your iDevice validate every new app installation with your iTunes account. The only way to go around this measure is to jailbreak your device and disable the protection. While it does stop would-be pirates who don't want or can't jailbreak, this tedious step does not exist on the iPad iBooks ecosystem. As announced, the iPad can natively import and read eBooks in the ePub format through iTunes without any validation. In short, all it will take to put a free cracked (or public domain) eBook on an iPad will be to download it online, and drag it on iTunes. Apple is not to blame here. After the music and the movie industry, the same fate was bound to happen to publishing anyway. The iPad will only accelerate this evolution and soon force this business to find new revenue streams.
Nothing found :(
Try something else