You are using an outdated browser. Please upgrade your browser to improve your experience.
by Alexander Vaughn
March 30, 2010 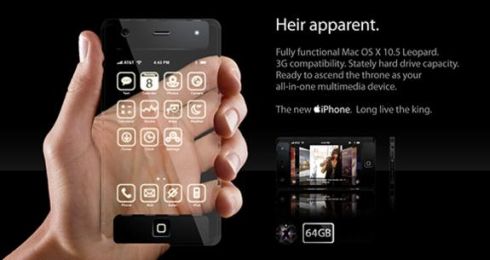 We've been getting quite a flow of concerned emails and comments these days worrying that our love for the iPhone shifted to the iPad. Relax, our hearts are big enough for both you, iPhone users, and your little (big) iPad brothers.

Anyway, the iPhone is back to being the center of attention today thanks to a new round of wild speculations. Indeed, the Wall Street Journal re-opened the dance this morning reporting that according to "people briefed on the matter" (that's code for a source), Apple "appears to be" (that's code for "it's the fedex guy")  prepping not one, but two iPhones for this summer. One of which would be apparently intended for Verizon.

This being like the thirteenth time I'm hearing this rumor, I'm really starting to dream of a AI-powered spam function for my RSS. Anybody heard of something like that?

Apparently just as bored by this news, Daring Fireball's Jon Gruber decided however to spice it up a bit with some random extras of his own:

And they have no actual details of the next-generation iPhone. Nothing. Not the A4-family CPU system-on-a-chip. Not the 960 × 640 double-resolution display. Not the second front-facing camera. Not even the third-party multitasking in iPhone OS 4. All they have is that there’s going to be a new iPhone this summer, period. Thanks for the scoop, Yukari Iwatani Kane.

While it sounded obvious at first that Gruber is just messing with us; Engadget seems to be actually supporting this. According to them, this double-resolution "iPhone HD", as it's called, should be announced June 22nd.

I must admit that this list of features appeals very much to my Fanboyish fantasy. After all, two iPhones is better than one.