You are using an outdated browser. Please upgrade your browser to improve your experience.
by Robb Lewis
March 28, 2010 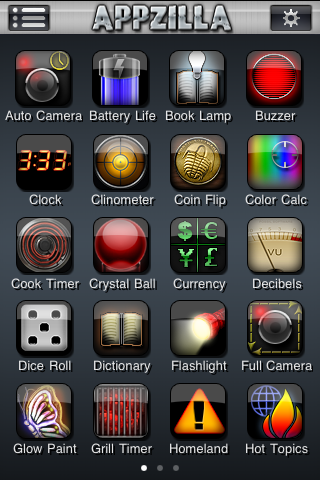 Need to check you battery life? Measure the decibel level of your music? Tune your guitar? Measure an angle? Post to Twitter? How about Facebook? Set up a fake call to get out of a date? Okay, you get the idea. 50 in 1: APPZILLA! has, despite it's name, 51 different apps to cover you for pretty much any small task you might have to do throughout your day from calculating a tip to checking you iDevice's UDID. Appzilla has a huge selection of simple but useful apps, but are you better off buying individual apps? Let's find out.

Because of the vast quantity of apps included with Appzilla, I won't go over all of them in detail, rather highlight the best and most useful ones. However, for anyone wanting to know here is the full list of included apps: 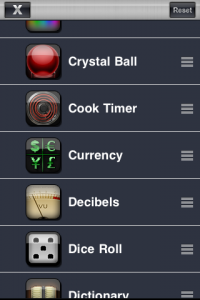 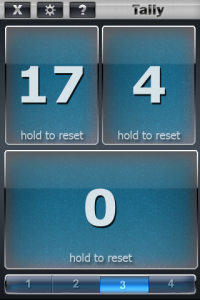 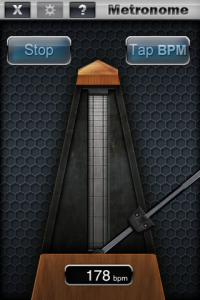 - Homeland Security - Concert Lighter - Moon Phase Calculator - Morse Code Flasher - Password Generator - Massager - Color Picker - Metronome - Pitch Pipe - Sound Box - Strobe Light - Tally Tracker - Dice Roller - Location Tool - Fake Call As you can see from the above list, Appzilla has apps spanning every category such as social networking, utilities, finance and entertainment. The interface is laid out in three pages which you can flick left and right to browse through them. From the main menu you can edit the order the apps are shown as well as turn button clicks and other sounds on/off. 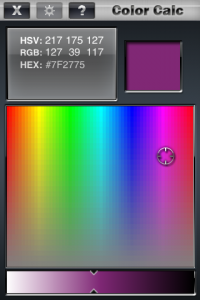 Firstly, I will run through some apps that are particular useful. Color Calc is a great app for designers, allowing you to select a specific colour and then see the HSV, RGB and HEX code for that colour. Currency is perfect for quick currency conversions between any of the 58 currencies. Current rates are retrieved each time you open the app. One of my most used apps is cook timer. You can set up to 6 simultaneous timers which are laid out as four hobs and two ovens, so you can match them to the item you are cooking. If you exit the app when timers are running, then return to it, Cook Timer will offer to restore the previous timers accounting for the amount of time since you exited the app. Grill Timer is similar but this only offers four timers to use. There are two camera apps which are incredibly useful; Auto Camera and Full Camera. Auto camera allows you to set a timer between 5 seconds and 10 minutes. Full Camera loses the grey bar at the bottom that is normally shown and you can tap anywhere to take a photo. I'm not sure why these two apps aren't combined as one, but this doesn't detract from their usage. There is a unit calculator included with Appzilla which has a wide range of measurements that you can convert including data size and pressure. Other useful apps include a translator with over 50 languages, a random number generator, a metronome, a pitch pipe for tuning your instruments and a flashlight. 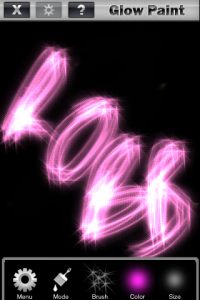 Now for the less useful but fun apps. Glow Paint is a drawing application that gives you 25 brushes and various colours to sue to create glowing images. It doesn't have an undo button, which is annoying, but it's good fun nevertheless. If your looking for some inspiration or a bit of a laugh, Quotes has a database of over 30,00 quotes to keep you entertained. There is a sound box app which has 12 sounds including the obligatory fart sounds. Trip Wire measures sound levels, sounds an alarm when a specified threshold is reached and optionally phones a specific number of your choice. A massager, virtual lighter, strobe light and voodoo doll are some of the other relatively fun apps available. The final app I want to draw your attention to is the aptly named TweetFace. As you can probably guess, this app allows you to update your Twitter and Facebook status. Simple connect your accounts, type your message, add a photo if you want and post. TweetFace is very quick when posting an update and I like being able to update both at the same time.

The Good: Appzilla's biggest selling point is the price. At $0.99 you can't really go wrong. Most of the apps are well designed and easy to use. Instructions and help for each app is accessible from the question mark icon at the top of each app's main screen and you can rearrange the icons to suit your needs. 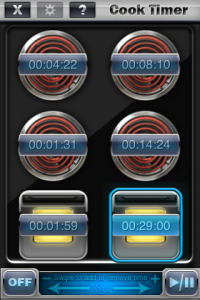 The Bad: A few of the apps definitely fall into the 'totally useless' category. And many of them could be merged into one app such as grill timer and cook timer as well as the two previously mentioned camera apps. There is also a strobe light, book lamp and flashlight, which in my opinion are essentially the same apps and could be made into one. I couldn't get the Decibel Meter to work at all despite the fact that the Trip Wire app, which also measures sound, worked perfectly. I feel that a bit more work could go into making some of the apps better. For example, some apps that required a numerical value input will still show the standard keyboard rather than the number pad. But these are only small details. Another good feature would be the ability to hide specific apps that you won't ever use. I am never going to use Voodoo Doll or Buzzer, so I wish I could get rid of them from view. Also, a list view would be a nice addition.

No one could claim that Appzilla isn't value for money. If you use 2 or more of the apps, then it's already worth buying. Many of the apps match or even exceed the quality of their individually priced app store counterparts. The developer also claims on the app store description that more apps are being added for a future update. I can't imagine what more could be added but I can't wait to find out. Appzilla is without a doubt, despite its faults, the best multi-purpose app in the app store. And it's only going to get better.