You are using an outdated browser. Please upgrade your browser to improve your experience.
by Kiet Chieng
April 29, 2010 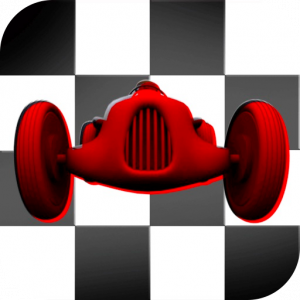 With the iPad almost a month old, we're beginning to see some very interesting ways to integrate uses with existing hardware like our iPhone. We've already seen Electronic Arts implement a unique tile rack system with Scrabble for the iPad that allows players to use their iPhones or iPod Touch's to house their tiles before flicking them off for placement on the Scrabble playing surface. Today, developer SMHK Funlab shows us a new way to interact with the magical tablet that involves using iPhone's as steering wheels for their new racing game, Padracer. Padracer isn't anything special in terms of a racing game. It's a top down racer that has you driving to outlast your opponent but what makes this game different from any other racer is that your only way to control your car is by connecting your iPhone or iPod Touch via Bluetooth or Wifi to steer. The game sports classic NES type graphics and gameplay that conjures up old memories of RC Pro AM for Nintendo. 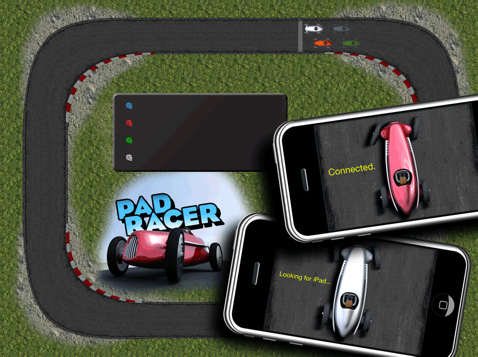 The app sports universal binary support so the $4.99 download price will give you access to the app on your iPad and iPhone. And you'll need it since the game requires users with both devices to operate the game as there are no controls on the iPad or iPhone by itself.

One thing this gaming setup demonstrates is there is plenty of untapped potential from the developer community in terms of ways to interact with our iDevices. With the iPad only a month old, the fun will come in seeing what else programmers have in store in terms of innovation and gameplay. While it may seem a little crazy to have a $500 tablet and a couple of $200-300 iPhone's just to play a racing game, it's just the opportunity to engage in new gameplay that is so exciting. And besides, I'm sure there's plenty of iPad owners out there that already own an iPhone that can take advantage of games like this.

Check out Padracer on the App Store today and let us now what you think! 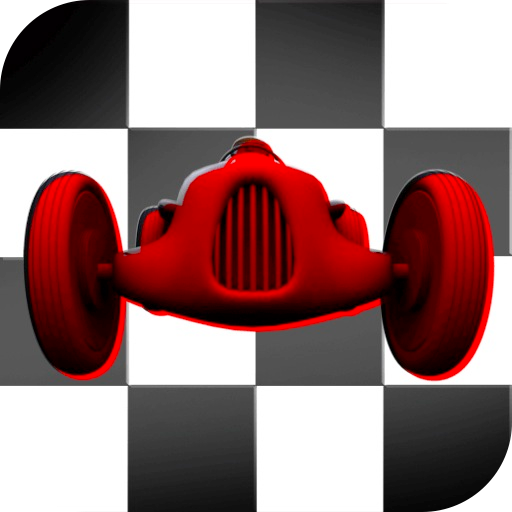 iPhone + iPad = Coolest Way to Drive A Car With Padracer

iPhone + iPad = Coolest Way to Drive A Car With Padracer
Nothing found :(
Try something else