You are using an outdated browser. Please upgrade your browser to improve your experience.
by Staff Writer
April 16, 2010 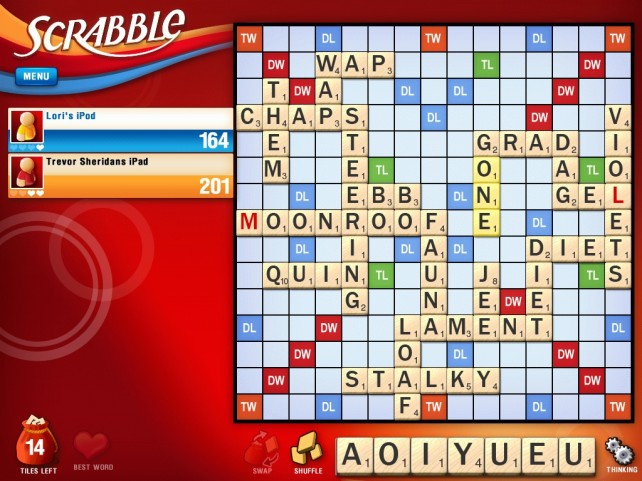 Scrabble for iPad is the classic board game designed for the iPad. Scrabble itself is a crossword style word game where you make words with your given tiles building on the letters already on the board. The iPad features brand new exclusive features. 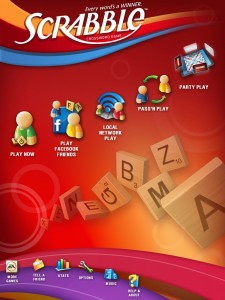 The game features five gameplay modes beginning with single player mode against the computer with classic to use all the tiles, 75 or 100 point, or 8 or 12 round game. The rest of the modes are about connecting with others including the basic pass n play if the same iPad. Also included is local network play which allows you to connect over wifi with other iPads as well as iPhones and iPod Touches. Facebook connect is included allowing you to play Facebook friends or public games. With the Facebook mode you can play up to 25 different games at the same time as Scrabble competes with Words with Friends. Finally there is party play which is the most innovative of the bunch. The game uses the iPad as the scrabble board, and iPhone and iPod Touches as the tile racks. Just download the free app Scrabble Tile Rack on your iPhone/iPod Touch, and connect wirelessly with the iPad, and you have a multiplayer game with each player keeping their rack to themselves. 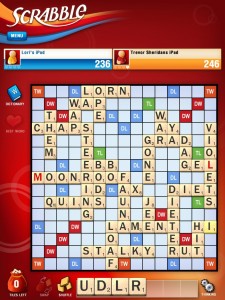 All five gameplay modes are great, and you should enjoy each and every one. The single player mode is great for when there’s no one else around, as the computer provides quite a challenge. Also if you begin another mode the single player game is saved. Scrabble is all about multiplayer, and the game excels in that category. The game is set up so as long as you have one iPad you can have up to four people playing on the one device rather than needing multiple iPads. The simple pass n play is for those that only have one iPad, and can keep their eyes of others racks as they pass the iPad. Local network play is for when each player wants to have their own device. The best aspect is that it isn’t limited to just other iPads, but you can play on your iPad against someone on their iPhone or iPod Touch. Facebook connect allows you to play against your Facebook friends either on Facebook itself or on other idevices. You can also join public games, and overall you can have multiple games running playing at your own pace just like Words with Friends. The best way to play Scrabble for iPad is having the iPad be the board, and using iPhone and iPod Touchs as the tile racks so everyone keeps their racks secret. It feels like playing the board game as you slide your tiles from the rack to the board, and then they appear on the iPad, and you place your letters there. All five gameplay modes are great, and are perfect for whatever game playing situation you find yourself in. The best aspect of scrabble for iPad is that it’s better than the physical board game. You don’t have to deal with tiles sliding out of place or having to keep it out on the table if you don’t want to finish the game in that sitting. The interface is easier to use as you slide the tiles on the board right where you want them with a built in dictionary so you’re not arguing about words as well as a live score tracker. The game is made for the iPad in every way including the board interface beautifully filling the screen so you don’t have to zoom in and out to place tiles. You can rotate the board in every orientation to play in the setting you want. The game looks much better than the iPhone version at 2x, and the iPhone version also suffers from having a cramped board and still auto zooming when you’re at 2x.

The only concern with Scrabble is the price of $9.99 only because of the comparison to the $2.99 Words with Friends HD. Well, Scrabble is worth the premium price when comparing the two games. When you think that you can buy the actual physical board game for around $15 at a local toy store, the $10 iPad version is far superior to the board game. You can take Scrabble with you wherever you bring your iPad, and it takes up no more space than simply 12 MB. The game adds another facet that the iPad can do better, and not needing the clutter of the physical object,

Scrabble for iPad is an remarkable game that makes the classic board game better digitally. The five gameplay modes are simply amazing from the single player to the multiplayer to the Words with Friends connect, and the brand new party mode. The interface is beautifully designed, and super simple to use, plus it’s a much better experience than running the iPhone version on the iPad. Scrabble for iPad is a must buy for $9.99 which lets you enjoy Scrabble in a whole new way, and lets you give away the actual board game. 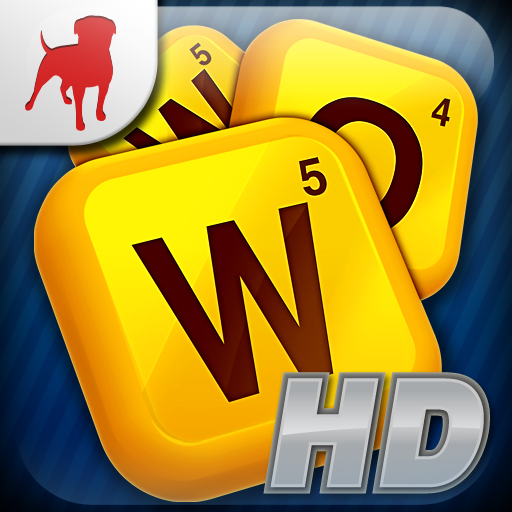 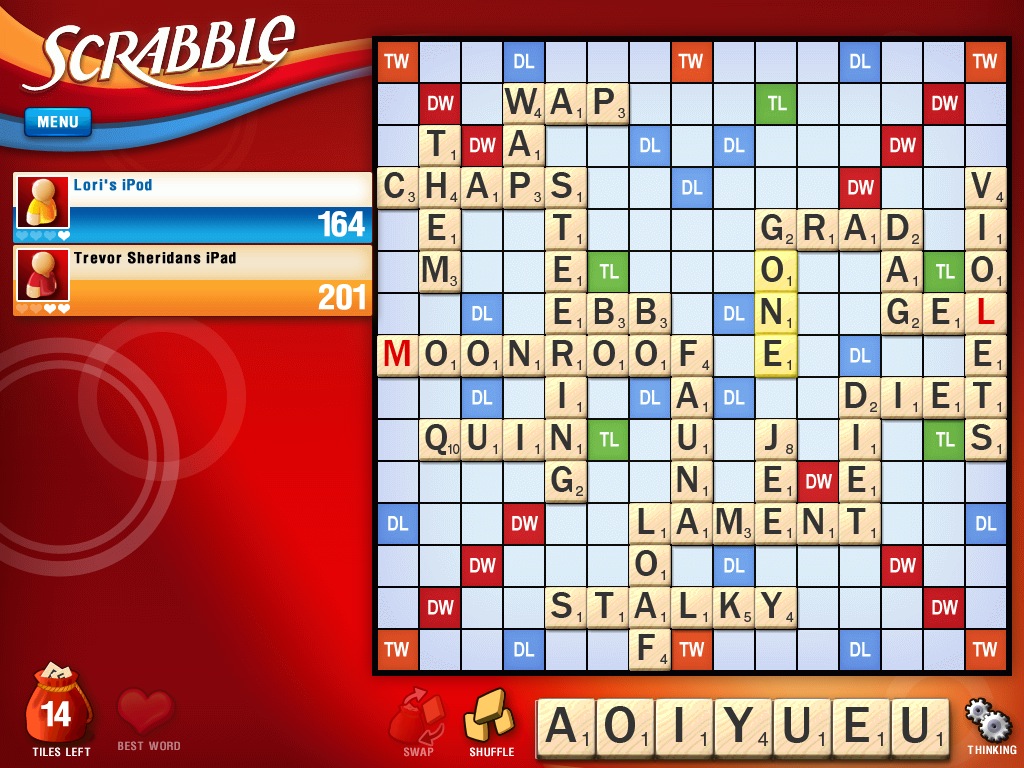 Review: Scrabble for iPad
Nothing found :(
Try something else