You are using an outdated browser. Please upgrade your browser to improve your experience.
by Richard Jones
May 25, 2010 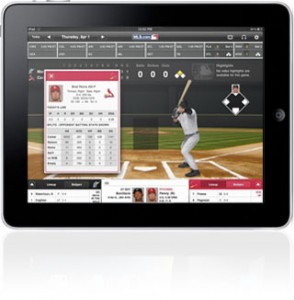 Considering the hip and cutting edge reputation enjoyed by Major League Baseball's digital divisions, MLB.com and MLB.tv, one would assume that tech gadgets would be a welcome addition at the ole ball park. Not so at the house that Babe Ruth (and the Mafia) built. The Yankees apparently have a long standing policy against laptops and similar devices. Well, never let it be said AppAdvice doesn't respect a good subway rivalry. We placed a call to Mr. Met himself to get his take on his rival's latest move.  Mr. Met was not available (probably scarring children somewhere) but Mets Media Relations Specialist Alexia Goldberg was. According to Goldberg the Mets, despite some of the highest ticket prices in baseball, really are a "fan friendly" organization.

"We not only welcome Yankee fans but we welcome them to bring their iPads," explained Goldberg. "As long as the device can be turned on and checked by security the iPad can be bought into the park."

When asked if the Mets had any plans to review the policy in light of the possibility of fans getting hit in the face by foul balls, Goldberg responded "No...not at this time."  Considering the Met's performance on the field this season the team can probably use all the distractions they can get. And yes there is an app for that ...MLB At Bat 2010. According to a spokesman for Major League Baseball decisions to limit electronic devices at the ballpark are made at the individual team level.