You are using an outdated browser. Please upgrade your browser to improve your experience.
by Hayden Wreyford
June 8, 2010 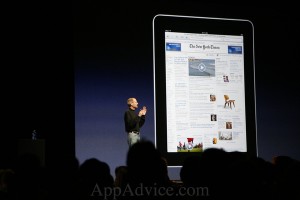 Well, Santa Jobs has made his way back up the chimney and another WWDC keynote is in the books. What did we get? A new iPhone with some cool new features, some long-awaited apps, and a re-hash of the previously announced OS4...I mean, iOS4. But in the wake of these announcements, as I wipe the drool of my chin, I feel my geek-greediness well up inside and I'm beginning to wish for the WWDC announcements that were just not to be.

I'm not among the throngs of iPhone users that abhor AT&T, but I am a hardcore open-market capitalist at heart. I believe that when competition exists, the consumer wins. That said, I was disappointed to see that Verizon or another US carrier would not be carrying the iPhone...yet. I mentioned that I don't abhor AT&T, but that doesn't mean I am not without my share of frustration with them. Their data network is clearly overburdened, and it has caused AT&T to lag behind in delivering the features we've been desiring for a while now (ie: 3G video chat, tethering, etc). As soon as another company enters the iPhone business, we'll all win. Bring that 3rd carrier into the game and watch competition work it's glorious magic on customer service and lower prices! But for now, no such luck. Sorry kids.

In a recent email, Steve said Apple is working on better syncing between our iDevices and the cloud. Sure, Apple's recent acquisition of Lala gave us the hope that Apple may be getting ready to pull the trigger on better cloud hosting, but alas, it was not to be. This will undoubtedly be a warmly-welcomed announcement for a future keynote, but not today. So imagine saving loads of disc space and hassle by having all your music, data, contacts, calendars syncing effortlessly with your iPhone and across all your iDevices. Now imagine it's not 2010.

Front Side Camera and no iChat?

Am I missing something here? I understand that the implementation of "FaceTime" is completely different, but for those of us who have a newer Mac and use iChat, the general concept is hardly new. Why bother to re-brand it? And even more puzzling to me, why on earth would it not integrate seamlessly with existing iChat users on Macs? After all, Apple has taught us to be practical and integrate these devices logically and sensibly into our lives. Things should "just work", but today, Steve tried to sell us on a proprietary video chat service that only works on iPhone4 to iPhone4...and only on wifi, at that. All this seems counter-intuitive to me. In my very best Seinfeld voice, I ask, "What is the deal?"

I'll admit that hoping for this one may have been a bit greedy on my part, but it was tumbling in the rumor mill and I had my fingers crossed for it. Let's face it, Apple could easily offer their MobileMe service for free and separate themselves from the smart phone pack by leaps and bounds. Eventually, MobileMe will probably go free, but unfortunately, that glorious announcement was not reserved for today.

Before I rain on Apple's parade too much, I should point out that Apple had their thunder stolen from them by the gratuitous series of leaks prior to the iPhone4 announcement. That's not Apple's fault, and in Steve Jobs' defense, it would have made today's announcements much more of a pleasant surprise had we not already seen it coming. But as it stands, today had some really fun, good news...not great, amazing, revolutionary news. Maybe the real question is whether or not it will take a rock-solid implementation of some of these concepts by Google's Android platform for Apple to really start delivering amazing concepts beyond our wildest dreams like they did back in 2007 with the original iPhone announcement. Time will certainly tell. 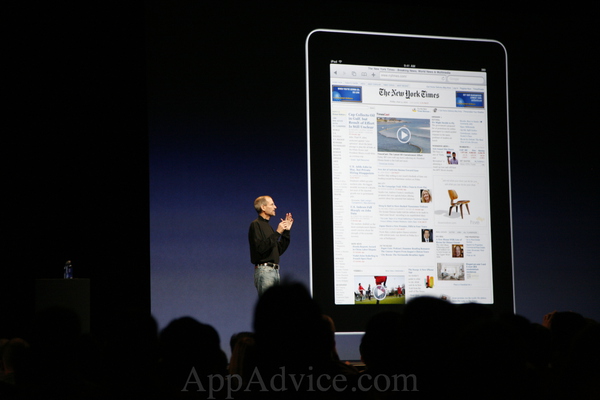 WWDC 2010: The Announcements We Did Not See

WWDC 2010: The Announcements We Did Not See
Nothing found :(
Try something else