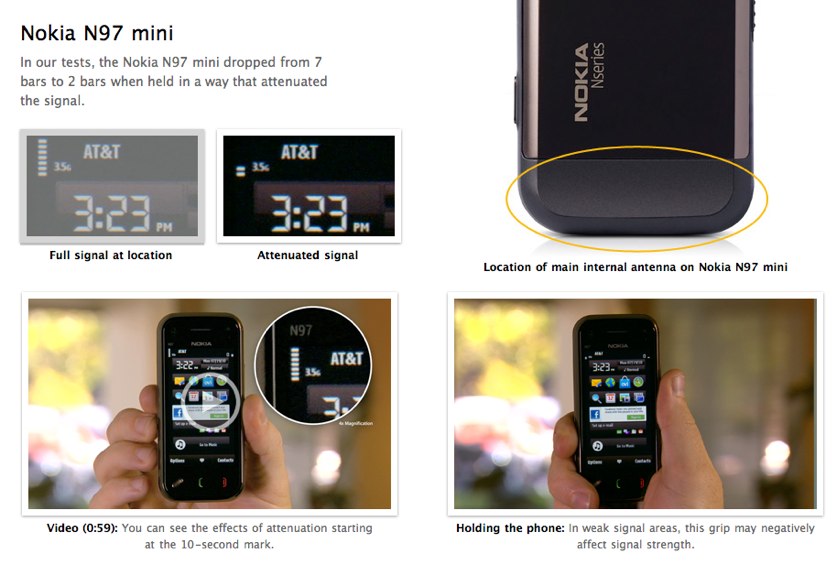 Following their intense efforts to get noticed by Apple, Nokia has finally been acknowledged as a smartphone maker and has been featured on Apple's special death grip portal.

As you may remember, Nokia recently chided Apple, and stated that unlike Apple, they prioritize antenna performance over design. Not that their antenna design has served them so well sales-wise here in the US. Nokia didn't originally get a mention on Apple's new antenna site as to whether or not they are vulnerable to the "Death Grip". The oversight was apparently just temporary (it is hard to find a Nokia in the US) as Apple has now featured the Nokia 97 mini in between the HTC Eris and the Samsung Omnia. Nokia can sure use the advertisement. Without any further ado, here is Apple's newest video clip of death grip porn, enjoy:

But, seriously Apple, it's time to get over this. It's in everyone's best interest to put this behind us all. That is, unless you still have a Sony Ericsson coming up, I wouldn't want to miss that. 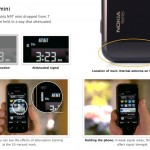 Apple Still Death Gripping Smartphones, One Model At A Time

Apple Still Death Gripping Smartphones, One Model At A Time
Nothing found :(
Try something else