You are using an outdated browser. Please upgrade your browser to improve your experience.
by Alexander Vaughn
July 15, 2010 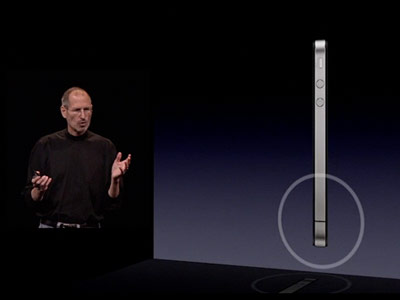 As we  told you last night, Apple will be holding a press conference tomorrow morning (Friday) at 10am PST concerning the iPhone 4. Secretive as always, Apple simply didn't give any more details about it. So with no USB drive packed with Steve's keynote slides found in a bar this time, we're left with speculation.

And speculation there is. Apple traditionally meets the press only for product announcements. This time however, the context calls for a statement or action on Antennagate. Yet, what could be so important that they couldn't just send a press release? Let's consider the situation.

The prospects of a recall were approached in the past. Widely downplayed, these are getting some new momentum today as some believe only a recall would justify Apple holding a press conference. Well, the idea of a recall still seems widely exaggerated for now, but not impossible. Also, keep in mind that Apple has already communicated regarding the antenna issue, and addressed it to a certain extent, but without much success satisfying many in the media. This could be why they now feel forced into holding an event in person. However, most people aren't experiencing any issues with their phones and while Gizmodo has been telling people all about some apparent "silent recall", nobody has been able to prove it yet.

So free bumpers you're saying? Well, maybe. Yet, I don't think Apple believes you should have to add a band of rubber to your phone for it to work better. Therefore, they might just offer (to those who want it) to coat your antenna with some secret formula of theirs that isolates it from your moist fingers.

Or maybe, they're not planning to take any action, and simply want to set the record straight. They just might not want a major toaster-reviewing publication spreading false insanities about their key product. Just invite some tech folks and have Steve pull them into the distortion field and you're all set. They could show some numbers and stats, and maybe even invite their online celebrity/baseband engineer Gray Powell to give us some insights.

Last but not least, one school of thought believes that Apple really does only invite press to announce things. As Dan Rubin tweeted last night:

"$10 says Friday's Apple press conference is the announcement about Verizon, to — in the words of Don Draper — change the conversation."

That would be an incredible move. Yet, we're gonna have to stop saying Steve will announce a deal with Verizon everytime he comes on stage, it's getting old. My call here is that Apple will just set the record straight, and maybe offer some basic optional fix for those really concerned. We'll be giving a lot of attention to tomorrow's event, and will tell you all about it. In the meantime, what do you think is going to happen? 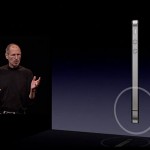 From Recall To Verizon: Apple Press Conference Tomorrow - What To Expect

From Recall To Verizon: Apple Press Conference Tomorrow - What To Expect
Nothing found :(
Try something else