You are using an outdated browser. Please upgrade your browser to improve your experience.
by Staff Writer
July 29, 2010 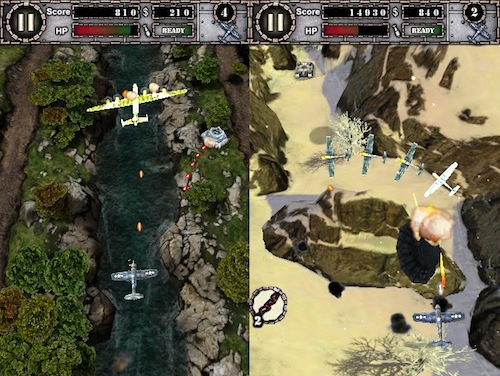 AirAttack is a top down air combat shooter that intertwines a 3D perspective to attempt to provide a unique game. You play in a WWII era fighter pilot going against Nazi planes and bases. Planes come at you from all angles in the 3D world with realtime physics and destructible buildings and bridges. 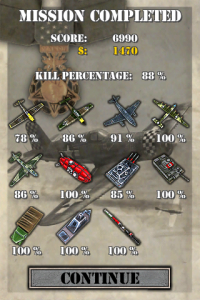 There are eight missions in total, and you will face 58 different enemy types including eight end of level bosses on your journey. You move your plane with one of four control options, touch, relative touch, tilt, or joystick. Your plane fires automatically, and you can drop a bomb with a double tap as you face one of three difficulty modes.

AirAttack is an action packed game to say the least that will provide hours of fun. It's super simple to control with one of the four options to allow you to only concentrate on dealing with the constant stream of enemy planes. There is rarely a moment to relax so it's great to have guns blazing at all times. 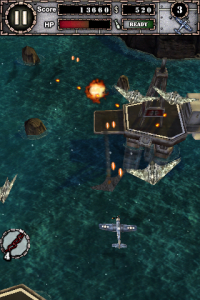 The game is relatively long to play once through the eight missions with the deluxe and challenging boss battles included. There are multiple checkpoints during a mission that you can't wait for in the later levels from the sheer difficulty of the game. A really great aspect is that you can continue from your last checkpoint when you lose all your lives so everyone can make it through the entire game. If you like challenging games you'll be right at home with AirAttack. Even on normal difficulty it's a gritty fight for survival facing tons of enemy bullets while trying to shoot down as many planes as you can. You will be attacked from the air from squadrons of about four with other sized troops from the ground, from the sea, and even turrets on forts. 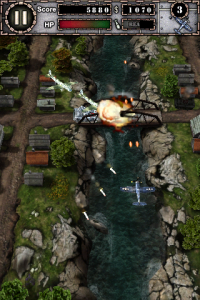 There is a bunch of variability in the objectives you will face from mission to mission. Not only will the environments be completely different, but you will face multiple types of enemies with different attacks. There are mini boss battles where you have to destroy a train, car by car, or a ship, and even adobe lighting towers. In the major boss battles you will face armed Zeppelins, lighting firing forts, and huge aircrafts that you will have to destroy piece by piece. Air combat games have never looked so good on the iPhone with the outstanding 3D modeling. The background and various loans are packed with detail, and it's great to see the planes go down or bombs destroying buildings and bridges. The game features a varied soundtrack giving you multiple versions from mission to mission. 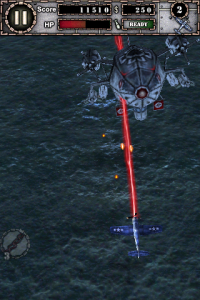 The game may be too challenging for some players, so just be warned now, though there is tons of fun in being challenged. The air combat style isn't for everyone as it will be non-stop action that requires quick reaction times, and plenty of concentration to survive never the less attack. The game really has no aspect of replayability with no online high scores or achievements, but it's all about finishing the campaign which will give you way more than your money’s worth in gameplay.

AirAttack is the best air combat shooter in the App Store that gives you plenty of challenge and fun as you face a deluxe and content stream of enemies. There is a long and deluxe campaign mode that will last a few hours, and will give you a lot of variability in your objectives and enemies including the outstanding boss battles. The game is nicely designed in every aspect to further enhance the gameplay as you're immersed in the world of AirAttack. For only $0.99 AirAttack is an outstanding bargain that is a definite should buy, and even higher for action junkies. 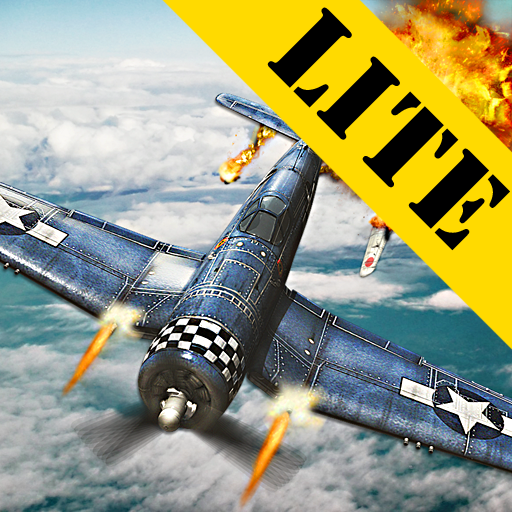 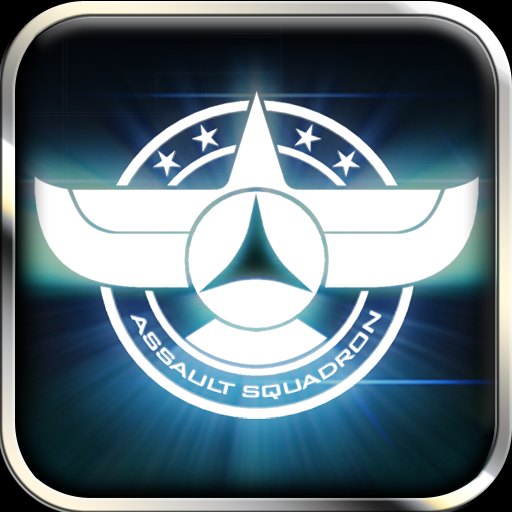 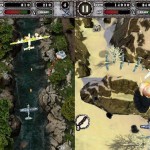 Review: AirAttack - 3D Twist On Air Combat
Nothing found :(
Try something else