You are using an outdated browser. Please upgrade your browser to improve your experience.
by Staff Writer
July 27, 2010 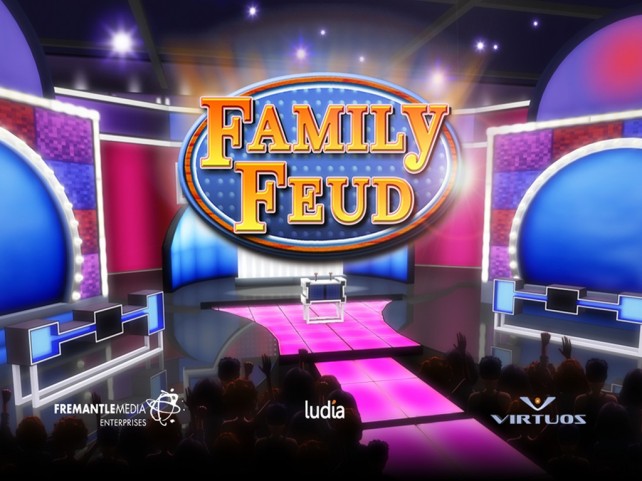 It's time to play the feud on your iPhone and iPad. Family Feud is the classic TV game show where you guess the top answers of a survey of 100 people. You play with your family members against another family going through four rounds of play with the final bonus round just like the TV show. 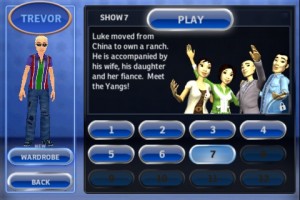 You begin with the face-off then if you win you can choose to play or pass to guess all the top answers of a given question. If you get three strikes while guessing the opposing team has a chance to steal be getting one right answer. The first team to 300 points wins an is on to bonus round where you're given five questions and two teammates need to score 200 points with their answers.

The single player mode features 12 different families to play with each one unlock able and progressively more difficult. You can create your own avatar that you can further customize by unlocking new wardrobe items in single player mode. There is also multiplayer mode which is one device play. 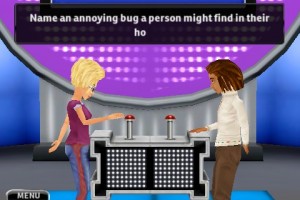 The game offers a real version of Family Feud to play on your iPhone or iPad. There are the authentic surveys, game style, TV set, and intro theme song and strike sounds. It's plenty of fun playing along with the show, and so much more fun when in control of the game picking the right answers to surveys. One aspect that is really fun is that they're surveys of 100 people, and not necessarily the most logical answers. For example you have to find the top four answers to "name a president who appears on money" and rather than actual Presidents Jackson and Grant, Franklin and Hamilton appeared in the survey. There is humor as well in the answers including "name the age when a child first buys presents for their parents" and there are the usual answers of ages around 16, but one of the answers was five. 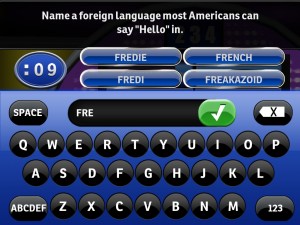 There is an excellent answer insertion mechanic with smooth typing, and auto suggestions of words you're trying to guess. The guessing comes fast paced as you have 20 seconds, and then need to be guessing right after that. When an opponent is playing you can watch the whole thing or skip through it with a couple taps. You can really play full games quickly which is perfect for on the go gaming. The single player mode gives you twelve different matches with each one offering new surveys and new challenges. There will be multiple matches you will have to play a few times to finally win. Then at the end of each one you get to play the great bonus round of trying to think of the top answer to five questions. 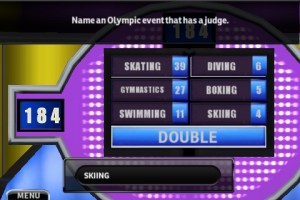 The iPhone and iPad versions are practically the same except for the visuals, and they both cost the same price so if you're picking it up just pick it up for your favorite device. The game looks great with finely detailed art in the set and avatars that brings you closer to the actual experience. The multiplayer is fun to play with someone on the same device to make it more competitive as you tap to ring in on the same device, and watch each of your opponent’s answers hoping for their failure. The game was made to be played with others, and it's an enjoyable experience anytime you find someone else to play with on either mode you play. 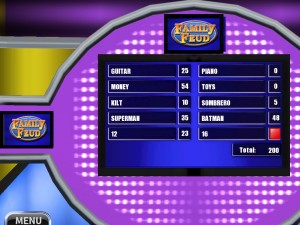 The game may be a bit too easy especially in the early single player games. You can win by simply passing every round and watching your opponent come up with some of the most absurd answers. It could be more boring, but the ability to fast forward through their guesses and the ending bonus round more than makes up for it. There are a few answers in the survey that are real head scratchers, but that's just part of the game. The multiplayer could be better with more connectivity options, but the gameplay really works on one device. *The iPad version had no crashing problems when I played it, but just note there are multiple issues of crashing.

Family Feud is the best game show game in the App Store giving you the closest experience to the actual thing. It's plenty of fun guessing the surveys, and the game is designed really well to make it easy to do so. There is plenty to do in the game either solo or with others while playing the challenging surveys though your opponents aren't the most challenging. Survey says Family Feud is worth it for $4.99 and you should pick it up for iPhone or iPad, but not both. 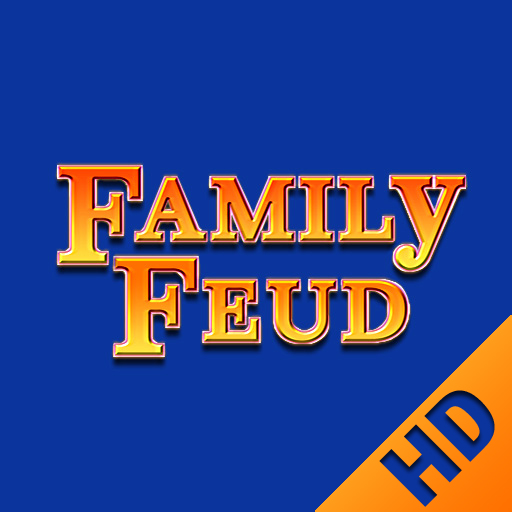 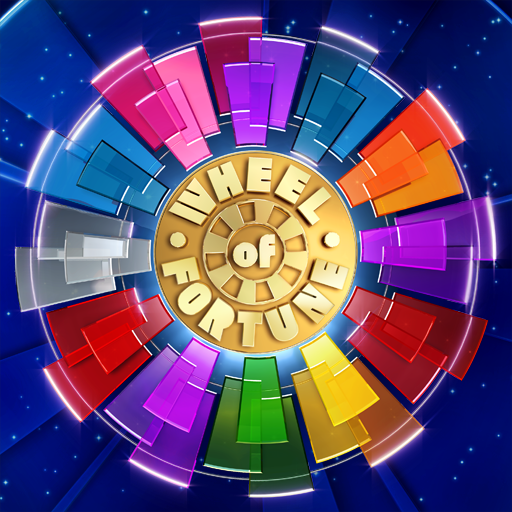 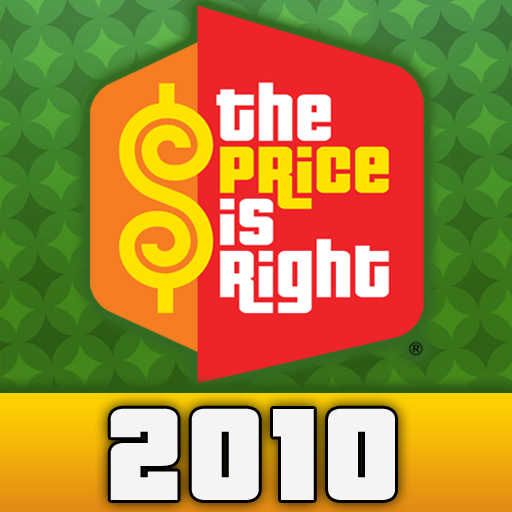 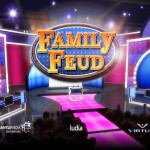