You are using an outdated browser. Please upgrade your browser to improve your experience.
by Staff Writer
July 12, 2010 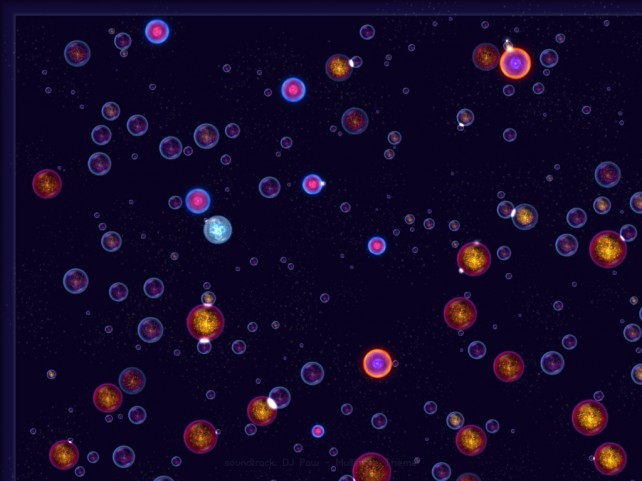 Osmos for iPad is based on the computer game of the same name, which you can check out here and even download a demo for your computer. The game is basically playing as a spore in the primordial goo looking to eat rather than be eaten. You play as one mote, and you’re thrown in with smaller and bigger motes, and your goal is to become the biggest mote of all by eating the smaller ones to grow big enough to eat the biggest ones. 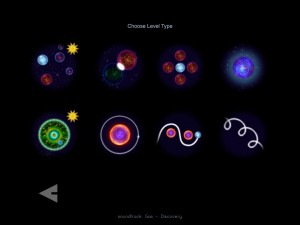 You propel your mote by ejecting matter in the direction of your tap, but this shrinks your mote so you have to be careful. There is an odyssey mode that gives you 27 levels explaining the various modes in the game, and then giving you complex challenges in those respective modes. There is also a 72 level arcade mode with nine levels of difficulty across eight game modes, ambient, antimatter, solar, sentient, impasse, warped chaos, epicycles, and repulsor. You can pinch to zoom in and out which is necessary depending on what mode you’re in. You can swipe to speed up or slow down time again being necessary depending on the game mode. There are achievements as well which are connected via OpenFeint. 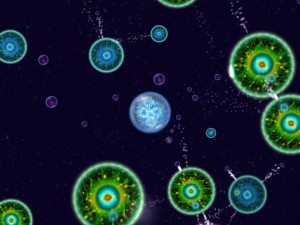 This is one of the few games in the App Store that is more of an experience than a simple game. It shares that type of connection with the user that Zen Bound 2 does. There’s no clock, score, or any action based things like that, and it’s simply about achieving the objective. The idea is simple, and you have one thought which is simple survival. Every level is a constantly adjusting puzzle. At the start of the level you choose which direction you want to take, and then try to slightly adjust your floating path to collect small motes to build yourself up. The board is always changing in how the other motes bounce together, and every path you take changes the decisions you will make later on. 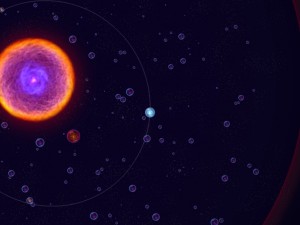 There is quite a bit of strategy involved just in the simplest levels. There is also plenty of risk in choosing how fast to go as you become smaller, but can speed up to reach small motes quicker than bigger motes..The game is a methodical process of moving from mote to mote until you’re the biggest one on the board. The strategy and challenge increase exponentially with new elements introduced, and multiple difficulty levels. Simply playing through odyssey will take quite awhile, and be completely satisfying. Then you’re introduced to arcade mode where you have to face eight different elements across nine difficulties which all start you smaller, and give you less smaller motes than you. 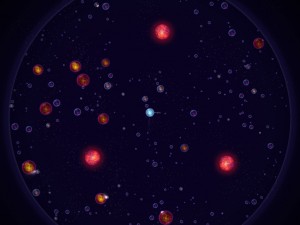 As you progress you’ll be introduced to sentient mote opponents who race you to the smaller ones in their bid for survival. You’ll be thrown in a solar system type level where you rotate around a central cell, and your gravity as well as the gravity of other motes is constantly changing, and so is you orbit around the center. There are also repulsing objects that you try to swallow despite being pushed away from, and there are anti-matter motes that eat up yours and other motes matter. The included soundtrack is extremely deluxe with multiple electronic tracks that fit perfectly with the gameplay. The game looks fabulous on the iPad highlighted by the detail in every mote. The entire game has such a clean interface further immersing you in an experience like none other on the iPad. 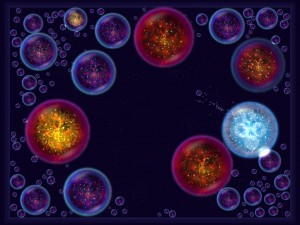 Problems are few and far between in such a well executed game. The game style is more methodical, so it isn’t for everyone, and may be more suited to those who aren’t the biggest fans of games rather than the other way around. It can seem somewhat slow moving at times, and you’ll be more prone to tapping more, and losing your size which will cause death. The gameplay mechanic could be seen as simplistic, but that notion will soon be dispelled once you get into the challenging levels, and new elements. The style can be frustrating if you’re not the most patient person. Frustrating can also ensue from the sheer difficulty, but that’s in very few levels.

Osmos for iPad is one experience that can’t be missed that breaks the bounds of simply being a game. It’s a simple bid for survival floating around, but gets complex quickly, and never plays the same way twice. The game is delivered in a brilliantly constructed package that will further immerse you in the world of Osmos. Osmos is an absolute must for $4.99 that will change the way you think of games, and what you expect from them. 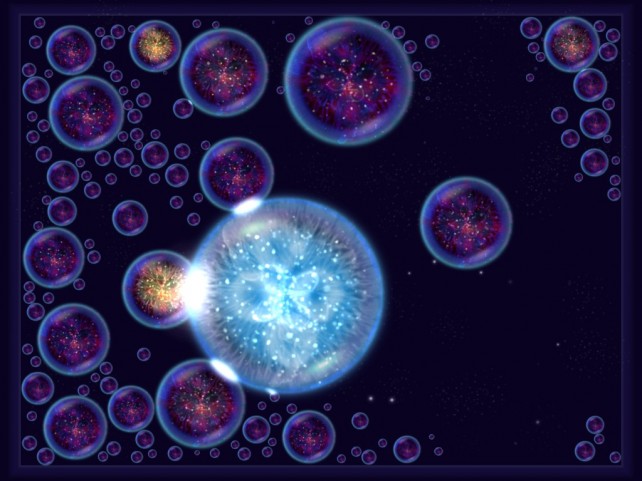 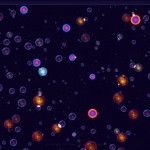 Review: Osmos for iPad - Single Celled Survival
Nothing found :(
Try something else