You are using an outdated browser. Please upgrade your browser to improve your experience.
by Staff Writer
August 12, 2010 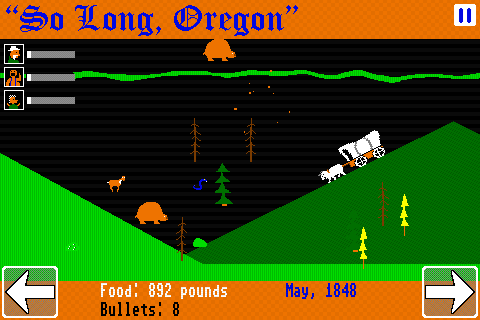 So Long, Oregon! ($1.99) by Blinkbat Games is for those who remember the classic Oregon Trail, and are yearning for a similar game on the iPhone, well So Long, Oregon! isn’t it. From the creators of Enviro-Bear 2010 comes another app with a mocking premise, and equally bad visuals and controls. In Enviro-Bear you control a bear driving a car trying to fatten up before winter, and eventually drive into a cave. 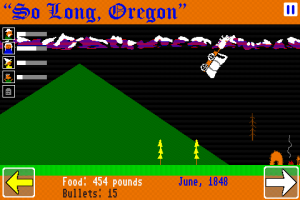 The game was hilarious as a bear driving should be, and So Long, Oregon is in the same mold, but this time using Oregon Trail as its source material. The game features archaic graphics, and you face a long journey to El Dorado needing to collect food, hunt, and keep your family alive. All of the strategy complexities are thrown out the window so you press forward or back arrow to move, and tap to shoot wild animals for food.

You’ll encounter outposts to buy food, but could also catch disease and the same is true with Indians. As you’re moving along you’ll face a number of hills which are more of steep peaks, and you’ll go flying off of them. In the game your wagon will be flipping around in the air more often than having the wheels rolling on solid ground. 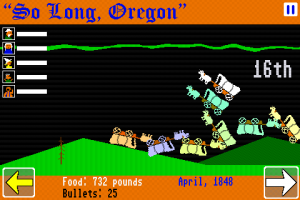 Watching the wagon careening out of control is hilarious, and the various sicknesses along the way perfectly mock the actual game. Everything is made purposely atrocious, and it’s quite enjoyable. If making it to El Dorado wasn’t enough there are four additional game modes, OpenFeint, and it is even universal to make sure anyone gets their fill of the absurdity.

Though the app is made purposefully bad in some areas it does freeze from time to time requiring you to reboot the app which takes away some of the fun. This isn’t an app for everyone, but those who enjoy joke, and can remember the classic Oregon Trail this is an enjoyable pick up. So Long, Oregon has many things that you have to see yourself rather than simply reading about them. 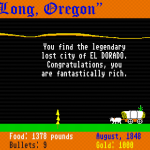 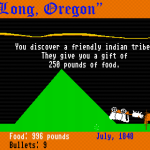 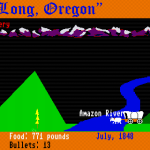 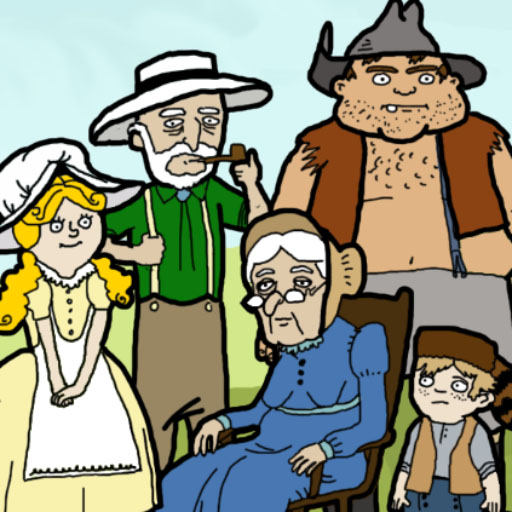 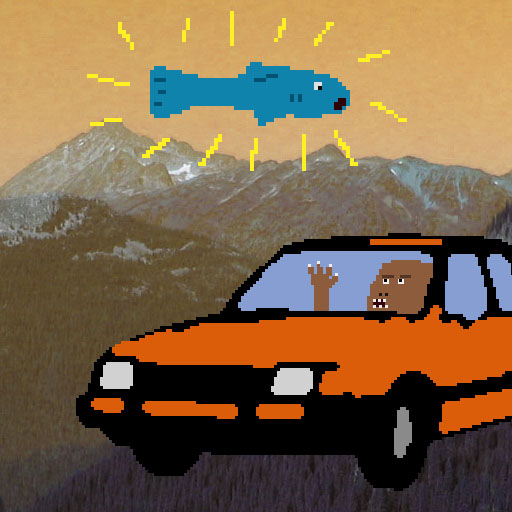 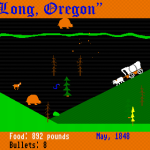 Rapid Review: So Long, Oregon! - When Enviro-Bear Meets The Oregon Trail
Nothing found :(
Try something else