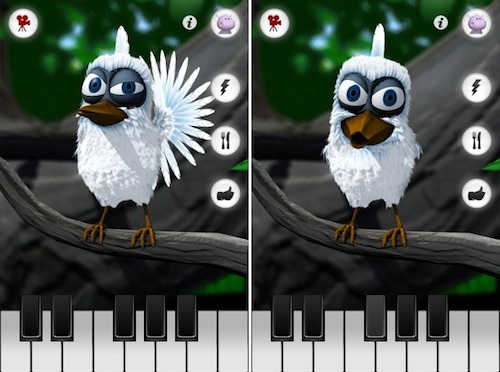 Talking Larry the Bird ($1.99) by Outfit7 A new animated voice mimicker has entered the App Store, and rather than Talking Carl it's Larry the Bird. You simply say anything and Larry will recite it back in a high pitched voice, and it records for a lot of playback. You can interact with Larry beyond simply speaking, and there are animations to go with each one. 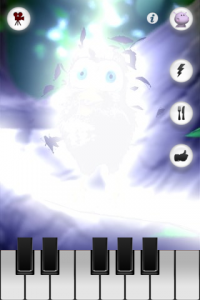 You can tap Larry on the head or in the stomach, and he'll react. You can electrify Larry, feed him, and have him take a bow. You can even play a little piano with keys on the bottom of the screen, and Larry will make various pitched tweets.

That's all folks in terms of the apps capabilities, and it gets tired extremely fast. Wait there's more as you can actually record all your interactions with Larry for 30 seconds, and then upload it to YouTube, or share via Facebook or e-mail. It's a neat little feature especially for a recorded message to send to someone. 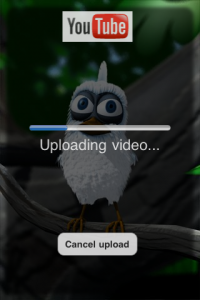 The app is rather simplistic, and wears on you really quickly. You can do everything in the app in under a minute, and then there are very limited uses after that. Larry isn't as cute as Talking Carl, but the recording feature is superior. Voice mimic apps are all closely similar and simplistic. As you use it, the entire time you just wish there was more which is extremely disappointing in any app.

Larry the Bird is not worth $1.99, but I suggest you try Talking Tom Cat for free from the same devs. If you think the record feature will come in handy multiple times this may be worth it. Really though I don't think it's worth it for $0.99, and they charge $1.99.

The video below was recorded and uploaded in app. 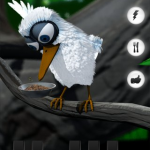 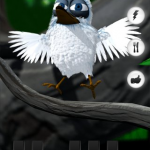 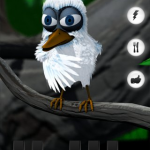 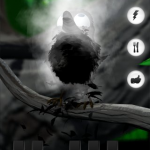 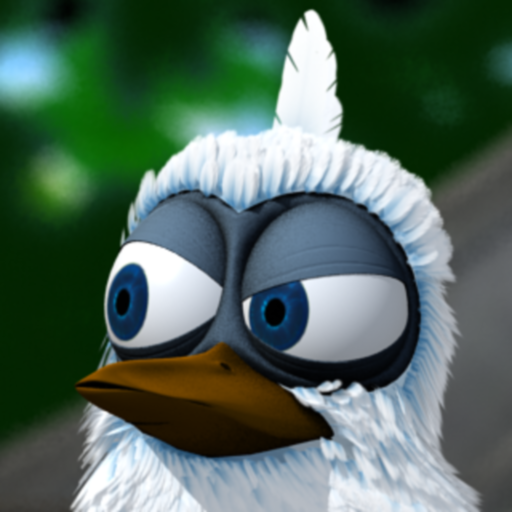 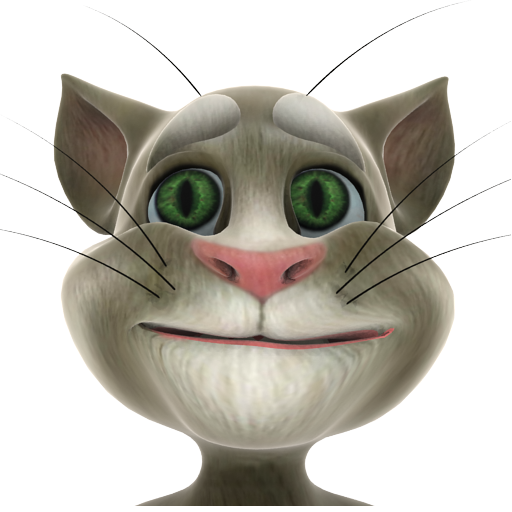 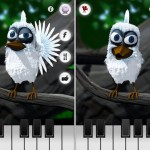 Rapid Review: Talking Larry The Bird - Say What?
Nothing found :(
Try something else