You are using an outdated browser. Please upgrade your browser to improve your experience.
by Staff Writer
August 18, 2010

There's a new beast lurking in the App Store that is none other than the 25 foot long three ton Great White Shark Jaws. It's up to you to keep Amity safe in a new path drawing game that's as though Jaws has invaded Harbor Master. You have to guide swimmers ashore, and boats to collect swimmers off screen or into docks before Jaws can get to them. 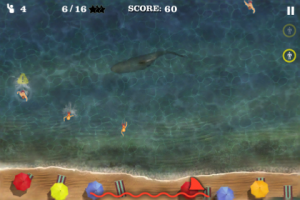 There are ten levels with each one giving you a different scenario to deal with from the beach to the open ocean with the shark getting more aggressive. There are a certain number of swimmers, and you need to save as many as you can. There is a meter at the bottom of the screen indicating when Jaws will be coming in next, and the classic John Williams Jaws soundtrack as an indicator as well.

Jaws is a definite change of pace for the path drawing genre that is desperately needed. Instead of worrying about controlling traffic to keep it from crashing you have to worry about a lethal moving object that can destroy any of the objects you’re trying to keep safe. It's tons of fun trying to keep swimmers alive as a huge shark comes on screen looking for a snack. 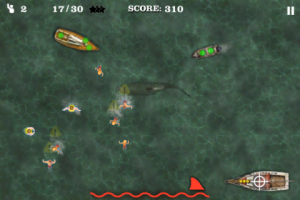 This is the most action packed adrenaline pumping path drawing game because Jaws comes so often, and kills so swiftly. You need to be quick to flick swimmers ashore, and draw boats paths to pick up swimmers because Jaws will find the stragglers. The goal of each level is at such a high plateau that you need to care about each and every one of the lives out there. Rather than game simply being an endless onslaught there are set goals and objectives across multiple levels. In a level you will get 20 swimmers for example, and you need to save at least 18 to pass the level so the stakes are high. To unlock new levels you will need to earn a certain number of stars which is only possible if you make sure Jaws gets no swimmers in a couple levels. 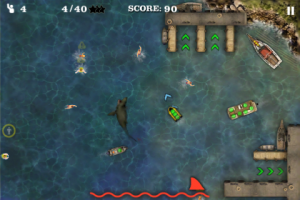 There isn't much room for error, and that makes the game that much more challenging, and engaging. There are multiple objectives across the levels beginning with just getting swimmers to the shore, but then you'll have to pick them up in boats. Later you have to actually dock boats, but luckily on some levels you have a gun boat to knock Jaws off his current attack, and come back a little later. The game has some high quality visuals just in the detail of the ocean, beach, cliffs and any element as well as the swimmers, boats, and Jaws. The animations are great as well when you see Jaws jump out of the water to snag a victim, pull one down leaving a pool of blood, or the classic grab, release, and then finally pull under. As stated earlier the classic Jaws theme is included and it is directly tied to the gameplay as it's an indicator of when Jaws approaches. 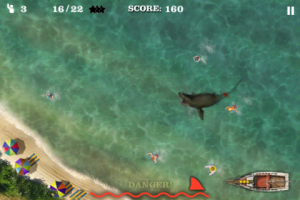 The game is short, and ends far too quickly with only about an hour or two of gameplay to make it through every level. You may replay some levels to better your star count to unlock certain levels, but even with that there is still the same amount of gameplay. The game has a definitive end which is a good thing compared to a simple endless game, but it comes far too quickly. It would be nice to have an endless mode in addition to the levels to offer a little more replay factor. With that said the entire time will be enjoyable, and make it worth the $2.99 asking price. The game style seems a little slow, but that's just the movement of your swimmers and boat, as Jaws speeds across the screen. 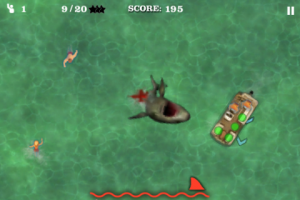 It makes it that more challenging to try to save slow objects from a fast one, and another reason to keep you on the edge of your seat. It can be quite challenging to get two or three stars on some levels with the current scale. It will require a couple repays of some levels just to unlock later ones, but again that simply adds to the difficulty, and time spent with the game.

Jaws is a great path drawing game that just happens to have a movie tie in. The gameplay itself is outstanding with plenty of fun and challenge across levels with tons of variability in objectives and style. Adding such a well known element like Jaws with the soundtrack plus overall visual style will get your adrenaline pumping to save the swimmers. Jaws is a must buy for $4.99, but it comes with a warning, "don't go in the water." 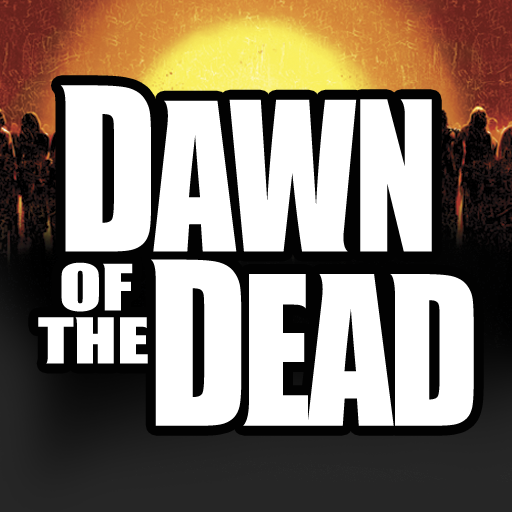 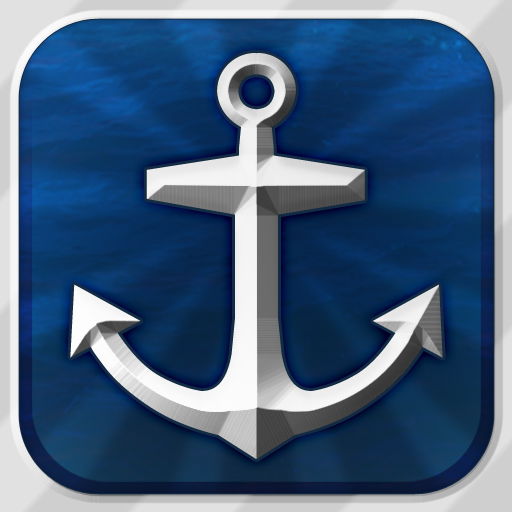 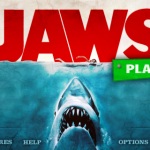 Review: Jaws - Don't Go In The Water!
Nothing found :(
Try something else