You are using an outdated browser. Please upgrade your browser to improve your experience.
by Alexander Vaughn
September 9, 2010
Apple's App Store approval process has been the source of a lot of polemics and  has strongly anchored the idea of Apple being a close and controlling company. On one hand, Apple's effort to hand-pick apps has permitted to create a safe environment where users don't have to worry about malicious applications violating their privacy or stealing data. On the other hand, the lack of clear guidelines and the unclear rejections have kept away a lot of developers from the platform and has also given Apple a lot of bad press. The most controversial move to date was Apple's recent decision not to allow third-party development software to make iOS apps anymore. This for example prevented Adobe from letting developers create multi-platform apps using flash, and then exporting to iOS. The reason for that was, as Steve Jobs said, that third-party development tools create sub-par apps. Well, all this is about to change as Apple has just announced in a press release that it's revising its approval process to allow third-party development tools. Also, Apple will release approval guidelines to help developers understand what is allowed on the App Store. Here is the full press release:

The App Store℠ has revolutionized the way mobile applications are developed and distributed. With over 250,000 apps and 6.5 billion downloads, the App Store has become the world’s largest mobile application platform and App Store developers have earned over one billion dollars from the sales of their apps. We are continually trying to make the App Store even better. We have listened to our developers and taken much of their feedback to heart. Based on their input, today we are making some important changes to our iOS Developer Program license in sections 3.3.1, 3.3.2 and 3.3.9 to relax some restrictions we put in place earlier this year. In particular, we are relaxing all restrictions on the development tools used to create iOS apps, as long as the resulting apps do not download any code. This should give developers the flexibility they want, while preserving the security we need. In addition, for the first time we are publishing the App Store Review Guidelines to help developers understand how we review submitted apps. We hope it will make us more transparent and help our developers create even more successful apps for the App Store. The App Store is perhaps the most important milestone in the history of mobile software. Working together with our developers, we will continue to surprise and delight our users with innovative mobile apps.

Needless to say, this is a big, and I believe positive change. It will make the approval process a bit less obscure, and hopefully, allow the iOS platform to grow even more. Any comments? [Image credit: Gizmodo] 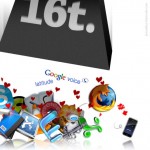