You are using an outdated browser. Please upgrade your browser to improve your experience.
by Alexander Vaughn
September 24, 2010
Bad news for those of you living in the Middle East, or at least in United Arab Emirates as it's just been confirmed, as we first reported, that FaceTime will not be available in the country. In a tweet found by TUAW, DU, the carrier due to carry the iPhone 4 in the United Arab Emirates starting tomorrow just confirmed that unfortunately, FaceTime will indeed not be available to iPhone 4 customers:

Our iPhone 4 customers won't be able to make Facetime calls, as this feature is currently unavailable in the UAE.

They didn't give any more details about it other than "Sorry for that! But it's not in our hands and we'll keep you posted of any further updates.", but as we've told you, we strongly believe it could have something to do with VoIP restrictions. As a reminder, Apple’s official websites in countries like Saudi Arabia, Qatar and Yemen, have recently been updated to remove all signs of FaceTime. Not only in the featured pictures, where the FaceTime display has been replaced by the Retina display, but also throughout the descriptions, where no mention of FaceTime can be found. The ban has only been confirmed by the UAE for now, but it's most likely also going to concern the rest of the Middle East countries that took down the FaceTime references. We're not sure yet how this will be enforced, as some of our readers who took their iPhones 4 into the Middle East have been able to use FaceTime so far. Most likely, this will be done through the carrier's setting bundle or directly on the network level by the government. This is very unfortunate of course, as FaceTime is an amazing feature. Did the government decide to block the feature all together? Or is it because Apple refused to let them access the transmission? Something completely different and unrelated? We don't know, but we'll keep you posted. Any thoughts? 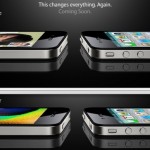 Confirmed: No FaceTime For (Parts Of) The Middle East

Confirmed: No FaceTime For (Parts Of) The Middle East
Nothing found :(
Try something else