You are using an outdated browser. Please upgrade your browser to improve your experience.
by Hayk Chukhuryan
September 15, 2010 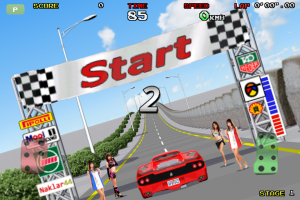 Final Freeway by Oyatsukai.com is a race against time inspired by the arcade classic Outrun. The object of the game couldn’t get any simpler; you must race through traffic and hit each checkpoint before the time runs out. Even with its dead-simple objective, Final Freeway manages to deliver a challenge that is both addictive and fun.

Final Freeway offers 6 levels to zip through which are complimented by 3 soundtracks. Control options include Accelerometer and Touch for steering. The drive is done using visual gas and brake buttons which are common in most iPhone racing games. 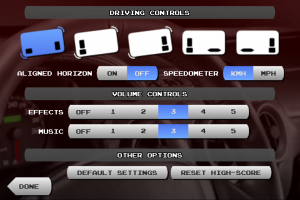 There are 5 different button layouts to choose from in the Options menu. With the Align Horizontal option, the map tilts as you’re turning, making for a more realistic experience. It really feels like you’re making a sharp turn and adds to the sense of speed which this game excels at. There are 2 difficulty settings to choose from which are Normal and Expert. Expert mode is a more speedy experience, and requires better reaction time. The Normal difficulty setting, although challenging, is more casual and good practice for beginners. Final Freeway is a Universal App, meaning if you have an iPad, you get a special version for the big screen as well! 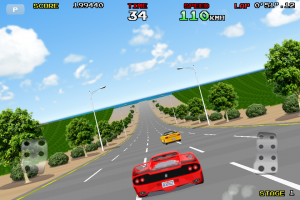 If you’re expecting a realistic racer, then Final Freeway is not for you. This isn’t a racing simulator by any means; heck, you don’t even race other cars in here. Instead you race against time, and avoid annoying traffic from getting in your way. Final Freeway has an insane frame rate that gives you a true sense of speed. It gets very intense as you progress through the race. Cars pop up in front of you and you must keep your eyes on the road at all times. Sure there is a brake button, but I never really used it. The controls are very responsive, which is essential in a game such as Final Freeway. Even with the accelerometer, the car would nail the turns quite nicely. 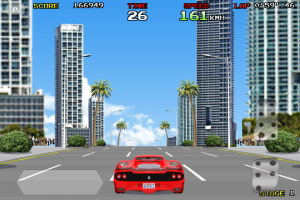 I liked how the control options could be changed on the fly without exiting the race. While playing, you can tap the top of the screen, and access the option menu. If you decide the control type isn’t efficient at your current situation, you can go in and change to a more proper option. The Bad Final Freeway simply falls short in the content department. For example, there is only 1 car to choose from. While the red Ferrari is a nice fit, a couple more models certainly wouldn’t hurt. 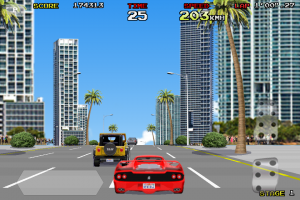 Another area this game lacks in is the soundtrack. The 3 tunes in the game are fun to race to, but an iPod soundtrack option would’ve filled this void. I was disappointed in the lack of a level map to check you how far I've progressed through the race. With a fast paced racing game such as this one, a level map is crucial. Being an iPhone game, it’s likely going to be played on the go, so an indication of how far you are from the checkpoint would make a lot of sense.

With so many racing titles in the App Store, none pay homage to the classic arcade racer like Final Freeway. This game is spot-on at capturing the excitement that Outrun and Cruisin’ USA have given gamers for years. If you have a buck to burn, and want to go back to the times where speed and fun outweighed detail, Final Freeway is worth it! 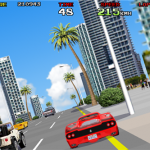 Review: Final Freeway - Shut Up And Drive!
Nothing found :(
Try something else