You are using an outdated browser. Please upgrade your browser to improve your experience.
by Staff Writer
September 16, 2010

Do flips and tricks on your motocross bike as you travel across the track which is reminiscent of Line Rider. You simply tap to go, and then tilt to do somersaults as you try to make it through the 2D side scrolling course. The game features doodle graphics and ragdoll physics from the makers of the Rope ‘n’ Fly games. 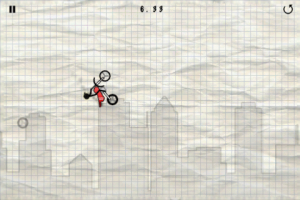 The app includes ten tracks that increase in difficulty, and all are a single line twisting about towards the conclusion. You tilt to control the direction of your bike so it lands after a jump, but if you crash the rider and bike are destructible. OpenFeint is included for online high scores and achievements, and you always race against a ghost of your own best time.

The game is simple, fast paced action where you just tap the right to accelerate, tap the left to brake, and tilt to control the angle of the bike. All ten courses offer plenty of challenge to make it through the steep cliffs, various gaps, and even loops. It feels great when you complete a course, but equally fine when there is an epic crash. 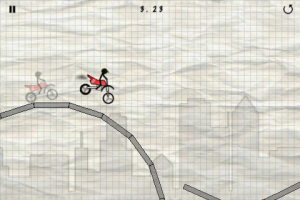 The game feels incomplete at best as there are just too many problems. First off the game never saves your time so every completed attempt of a track leaves you with the only option of starting a new game. As you’re riding along you reach checkpoints which have no point as you don’t restart from that spot, but the beginning every time. There are only ten tracks which you can get through in less than a half hour easily, and there isn’t much incentive to race through them again. Despite the game’s name containing the word stunt there are really no stunts to perform except for a 360, and higher intervals, simply because it’s a 2D side scrolling game. The physics are relatively basic, and that seems to be the overall feel of the game, just basic. 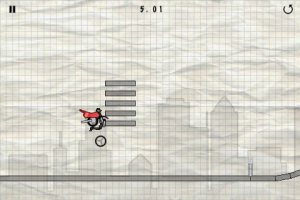 Every level plays the same, and there is no aspect that actually feels fun. The game is very similar to line rider, but at least you get to draw the track in line rider, and in this game the developer has already done that. The steep angles of the game don’t allow for many long jumping points as the bikes engine isn’t that powerful.

Stick Stunt Biker is a relatively simplistic game that offers a lot of challenge though there are only ten tracks. It’s not terrible, it’s just not good, and doesn’t stand out in anyway. There are many better ways to spend $1 in the App Store, so you can steer clear of Stick Stunt Biker. 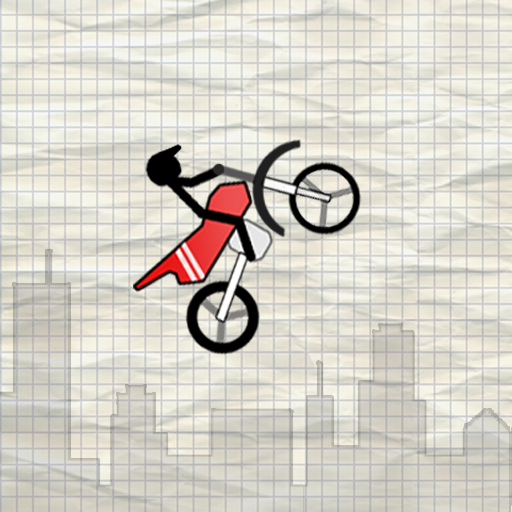 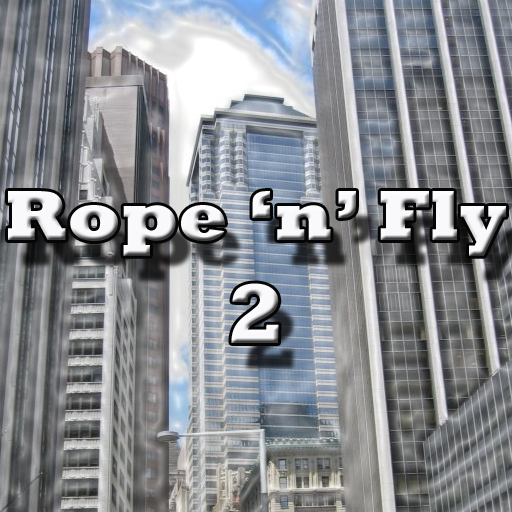 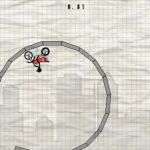 Review: Stick Stunt Biker - Flippin' Around And A Round

Review: Stick Stunt Biker - Flippin' Around And A Round
Nothing found :(
Try something else